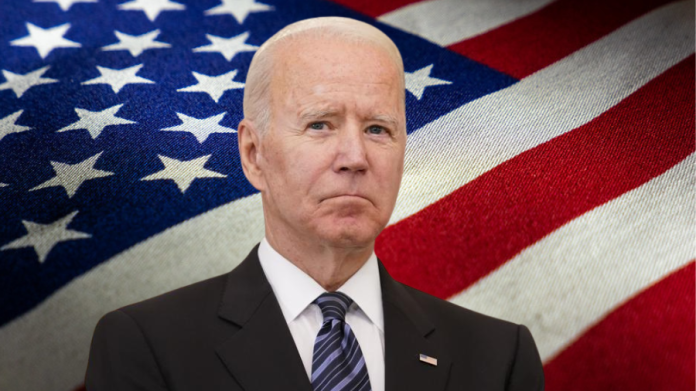 Mr. Biden is no stranger to gaffes, and frequent shenanigans at public events have always kept netizens entertained. Gaffe machine President Joe Biden has included yet another one onto his long list of gaffes, this time, attempting to shake hands with US senator Chuck Schumer twice after his speech.

At a recent public event, US President Joe Biden once again made a gaffe by reaching out his hands a second time after already shaking hands with senator Chuck Schumer, the video of which has gone viral.

Chuck Schumer was speaking at the event, and after some cheers, the senator turned to face Biden and other dignitaries, including Nancy Pelosi. He shook hands with Mr. Biden before going to the officials who were standing next to him. Schumer greeted every official before returning to the ledger and speaking to the audience again. At this point, Mr. Biden could be seen extending his hand to shake hands with Schumer once more. Moments later, the 79 year old US president raises the same palm to his chin as though realising his error.

More than 95 lakh people have watched the video since it was shared. A flood of responses to the video were sparked by Twitter users, many of whom squirmed at President Biden’s behaviour.

All it takes is like 5 seconds for Joe Biden to forget he shook Chuck Schumer’s hand https://t.co/8TneB39Jbn

“I just burst out laughing,” a Twitter user responded, while another said to call the doctor. Others compared the incident to an SNL skit, suggesting that Mr. Biden has no idea of what is going on.

“America can be described in a single word-Asufutimaehaehfutbw”

From US President Joe Biden’s long list of gaffes, his attempt to describe the United States of America in a single word is my favourite one yet, and has also left netizens in splits.

A video of the US President and Vice President Kamala Harris was recently quite popular on the internet. In the video, the 79 year old US president could be heard saying, ““America is a nation that can be defined in a single word.” The single word sounded something like “Asufutimaehaehfutbw”.