“What ends up happening if they can’t keep the lights on?”- DeSantis responds to Newsom’s debate challenge

Florida Governor Ron DeSantis in his response to Gavin Newsom’s challenge to a debate, indicated that he was not interested because he doesn’t know if California “would be able to keep the lights on” for a debate. 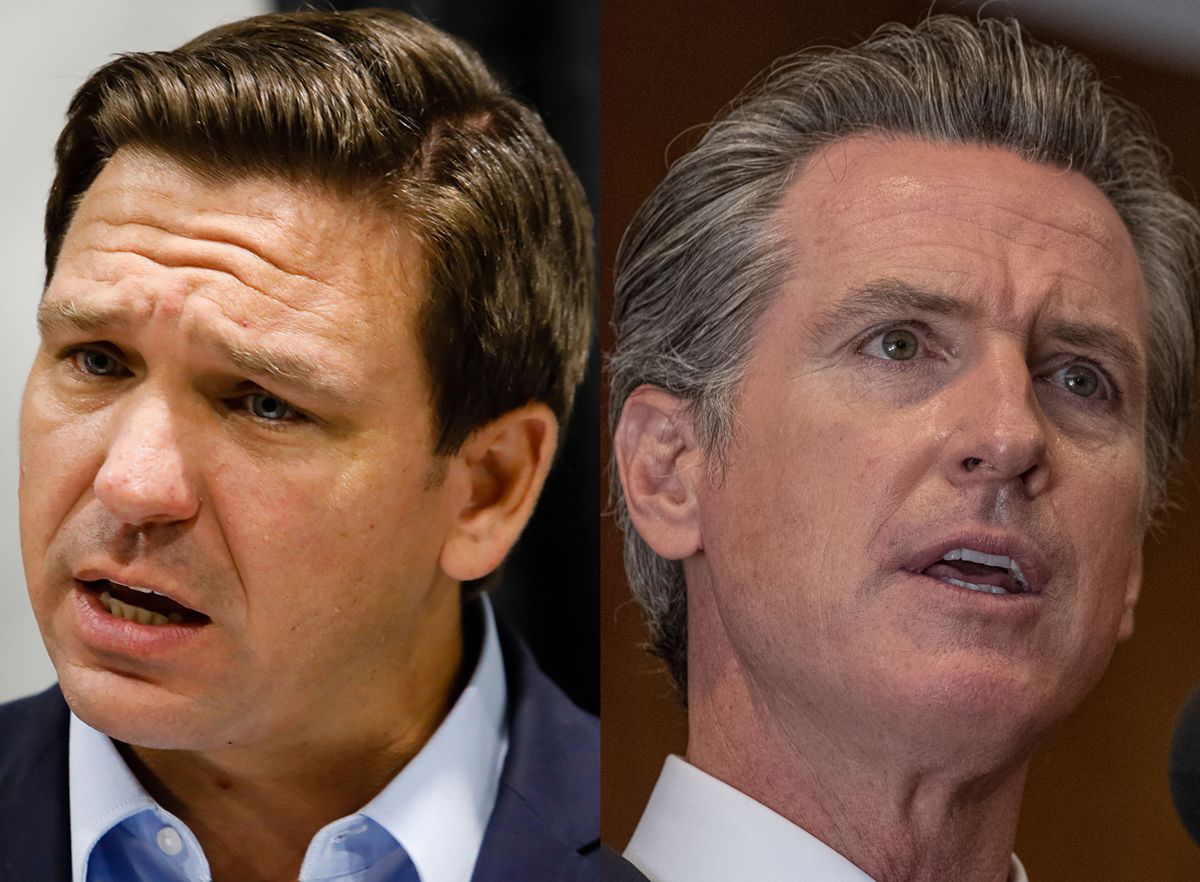 During an interview with Sean Hannity on Monday, the Florida Governor said, “I don’t know if they can reliably keep the power on so you go all the way up there and have a debate and then what ends up happening if they can’t keep the lights on?”

“So, you know, we’re happy with what we’re doing. You know what I do though, Sean, my actions speak louder than my words. There’s certain people that will preen and do that, I understand, we get things done in Florida,” he added further.

The Florida Governor’s response is the latest development in the feud between him and Gavin Newsom, that erupted after the California Governor called for an investigation into Governor DeSantis’ immigration policies and tactics.

“I’ll bring my hair gel, you bring your hairspray”- the feud explained

The feud between the two Governor’s started when Governor Newsom called on the United States Department of Justice to conduct an investigation into Florida Governor Ron DeSantis’ recent decision to use the interest generated from federal funds to fly around 50 immigrants from Venezuela to Martha’s Vineyard to Texas. 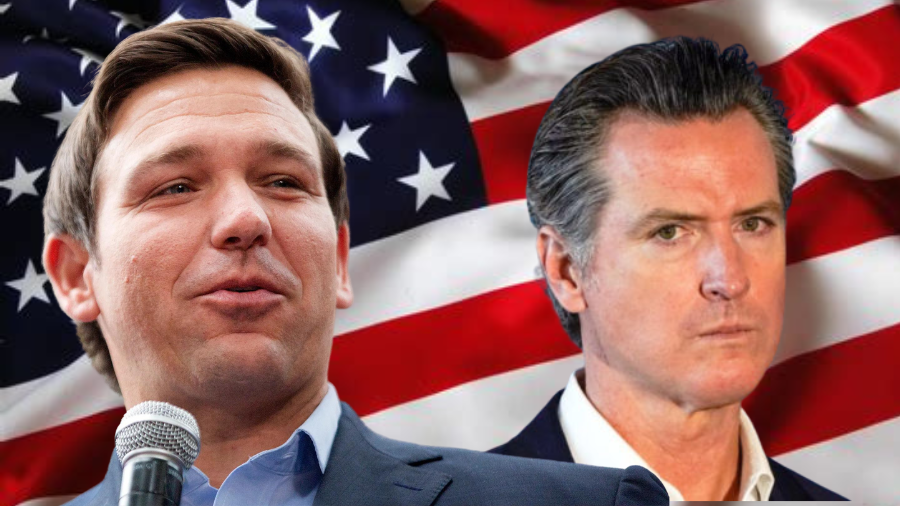 The GOP Governor responded to Newsom’s call for an investigation saying that his excessive use of hair gel is interfering with the normal functioning of his brain.

“So the Governor of California sent a letter to the Department of Justice saying, ‘You need to prosecute Texas and Florida governors’. And all I say is, I think his hair gel is interfering with his brain function,” said Governor DeSantis. Using the ‘hair gel’ quip in a Tweet on Friday, last week, California Governor Gavin Newsom challenged Gov. DeSantis to a debate.

“Hey @GovRonDeSantis, clearly you’re struggling, distracted, and busy playing politics with people’s lives. Since you have only one overriding need — attention — let’s take this up & debate.”-read the California Governor’s tweet that mentioned CNN as well, probably to host the debate.

“I’ll bring my hair gel. You bring your hairspray. Name the time before Election Day. @CNN”- his Tweet read further.

Hey @GovRonDeSantis, clearly you’re struggling, distracted, and busy playing politics with people’s lives. Since you have only one overriding need — attention –let’s take this up & debate. I’ll bring my hair gel. You bring your hairspray. Name the time before Election Day. @CNN https://t.co/vTJHQxfArW

The Tweet was apparently prompted in part by newsman Dan Rather’s Tweet from three weeks ago to Chris Licht, the newly appointed head of CNN. Rather’s Tweet read, “Here’s an idea for Chris Licht, the new head of @CNN. Set up a debate — one-on-one — between @GavinNewsom and @RonDeSantisFL. Two governors of big states, potential presidential candidates. Prime time. Ratings I bet would be huge. Who would have the courage to show up?”

Political analysts say that the debate might prove to be beneficial for both the young and ambitious Governors in gaining a national platform to clearly express themselves.