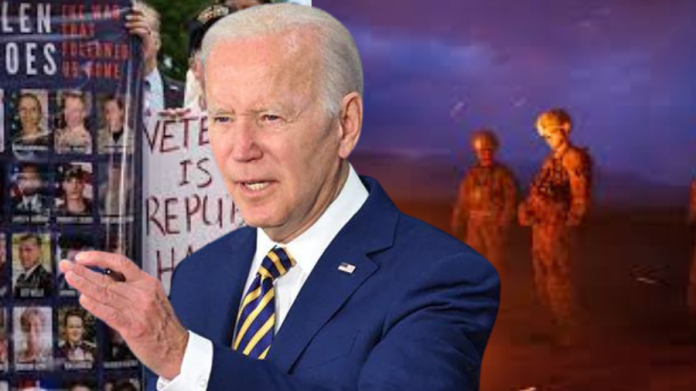 United States President Joe Biden has signed a bill regarding veteran health expanding healthcare services for millions of US veterans who were exposed to toxic pollutants during their service – including smoke emanating from “burn pits”, contaminated water and Agent Orange used in the Vietnam war.

The PACT Act was approved by US president Joe Biden on Wednesday. The law is supposed to provide funds worth more that $280 billion dollars over a ten year period for the approximately 3.5 million affected veterans. In Iraq and Afghanistan, huge ‘burn pits’ were used to burn trash such as plastic tyres, batteries, explosives, human faces, and chemicals. The US military frequently used burn pits in Iraq and Afghanistan during the conflicts that started in 2001 and 2003, respectively, putting up to 2.5 million US veterans at risk of pollutant exposure.

The political campaign to get the bill approved saw several veterans camp outside of Congress in the sweltering heat, constantly pressuring to enact the law, finally came to an end with the signing.

Even after voting nearly identical legislation in June, more than two dozen Republicans had refused to extend their support towards the bill. Eventually, they came around and enacted the law last week in response to a furious outcry from veterans. The PACT Act is regarded as one of the most significant increases in veteran healthcare in recent memory.

Other services will be provided in addition, including compensation for the US veterans who were exposed to Agent Orange during the war in Vietnam. On top of that, the measure extends the period of eligibility for VA healthcare for veterans who served after September 11, 2001 for five to ten years.

Approval of the PACT Act was particularly significant for Biden since he thinks a burn pit from his late son Beau’s time in Iraq may have contributed to his brain cancer that caused his death.

According to President Biden’s statement on Wednesday, the toxic haze that emerged from the burn pits was “thick with poison” that caused severe effects in the lungs of US veterans. Many of the fittest and toughest warriors that were sent to battle were not the same when they returned home. Cancer, numbness, vertigo, and headaches were among the most common symptoms recorded. “My son, Beau, was one of them,” said President Biden.

“Today, we’re one step closer to fulfilling that sacred obligation with the bill I’m about to sign into law,” Biden said at the signing ceremony on Wednesday. “This is the most significant law our nation has ever passed to help millions of veterans who were exposed to toxic substances during their military services.” A tweet posted on the President’s Twitter account also contained a similar message.