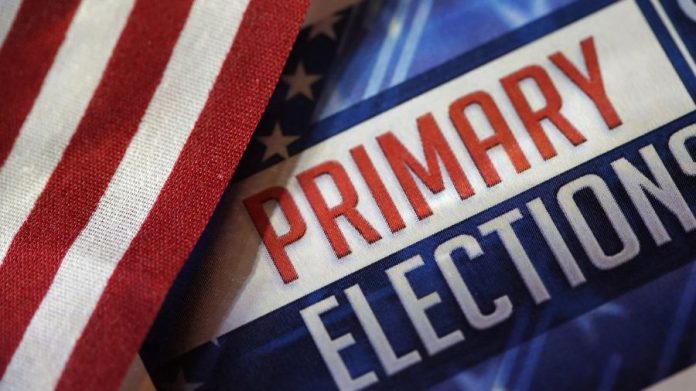 The Ohio Primary elections were conducted on 3rd May 2022 in which the author of the Hillbilly Elegy J.D. Vance won. This election was a true test of the influence that former President Donald Trump held on Ohio State. J.D. Vance will now contest in the general elections held in November against Democrat Tim Ryan.

These primary elections have been the most closely watched Republican primaries in the country. J.D. Vance is considered the GOP Frontrunner who is going to replace Sen. Rob Portman. Even though Vance received Trump’s endorsement late into the contest he managed to win, proving Trump’s influence.

The winners of the Primary Elections in Ohio State for U.S. Senator

J.D. Vance and Tim Ryan were the winners of the Primary Elections in Ohio State. Republican nominee J.D. Vance who was endorsed by Former President Donald Trump and Democrat Nominee Tim Ryan is going to have a face-off in November during the General Elections.

Since in the 2020 Presidential Election Trump won against Biden by 8 votes in Ohio, many people speculate that in the U.S. Senator General elections the Republican party will win. We here are World Wire will keep you updated on all the latest news. Stay tuned to World Wire.

The winners of Primary Elections in Ohio State for Governor

The primary elections in Ohio State for the position of Governor were held on 3rd May 2022. The Republican nominees running for the position of Governor of the State of Ohio are Jim Renacci, Mike DeWine, Joe Blyton and Ron Hood. Mike DeWine won the Primary elections by 514,374 votes closely followed by Former U.S Representative Jim Renacci by 299,515 votes.

James David Vance also known as James Donald Bowman who was born on 2nd August 1984 is an American venture capitalist, politician and author. His most famous work includes the Hillbilly Elegy. Vance is the Republican nominee for the United States Senate elections in Ohio. He wishes to succeed in retiring U.S. Senator Rob Portman.

Vance won the primary elections conducted on the 3rd May 2022. Followed by Former Treasurer Josh Mandel and former Senator Matt Dolan. J.D.After graduating from Ohio State and getting his Bachelor of Arts degree in political science and philosophy, Vance also earned a Juris Doctor Degree from Yale Law School.

Timothy John Ryan born on 16th July 1973 is an American politician and lawyer who served as the United States representative in Ohio since 2013. Ryan is a part of the Democratic Party. After completing his education at Bowling Green State University. He also worked as an aide to the United States Representative James Anthony Traficiant Jr.

Tim Ryan also served in the Ohio Senate for two years. After that, he contested in the elections in which he won and succeeded James Anthonhy Traficant Jr. Ryan decided to try his hand in other things but was unsuccessful. He tried to unseat Nancy Patricia Pelosi as the party leader of the house of the Democrats.

Ryan is the Democratic Nominee to contest in the Primary election in Ohio State. Of all the contestants Ryan won the maximum number of votes and is now going to contest in the general elections held in November against Republican J.D. Vance.

Richard Michael DeWine born on 5th January 1947 is an American politician and attorney. He is serving as the 70th Governor of Ohio. Mike DeWine is a member of the Republican Party. DeWine served as the United States Representative of Ohio from 1983 to 1991.

Mike DeWine served as senator for 7 years from 1995 to 2007. He also served as the 50th attorney general from 2011 to 2019. He currently ran for the primary elections in Ohio state and won the elections. He will now have to run against Democrat Nan Whaley in the Ohio gubernatorial elections.

Nannette L. Whaley born on 23rd January 1976 is an American politician. She served as the 56th Mayor of Dayton, Ohio. She is a member of the Democratic Party. Nan Whaley was the President of the United States Conference of Mayors from 2021 to 2022.

In 2005, Nan Whaley was elected to the Dayton City Commission. Nan was one of the youngest members to ever be appointed to take a seat on the commission. Whaley later ran in the 2013 elections to become the Mayor of Dayton and won by 56 per cent of the votes in 2013. She was later nominated to contest in the Primary elections and won by 326,329 votes. Nan will now have a face-off with Governor Mike DeWine in the Ohio gubernatorial elections.

According to Republican Secretary of State Frank LaRose, there have been no reported examples of ballots being stolen from mailboxes in Ohio. In Ohio, voters may trace their absentee votes online to see if they arrived at the board of elections, he added.

Voter fraud and suppression debates are “oversimplified” for partisan political benefit, according to LaRose.

About 350 cases of non-citizen voters were referred to the attorney general for inquiry, including 77 who allegedly cast ballots incorrectly. 60 of the cases have been submitted to county prosecutors by Ohio Attorney General Dave Yost.

Is TMTG+ the new Trump Tv?