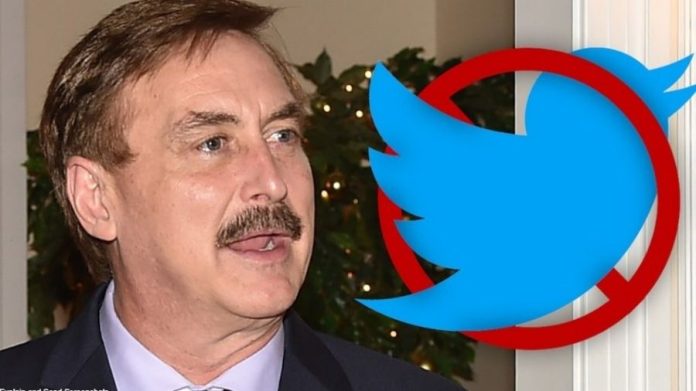 Mike Lindell on Tuesday 3rd May rejoined Twitter under a different user name. He was banned within 3 hours of him rejoining the platform again today. Lindell set up a new account under the username @MikeJLindell. Twitter said that as soon as they could they banned Mike Lindell’s new account too.

He posted a tweet with a video to his new account confirming that it was him and not some random spam account. Steps have been taken against Mike Lindell for violating Twitter’s ban policy.

Elon Musk is a believer in free speech until it does not go against the jurisdiction of the law. Now since Twitter has been taken over by Elon Musk we need to wait and see if he reinstates all the banned accounts.

Michael James Lindell born on 28th June 1961 is an American businessman, and conservative political activist. He is the founder and CEO of MyPillow. Mike is also known as the My Pillow guy. Mike Lindel is a Trump supporter. He made many attempts at trying to overturn the elections in favour of Former President Donald Trump.

Mike Lindell is also a conspiracy theorist. He has proposed many theories about the 2020 presidential elections. He spread theories that the 2020 elections were rigged even after Biden’s administration began. Mike is also a promoter of a poisonous plant extract and alternative cures for COVID.

Mike Lindell is a businessman. In 1980, he tried launching and operating many different small businesses. He even tried opening bars and restaurants around Minnesota, but those businesses didn’t work as he has planned.

Later in 2004, he launched a brand called MyPillow. It was a company that manufactured pillows, bedding etc. It grew fast to become one of the major manufacturing companies in Minnesota. He also founded a social media platform which would be a hybrid of Twitter and YouTube, yet be different from Gab and Parler.

This site was firstly named vocal but due to a fight with a company with a similar name Mike Lindell renamed his company ‘Frank.’

Twitter claims to say that they had originally banned Mike Lindell’s account due to repeated violation of the basic civil integrity policy. Trump’s account was also banned from twitter around the same time and thus he started his own social media platform called truth social.