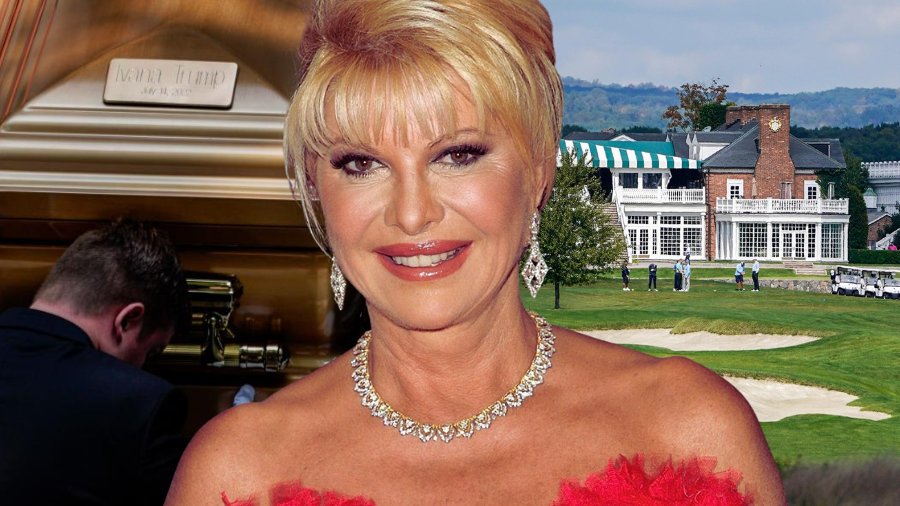 Former president Donald Trump’s ex-wife, Ivana Trump was finally laid to rest on Wednesday at the bucolic Trump National Golf Club cemetery in Bedminster, New Jersey after the opulent funeral service. Ivana Trump passed away last week at her Manhattan residence at the age of 73. She died due to blunt force injuries to her torso, after falling down some stairs. 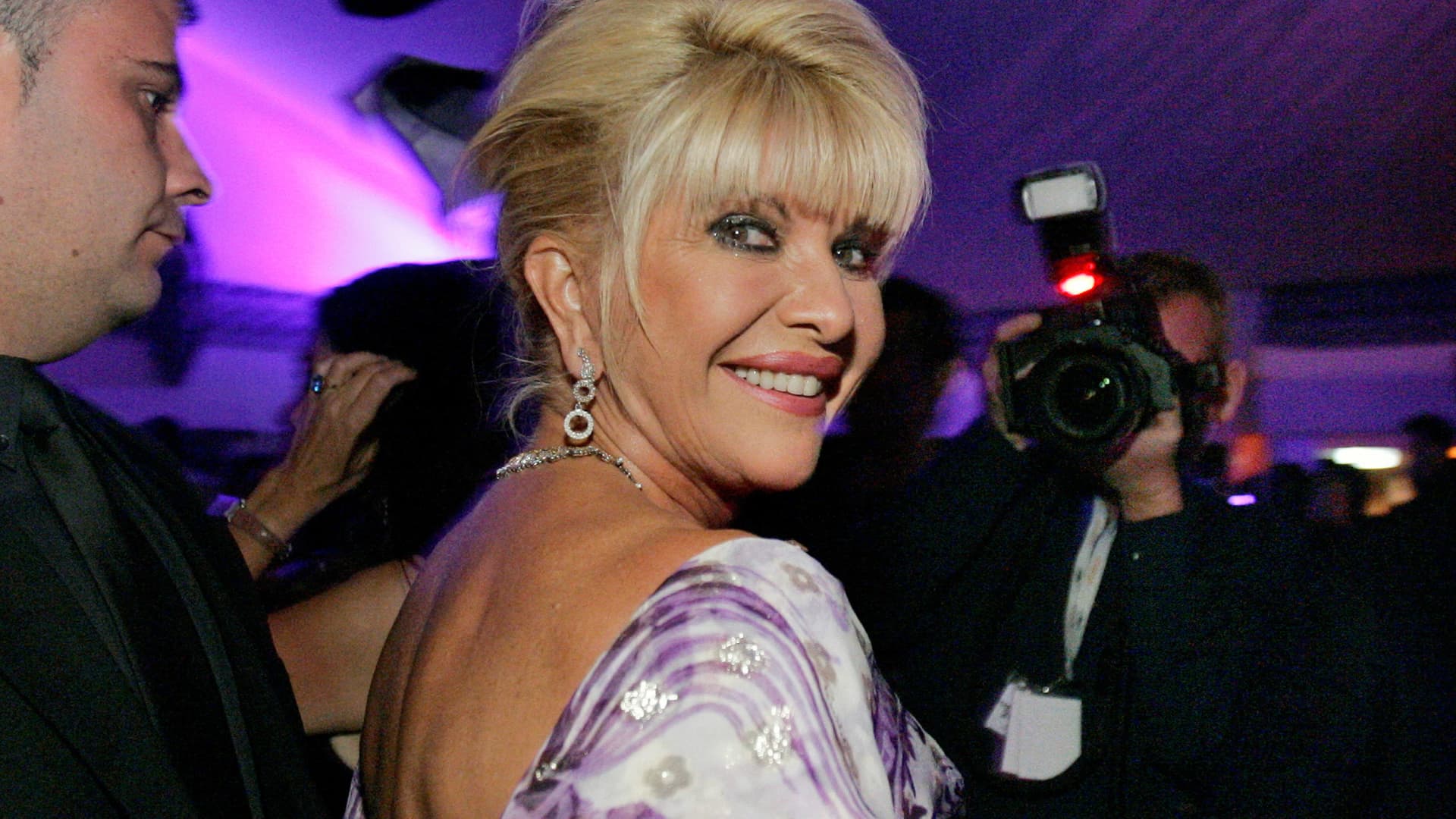 The former wife of the 45th US president was laid to rest in a rose-gold hued casket, at the Trump National Golf Club in Bedminster, New Jersey on Wednesday, after family members and friends said their final goodbyes at her elegant funeral service organized at the St. Vincent Ferrer Catholic Church on the Upper East Side.

The burial site is “not too far from the main club house. They have a private grassy area. It’s just a very discreet piece of granite engraved with her name,” -as cited by a source. The source also shared that the glamorous businesswoman’s kids, Eric, Ivanka, and Donald Jr., said a few parting words to their mother.

Back in 2017, Donald Trump had proposed a plan to build a small graveyard at the Trump National Golf Club in Bedminster, consisting of just 10 plots, overlooking the first hole of the course. The graveyard is exclusively built for the Trump family, which Donald Trump has selected as his final resting place as well.

“Mr. Trump . . . specifically chose this property for his final resting place as it is his favorite property,” wrote Trump’s company in a state-filing back in 2014. According to the source who was in attendance during the burial, the former president referred to his ex-wife Ivana Trump as “an incredible woman she was and what a strong woman and she commanded a room.” The news of the death of Ivana Trump was shared by the Trump family last week on Thursday, when the former president penned down a heartfelt tribute to his former wife on Truth Social. He referred to Ivana as a “wonderful, beautiful, and amazing woman, who led a great and inspirational life.” The post further read, “Her pride and joy were her three children, Donald Jr., Ivanka, and Eric,” he wrote. “She was so proud of them, as we were all so proud of her.”

Some time before the funeral service of Ivana Trump in Manhattan, the former president wrote on Truth Social, ” “A very sad day, but at the same time a celebration of a wonderful and beautiful life.”
Ivanka Trump also delivered an emotional parting speech at her mother’s funeral service, referring to the 1980’s style icon as “a trailblazer for men and women alike.” Holding back tears several times during her speech, she recalled Ivana Trump’s motherly wisdom, “flaunt it while you have it,” referring to Ivana’s mini skirt that “wasn’t mini enough.” She also recalled the favorite catchphrase of Ivana Trump, always delivered in her Czech accent “There’s nothing I can’t do better than in high heels.”
Donald Trump Jr., fondly remembering his mother’s reaction when he threw a temper tantrum when he was four years old, said, “My mother took me to the bathroom and gave me some old world punishment, I left with my butt red. She told me if I cry, she’d bring me back for more. That probably wouldn’t fly today, but maybe it should because I was a perfect little boy for the rest of that dinner.”

Donald and Ivana Trump’s relationship through the years

Former Czech-American model Ivana Zelníčková, met Donald Trump when he was starting his career as a real-estate developer back in the 1970s. The couple got married in 1977 after a few months into the relationship, and in the following years had three children: Donald Trump Jr., Ivanka Trump, and Eric Trump. The couple parted ways in 1992 after a bitter divorce, after which Ivana Trump got a role in the movie titled The First Wives Club, in which she had a line, “don’t get mad, get everything.” Well, she did get everything, when a judge cited “cruel and inhuman treatment” on Donald Trump’s part. Ivana walked away with a $14 million divorce settlement, a Trump Tower apartment along with full ownership of their 45-room mansion in Greenwich, Connecticut. Ivana revealed in a 2020 interview, that it took them two years to get back on friendly terms, after the ugly divorce, taking into account that they had young children to raise. Ivana Trump went on to establish a successful business of her own in the following years, and made a fortune. Her net worth at the of her death was reportedly $100 million.

Ivana Trump also emerged as a major supporter of Donald during his 2016 presidential campaign. “All of my friends are voting for him. I think Donald is going to win,” a magazine reported her saying.

“Donald is very optimistic, and I think he will be a great president, and not because I’m his ex-wife. He will run this country as a business, and we need someone who will be able to make a decision. If he doesn’t win, he’ll go build another skyscraper. He has nothing to lose.” -she said. Ivana also took on the mantle of an “unofficial advisor” to Donald Trump, and took a major chunk of credit for the former president’s infamous social media presence, that ultimately led to a ban. 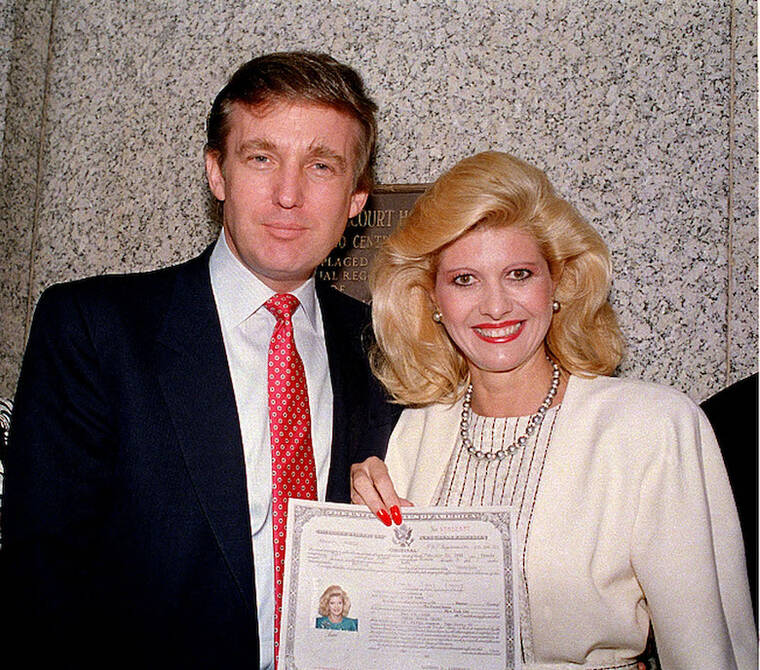 In a 2016 interview with a major news outlet, Ivana Trump also seemed to suggest that the former president offered her the position of ambassador to the Czech Republic.

Ivana Trump stirred up quite the controversy after Donald Trump emerged victorious in the presidential election of 2016, when she declared herself as the First Lady.  “I have the direct number to White House, but I don’t want to call him there because Melania is there and I don’t want to cause any kind of jealousy because I am basically first Trump wife,” she said. “I am first lady,”- said Ivana Trump while speaking to a news outlet. When asked about her opinion on how Melania was doing as FLOTUS, Ivana Trump coyly replied saying, “I am not sure. She’s very quiet, and she really doesn’t go to too many places. She goes to stuff when she has to go,” adding that Melania was “quiet.” Ivana was also asked about her relations with the First Lady, to which she replied saying, “No, I speak directly to Mr. President, and I don’t get involved with his ex-wives and his private life.”

This didn’t sit well with the actual First Lady, and responded saying, “There is clearly no substance to this statement from an ex. Unfortunately only attention seeking and self-serving noise.”