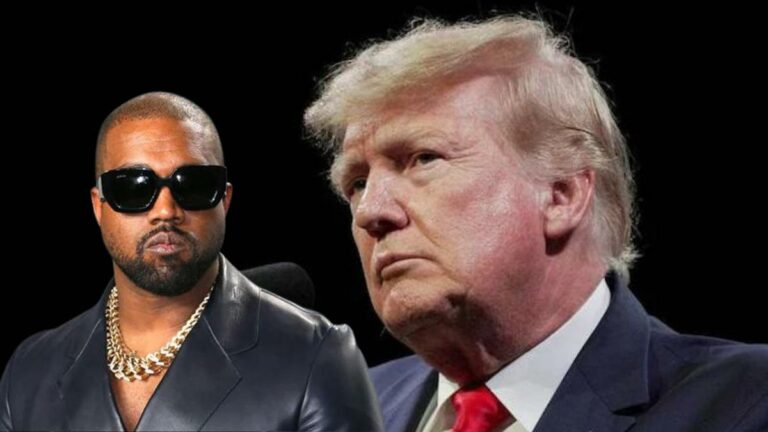 Kanye West has revealed that he has asked former US President Donald Trump to serve as his running mate in the 2024 presidential election. The 45-year-old American rapper said in a tweet on Wednesday, November 23, that he was visiting former president Trump’s ar-a-Lago resort for the first time.

“First time at Mar-a-Lago,” Kanye wrote in the post, who recently changed his name to Ye. “Rain and traffic. Can’t believe I kept President Trump waiting. And I had on jeans. What you guys think Trump’s response was when I asked him to be my running mate in 2024?” he wrote further in his post.

Kanye West announced on Sunday in a YouTube video that he will run for president in 2024. Ye was seen with far-right commentator Milo Yiannopoulos in a video posted to the X17 YouTube Channel, in which Ye referred to him as his campaign manager.

According to Reuters, the American rapper’s 2020 presidential bid became famous for its unpredictability as he claimed that he could win over some Black voters who may have voted for Democrat President Joe Biden.

While he admitted defeat in 2020, he immediately appeared to set the stage for another run, posting a photo of himself in front of an election map that had the words “WELP Kanye 2024” on it.

The announcement of West’s candidacy follows the restoration of his Twitter account following Tesla CEO Elon Musk‘s takeover of the company.

Former President Donald Trump formally announced his candidacy for president in 2024 earlier this month at a campaign launch ceremony held at his private Mar-a-Lago estate in Palm Beach, Florida.

“In order to make America great and glorious again, I am tonight announcing my candidacy for president of the United States,” said the former president. “I am running because I believe the world has not yet seen the true glory of what this nation can be. We have not reached that pinnacle, believe it or not,” he stated later in his speech.