Ivana Trump passes away at 73 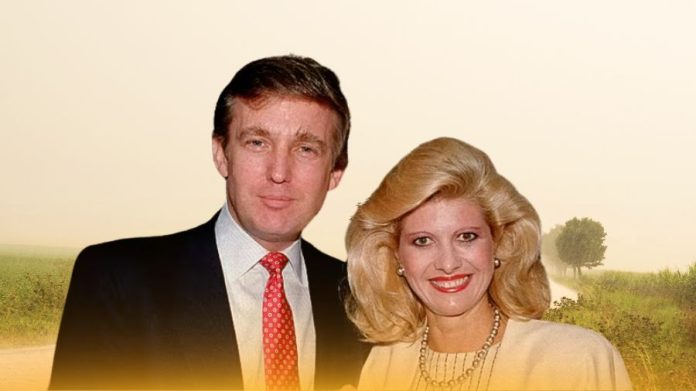 Ivana Trump, a businesswoman from the Czech Republic and the ex-wife of former President Donald Trump, passed away on Thursday in Manhattan. She was 73.

On his Truth Social platform, the 45th president revealed the passing of his first wife, who was also the mother of his three children, Donald Jr., Eric, and Ivanka.

“I am very saddened to inform all of those that loved her, of which there are many, that Ivana Trump has passed away at her home in New York City,” he wrote. “She was a wonderful, beautiful, and amazing woman, who led a great and inspirational life.”

He continued, “Her pride and joy were her three children, Donald Jr., Ivanka, and Eric. She was so proud of them, as we were all so proud of her. Rest In Peace, Ivana!”

According to police sources who spoke to The Post, authorities are looking into whether Ivana Trump may have slipped down the stairs at her East 64th Street residence. Though the formal cause of death will be determined by the city’s Medical Examiner’s Office, it is thought that she experienced a heart arrest when she was discovered at the foot of the stairway.

Around 12:40 pm, building personnel reportedly found her dead and alerted the police. According to a family insider, Ivana Trump’s health had been deteriorating over the previous few years.

The life and time of Ivana Trump

Born Ivana Marie Zelnková, better known as Ivana Trump, was a competitive skier in her youth in Czechoslovakia, reportedly coming close to making the Olympic team.

She worked as a model in the early 1970s, and in 1976, she met Donald Trump, the man who would become her husband. A year later, they got married. Despite their 1992 divorce, she continued to use her ex-illustrious husband’s last name.

Ivana Trump was renowned for her extravagant interior decorating style, her interest in finer things in life, and her big blonde hair.

She was thrown into the spotlight by her marriage to the then-real estate magnate, where she both excelled and failed. Ivana Trump was a mainstay of 1980s New York high society, calling celebrities like Michael Jackson her pals and frequently appearing on magazine and newspaper covers.

“You couldn’t walk down the street without people stopping her. Not everyone loved Donald Trump, everyone loved Ivana Trump,” her friend and former publicist Todd Shapiro told The Post. “She always brought her dog with her, Tiger. Tiger would sit with her at the table wherever she went. Tiger was her partner in crime.”

“Its a very sad day”

In a statement, he said that “our mother was an incredible woman — a force in business, a world-class athlete, a radiant beauty, and caring mother and friend.

“She will be dearly missed by her mother, her three children and ten grandchildren,” he added.

Ivanka Trump is “in shock” over the loss of her mother, a source close to the former first daughter told The Washington Post.

According to the insider, who also mentioned that Ivana Trump had spent her final days in New York City with family, “They were super close.”

Ivanka Trump posted on Instagram on Thursday that she was “heartbroken by the passing of my mother.”

“Mom was brilliant, charming, passionate and wickedly funny. She modeled strength, tenacity and determination in her every action. She lived life to the fullest — never forgoing an opportunity to laugh and dance,” she said.

Throughout their 15-year marriage, Ivana Trump proudly served as the former president’s employee. In the 1980s, she served as the CEO and president of the Trump’s Castle casino in Atlantic City, New Jersey, as well as vice president of interior design for the Trump Organization and manager of the Plaza Hotel.

She alluded to the former president as “The Donald” frequently and claimed in an interview with Vanity Fair in 1988 that “Donald calls me his twin as a woman.”

Following her passing, her longtime friend Roger Stone told The Post that in addition to being “a gracious lady, a great mother, and an incredible hostess…  Ivana was also a great businesswoman and manager.”

He remarked, “She ran a tight ship at the Plaza hotel and greatly improved the performance of the facility. She managed the casino in New Jersey, according to Shapiro, “like a five-star general.”

The fault in Ivana Trump’s stars

After Donald Trump’s affair with model Marla Maples became known, the power couple’s marriage deteriorated. The two proceeded to be married and have a daughter, Tiffany Trump.

Ivana Trump accused her former spouse of rape in a deposition for their divorce proceedings, which attracted attention from all around the world. Later, she denied the charge while Donald Trump was seeking the presidency in 2015.

“I have recently read some comments attributed to me from nearly 30 years ago at a time of very high tension during my divorce from Donald,” she said in the July 2015 statement. “The story is totally without merit. Donald and I are the best of friends and together have raised 3 children that we love and are very proud of.”

Ivana Trump attempted to extract whatever she could from her ex-husband, including the Plaza Hotel. In an interview at the time, she declared, “I will not let men dominate me anymore.”

Ivana Trump made a memorable cameo in the 1996 movie “The First Wives Club,” which helped establish her status as a cultural phenomenon beyond her marriage and gave a not-so-subtle hint to the split.

“Ladies, you have to be strong and independent. And remember, don’t get mad — get everything,” she said in the film.

Nevertheless, they stayed close for the rest of her life. According to a source close to the family, she frequently contacted Donald Trump while he was president to offer him advice. She frequently referred to herself as the “real Mrs. Trump,” much to the annoyance of his future wife Melania Trump.

She claimed to have declined the president’s offer to serve as ambassador to the Czech Republic because she valued her freedom more. In 2017, she commented, adding that she didn’t envy Melania Trump’s position as First Lady, “I would hate Washington.”

After Donald Trump, Ivana Trump married twice more: once in 1995 to Italian billionaire Riccardo Mazzucchelli, whom she later divorced; and once in 2008 to Rossano Rubicondi. More than 20 years younger than her was the Italian actor and model Rubicondi.

The former president’s daughter Ivanka served as maid of honor during the wedding, which took place at Mar-a-Lago and was attended by the couple. They separated after a year, but later reconciled before calling it quits in 2019. Ivana’s boy toy Rubicondi, who was frequently called, passed away in 2021 from melanoma-related complications.

Ivana Trump divided her time between New York, Miami, and St. Tropez in her later years.

Sources revealed to Page Six in 2018 that she frequently consumed hot dogs from an Upper East Side food cart despite being known for her extravagant lifestyle.

George Wayne, a former columnist for Vanity Fair, claimed he was “very close” to Ivana Trump, referring to her as his “Godmama Ivana,” who he claimed was “really quite the recluse,” much to the astonishment of many. He claimed that during the Trump administration, she withdrew more.

On the Upper East Side, her neighbor next door remembered Ivana Trump as “impeccable” and never with a hair out of place. “What can I say about her? I think her life would have been easier if she changed her name,” Broadway producer Judith Ann Abrams told The Post.

“It’s the end of an era on this block. She was always very nice to us, very friendly … I’ll miss her.