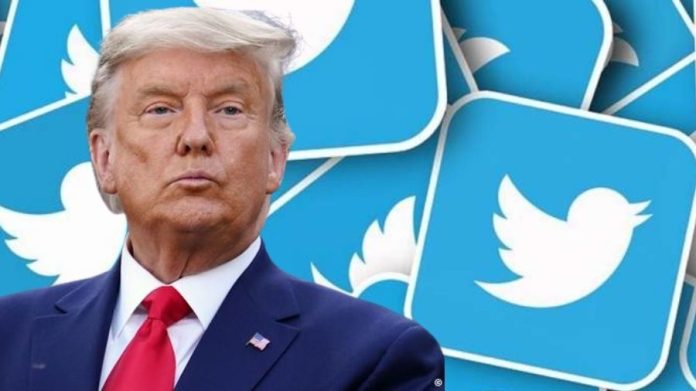 A federal judge dismissed a lawsuit by former President Donald Trump seeking to lift his ban from Twitter. The social media giant had banned Trump in January 2021, citing the risk of incitement of further violence on the heels of the Capitol riot by a mob of supporters of the then-president Donald Trump. The Judge allowed Trump’s lawyers to file an amended complaint by 27th May. The lawsuit alleged that Twitter violated the First Amendment of the United States Constitution. Former President Donald Trump’s lawyers alleged in a court filing last year that Twitter “exercises a degree of power and control over political discourse in this country.”

“The amended complaint merely offers a grab-bag of allegations to the effect that some Democratic members of Congress wanted Mr Trump, and ‘the views he espoused,’ to be banned from Twitter because such ‘content and views’ were contrary to those legislators’ preferred points of view,” the judge said. The lawsuit alleged that Twitter violated the First Amendment of the United States Constitution. They claimed that Section 230 of the Communications Decency Act is unconstitutional and also made claims that Twitter used “deceptive and misleading practices” that are in violation of the Florida Deceptive and Unfair Trade Practices Act.

Why was Donald Trump Banned from Twitter in the first place?

Twitter permanently suspended President Donald Trump’s social media account citing the risk of further incitement of violence. His account was banned after the attack on the US Capitol on 6th January 2021. Twitter’s official explanation for why it permanently blocked Trump’s account was that his last two tweets violated the company’s Glorification of Violence policy and were part of a broader pattern of encouraging violence during the transition of presidential powers. “In the context of horrific events this week, we made it clear on Wednesday that additional violations of the Twitter Rules would potentially result in this very course of action,” – said the company in their blog post.

Before the company permanently banned Donald Trump’s Twitter account, Twitter had previously temporarily suspended Trump’s tweets for violating its policies on civic integrity and violence and warned that they will be forced to ban him if he kept violating their policies. Now, users can no longer see Trump’s tweets, and former President Donald Trump is unable to post on his account.  Many critics have long argued that Twitter should take a firmer stance against Trump due to his dangerous use of the platform to spread lies and violent rhetoric while on the other hand, Trump’s supporters are questioning it entirely.

Donald John Trump Born on 14th June 1946 is an American politician and a businessman. Donald Trump was the 45th President of the United States of America and he is a member of the Republican party. Trump is also the founder of Trump Media & Technology Group. In 2000, he tried running for the California and Michigan primaries but later dropped out. Trump even contemplated running for the presidency in 2011 against Barack Obama but later announced that he won’t run. Trump contested in the 2016 presidential elections winning against Democrat Nominee Hillary Clinton. Trump served as the President till 2020 when he lost the 2020 presidential elections to Democratic Nominee Joe Biden.

After graduating from the Wharton School with a bachelor’s degree he became the President of his father’s real estate company and renamed it The Trump Organization. He diversified the business by entering the construction industry, he also had many side ventures. Trump’s political agendas have been described as populist, protectionist, isolationist and nationalist. Many of his comments and actions have been shown to display racism he has also been claimed to believe in white supremacy and many as misogynistic. He even made many misleading statements during his presidency and promoted many conspiracy theories.