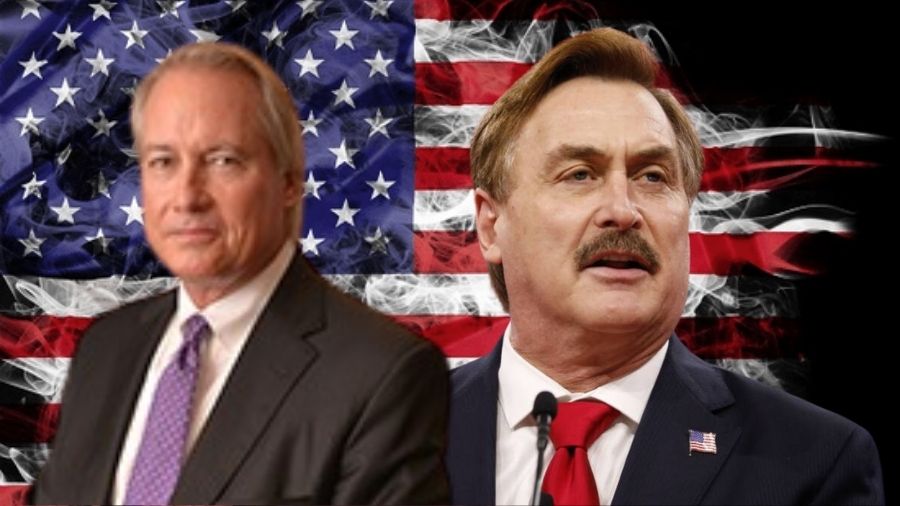 Pro-Trump lawyer Lin Wood has turned on longtime friend and fellow election truth conspiracy theorist Mike Lindell. Attorney Lin Wood, a prominent supporter of former President Donald Trump who has filed multiple legal challenges to the 2020 election results on behalf of the former president, has recently claimed that he believes MyPillow founder and CEO Mike Lindell might have been “played” by the Deep State. Deep State is a type of governance made up of potentially secret and unauthorised networks of power operating independently of a state’s political leadership in order to get one’s own agenda and goals fulfilled. Though both Wood and Lindell are generally seen as allies in support of Trump and his false election claims. Lin Wood raised concerns in a post this week that he felt Lindell may have been cheated.

“I no longer follow him. I have no use for his products. I don’t like what he is selling” Wood said in an interview. Lin Wood fell out with the MyPillow CEO Mike Lindell after an election audit that Wood had backed fell apart. Lin claimed that Lindell’s ally David Clement is a child abuser and also called him a member of the Red Shoe Club. Wood called Clements an agent of the “deep state” and suggested he was a member of the “Red Shoe Club,” a baseless conspiracy theory that claims people who wear red shoes, torture children. Lin took all this further when he shared a meme depicting himself cutting off Clements’ head on Sunday.

Lin decided to pursue law after he found his mother beaten to death by his father when he was 16 years old. His father pleaded guilty for involuntary manslaughter and thus his sentence was reduced from first-degree murder and he was convicted to only two years of imprisonment. After Lin Wood was admitted to the Georgia Bar he dealt with lawsuits including personal injury cases and medical malpractices for 19 years from 1977 to 1996.

Lin Wood gained recognition for defending Richard Jewell who was wrongly accused of bombing the Centennial Olympic Park in Atlanta. Lin Woods went on to become a celebrity lawyer and a nationwide known defamation lawyer. Lin’s other clients are JonBenet Ramsey, former congressman Gary Cadit and the victim in the Kobe Bryant case. Lin also defended then-presidential candidate Herman Cain in a sexual assault case in 2011. Lin Wood was the main man and undercovered the sham against DaVita Healthcare. The suit was settled for $450 million-plus up to $45 million in fees in the year 2015.

Lin was the lead attorney in Nicholas Sandmann’s defamation suits which Sandmann filed against a number of media companies, including the big names like CNN and The Washington Post. Nicholas Sandmann who studies at Covington Catholic High School was at a part of the Lincoln Memorial Confrontation in January 2019. In January 2020, Wood settled with CNN, and in July 2020, the suit was settled with The Washington Post. In December 2019, Wood lost a multi-million defamation case he fought for Vernon Unsworth against Elon Musk.  In 2020 and 2021, Wood also represented fellow conspiracy theorist and US Representative Majorie Taylor Green for Georgia’s 14th congressional district.  He also represented Mark and Patricia McCloskey, the couple who aimed firearms at the black lives matter protesters in 2020.