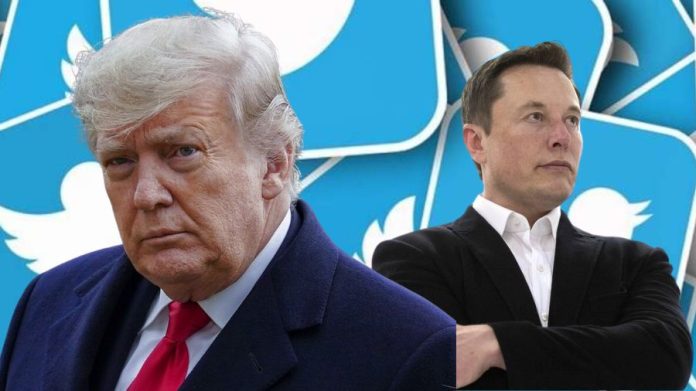 Musk said that Trump’s Truth Social exists because the former President’s views were censored on Twitter. Trump launched Truth Social in February 2022 after he was banned from Twitter in January 2021 post the Capitol riot. Musk says that he has intended to maybe relax the content moderation rules on Twitter. Truth Social has become the top app in the AppStore, way ahead of Twitter and TikTok.

Musk says that Twitter “needs to undergo a lot of changes”

The Ceo of Tesla Motors Elon Musk buys Twitter on the 25th. Elon Musk is the second-largest shareholder of the company after the Vanguard group. Musk claims to be a believer in the concept of free speech. According to Musk, the social media platform Twitter needs to undergo a lot of changes. The CEO of Tesla motors feels that these changes can only be brought about by a private company.

Many people feel that Musk wants to implement various changes in the platform. Though he has not specifically said that he wants to change anything, he has expressed dislike towards how this platform censors things it doesn’t like. Musk wants twitter to be a platform that practices free speech.

Elon Reeve Musk born on 28th June 1971 is an entrepreneur, business magnate and investor. Musk is the CEO of many companies. He is the founder of SpaceX, Tesla Motors, The Boring Company and also co-founder of Neralink and OpenAl. Musk was born and raised in Pretoria, South Africa. He moved to Canada at the age of 17 before going to study at the University of Pennsylvania. He earned a bachelor’s degree in economics and physics from The University of Pennsylvania.

As a kid Musk developed an interest in computing and video gaming at the age of 10 and even created his own video game. Musk started his career with his two internships in Silicon Valley in 1994. He further went on to receive a PhD in material science from Stanford University. Musk’s net worth has been valued at around US$265 billion in 2022. Forbes and Bloomberg Billionaire’s index named Musk the wealthiest man in the world.

Musk started his career in 1995 when he founded a software company alongside his brother Kimbal. They named the company Zip2. The company developed and marketed internet maps of newspaper publishing industries. It even included producing maps, directions and yellow pages. Later an American IT Company called Compaq acquired Zip2 for $307 million. Musk got $22 million for his share.

In 1999, Musk further went on and developed and co-founded an online financial service and email company. He named it X.com. The company gained a lot of recognition as 200,000 people joined it in the initial months of starting it. Later the company merged with Confinity, an online bank. Musk in the later years went on to form several more companies and even got involved with a non-profit Mars society. Musk’s most famous company is Tesla Motors.

Donald John Trump, born on 14th June 1946, is an American politician and a businessman. He is the founder of Trump Media & Technology Group. Trump was the 45th President of the United States of America. He belongs to the Republican party. He also co-produced and hosted the reality TV show, The Apprentice. After graduating from the Wharton School with a bachelor’s degree he became the president of his father’s real estate company and renamed it The Trump Organization. He diversified the business by entering the construction industry, he also had many side ventures.

Donald Trump later joined politics. In 2000, he tried running for the California and Michigan primaries but later dropped out. Trump even contemplated running for the presidency in 2011 against Barack Obama but later announced that he won’t run. Trump contested in the 2016 presidential elections winning against Democrat Nominee Hillary Clinton. Trump served as the President till 2020 when he lost the 2020 presidential elections to Democrat Nominee Joe Biden.

Trump Media & Technology Corp is a technology and media company started by Former President Donald Trump. He founded this company in order to take a stand against Big tech censorship. Trump’s battle against Big Tech censorship began in earnest after he was banned from social media platforms one after another after the Capitol riot of 2021. To take his anti-Big-Tech propaganda a step further, Trump founded Truth Social a social media platform which promotes free speech.

Former Congressman Devin Nunes has been appointed the CEO of Trump Media & Technology Corp. Digital World Acquisition Corp. (DWAC) has also announced a merger with TMTG after the launch of Truth Social.

Truth Social is a platform that promotes free speech. It aims at being a platform where anyone can express their opinions without fear of censorship. Devin Nunes has recently announced that the Truth Social web version will be available for public access by the end of May.