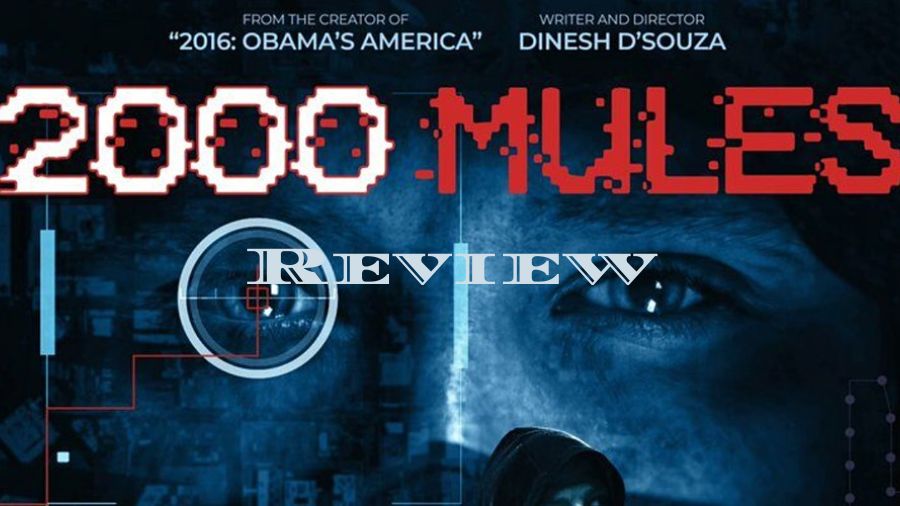 Those who have already seen it appear to be very enthusiastic about it. The film brought Oscar-nominated screenwriter Roger L. Simon to tears about halfway through. He said that seeing democracy destroyed in that way was terrible.

In his review, he primarily discusses the film’s concept, rather than the film itself. It is extremely rare to see this; only the most exceptional films and documentaries arouse passionate discussion from critics; most simply discuss the film itself.

The majority of critics discuss the film’s writing, cinematography, lighting, story, script, and screenwriting; critics rarely discuss the film’s actual subject in their reviews.”While adhering to the reviewer’s rule of not spoiling the story completely.”

“But first, let me say this: you must absolutely watch this film! Try to get your liberal and progressive family and friends to see it as well. I know it will be difficult, that they will resist at all costs or dismiss what is in front of their eyes as false information, but changing even one mind is worthwhile, if not heroic,” he stated.

This isn’t just another election documentary; it’s a comprehensive examination of the election’s complexity and deception. In order to uncover the truth, Dinesh is joined by Charlie Kirk and a number of others, and a research team. They have been able to identify 242 mules in Atlanta who went to an average of 24 drop boxes using satellite mobile phone monitoring.

The majority of this illegal “voting” took place in the early mornings, between 1 and 5 A.M, which really is exactly when most people think of voting, right? In the video, people are seen dumping an excessive amount of ballots into drop boxes, which is quite distressing to watch. They also found a very crowded mule who moved to six different counties in one night to deliver ballots to 27 different drop boxes. The most pressing question, however, is whether vote trafficking was sufficient to tip the scales? You’ll have to find out for yourself.

On May 2nd and 4th, 2000 Mules was released in select theatres. On May 8th, it’ll be available for streaming on SalemNow or the Locals website. Join our Telegram channel to learn more about the film’s release. You will be informed of the movie’s release date, as well as other conservative goodies.

How to purchase tickets

The 2000 Mules website allows you to purchase tickets and select the theatre closest to you.

Dinesh Joseph D’Souza was born on April 25, 1961. He is an Indian-American political commentator, agitator, writer, filmmaker, and conspiracy theorist. D’Souza has written more than a dozen books, including several New York Times best-sellers. D’Souza, a native of Bombay, came to America as an exchange student and later attended Dartmouth College.

He became a naturalised citizen in 1991. From 2010 to 2012, he served as president of The King’s College, a Christian college in New York City, until resigning due to an alleged adultery scandal. D’Souza and his wife each contributed $10,000 to Wendy Long’s Senate campaign in 2012, with D’Souza making an agreement in writing to credit $5,000 from his wife and $5,000 from him.

He instructed two others to pay an additional $20,000, which he promised and delivered. Individual political contributions were limited to $5,000 per candidate at the time under the Election Act. Two years later, D’Souza pled guilty in federal court to one felony count of making an illegal political contribution through a “straw donor.”

He was sentenced to eight months in a halfway house close to his home in San Diego, as well as five years of probation and a $30,000 fine. President Donald Trump pardoned D’Souza in 2018. D’Souza is often referred to as a neoconservative. In the United States, he defines conservatism as “conserving the principles of the American Revolution.”

D’Souza argues in his book Letters to a Young Conservative that conservatism is a hybrid of classical liberalism and ancient virtue, emphasising “the belief that there are moral standards in the universe and also that living up to them is the best way to live a full and happy life.” He also criticises the current liberal belief that “human nature is intrinsically good” and that “the world’s great conflicts… emerge out of terrible misconceptions that can be corrected through ongoing discussion and UN mediation.”

Other movies by Dinesh D’Souza

Given his illustrious past, you’d think he’d gain plenty of new fans and followers once he switched to podcasts in October 2021. If you genuinely think this, you are correct; the podcast has since been updated with over 200 episodes. Let’s take a look at some of the most memorable episodes.

Dinesh shows how the Biden administration has shifted from classifying January 6 demonstrators as domestic terrorists to labelling parents who reject Critical Race Education as such in this episode. Despite the fact that a Facebook whistleblower exposes illegal activity on the platform, Dinesh shows how the Left is using her to force for more digital laws. On January 6, a vengeful court ruled against a nonviolent protester who isn’t even wanted by the Biden administration. Jack Posobiec joins Dinesh to discuss his new children’s book, The Island of Free Ice Cream. You’ll notice a tone to his speech in his podcast that I think is fantastic; it’s peaceful while also being energetic.

In this episode, Dinesh gets Rep. Marjorie Taylor Greene’s candid take on the Biden administration’s chaos and controversies. Ray Epps’ involvement in the January 6 event, according to Dinesh, could be the “smoking gun” that reveals the FBI’s involvement. Dinesh reads a NY Times headline about censorship in Russia and China very carefully, noting what it doesn’t say. Dinesh explains how the desecration of a Jefferson monument implies that Gulliver is losing his battle with the Lilliputians.

In this special episode, Dinesh examines Critical Race Theory’s central premise, the persistence of racism. Dinesh claims that if racism is infinite and will always exist, it must have existed in the past as well. Dinesh makes a compelling case for racism’s historical roots, based on his own race research over the previous 25 years, dating back to “The End of Racism” in 1995. Dinesh then goes on to explain what it was before painting a picture of how racism in Western culture might be eradicated. Here is a link to the podcast.

Dinesh has an in-depth discussion with Ian Hutchinson, an MIT nuclear physicist, about the compatibility of God—mostly, the Christian God—and science in this episode. Dinesh uses the example of a Soviet greengrocer given by Vaclav Havel to demonstrate how the Biden administration’s various agencies spew mindless ideological slogans. Dinesh demonstrates China’s latest hypersonic nuclear weapon technology’s incredible ingenuity and power. Dinesh also talks about China’s new law, which states that if a child commits crimes, the parents must be held responsible.

Dinesh has an in-depth discussion with Julie Kelly, the lone investigative reporter covering the January 6 trials and aftermath, in this special edition. Dinesh and Julie will examine every aspect of the Left’s narrative surrounding those events, which is gradually but inevitably unravelling. So, what exactly happened? What were the motivations of the perpetrators? Is the state’s power being used for good or is it being abused? Why isn’t the Republican Party speaking up or intervening? Dinesh will conduct an open and honest investigation into particular actions and circumstances with the lady who has relentlessly pursued the truth despite obfuscation, delay, and deception.

She was born in the Texas city of Richmond. She and her husband, Bryan, co-own a high-precision oilfield machine shop, which they founded in 1994. Catherine had very little political experience prior to 2008. She was a self-described “life activist.” She had a lot on her plate as a wife, a mother, a church founder and board member, a PTO officer at her children’s school, a city volunteer, and a business person. She, like many others, believed that government should be left to “politicians” who could be trusted to act in the best interests of the American people.

He was born and brought up in the small North Carolina town of Hayesville. He showed an early interest in theatre when he insisted on being taken to the junior league college to see plays by Tennessee Williams, John Guare, and Bertol Brecht by his bemused parents. Seeing plays like these shaped his perception of theatre and the world.

Greg moved to New York on a scholarship with the Merce Cunningham Dance Studio after receiving a BFA in acting and a minor in dance from East Carolina University in Greenville, NC (Greg hadn’t ever danced until his first dance class at the age of 18). Studying there was yet another step in his growing understanding of the theatrical possibilities.

After several years as a struggling actor in New York, he returned to his hometown, where he was offered the position of artistic director of The Licklog Players. What once was a small summer theatre had become a year-round venue that produced ten musical acts a year, many of which he directed, during his five years as artistic director.

He is a conservative radio host and author from the United States. He is the host of The Dennis Prager Show, a nationally syndicated radio talk show.

He co-founded PragerU in 2009, which produces five-minute videos from a conservative American perspective.  Beginning in 1969, his political work focused on Soviet Jews who were unable to emigrate. He gradually began to provide more and more political commentary. His views are generally conservative in nature.

He is a British-born Hungarian-American media figure (currently with Salem Radio and previously with Fox News), intelligence and military analyst, and former government official who served as a Deputy Assistant to the President in President Donald Trump’s administration from January 2017 to August 25, 2017.

Gorka was born to Hungarian parents in the United Kingdom, lived in Hungary from 1992 to 2008, and became a naturalised American citizen in 2012. Gorka has written for a number of publications, is a conservative, and has ties to the alt-right, though he dismisses the phrase and has condemned the alt-right, continuing to call it “bogus” and “a fresh label for nationalists or irredentist bigots.”