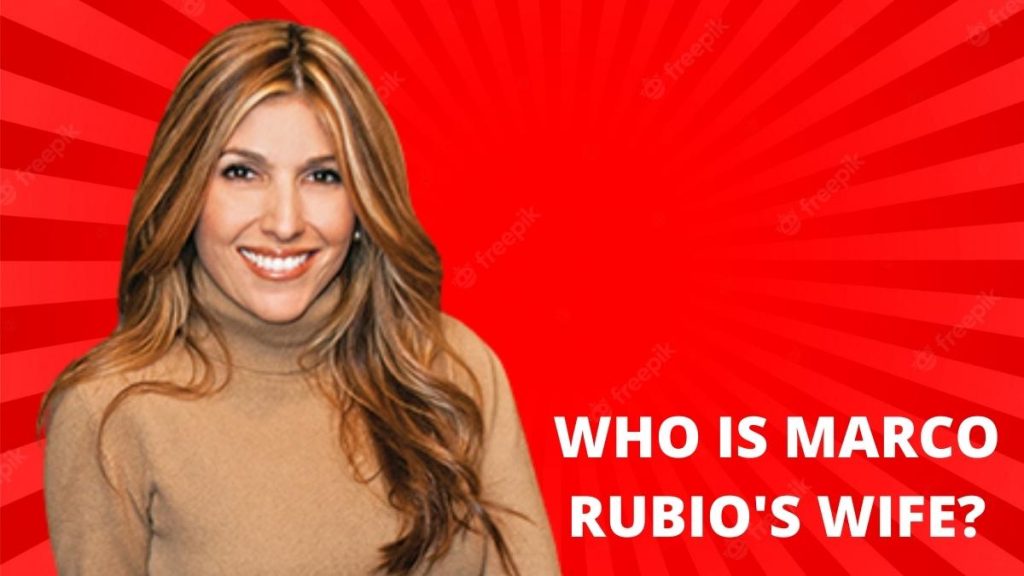 Florida Senator Marco Rubio has a romance that seems right out of the 1993 ‘Sleepless in Seattle’ love story; literally and figuratively. The Republican Senator’s wife, Jeanette Dousdebes Rubio who might not frequent his campaign trails very often, has nevertheless remained a loyal and supportive partner all throughout Marco’s political career.

Marco Rubio’s Wife: Here’s everything you need to know about her Marco Rubio is married to Jeanette Dousdebes Rubio. The two tied the knot in a traditional Catholic ceremony at the Church of the Little Flower in Coral Gables, Florida in 1998.

Marco met his wife in high school located down the road from where they currently live in West Miami. Marco won over his future wife’s heart not just with his boyish good looks and charming sense of humour.

What captured Miss Dousdebes’ heart was the fact that he “was different. He had a depth about him that for me, that’s I think what struck me about him,” she says. The two started dating in 1990, when Rubio started college, after which they broke up for a short period in 1995. Embracing the single life in Miami did not sit very well with the future Senator, and made him question what actually mattered to him in his life.

Rubio recalls the night when he finally realized how important Jeanette was to him in his memoir, The American Son. “I looked down at my shoes. They were perfectly white,” Rubio wrote in his book. “The foam had somehow bleached the color out of my cheap and obviously fake leather shoes. … I left the club and found the nearest payphone.”

Marco called Jeanette that night seeking to reignite their romance, and three years later, the two got married.

After a long period of dating for seven years, Rubio proposed to Jeanette while on a trip to New York City, once he was out of law school. He got down on his knee on top of the Empire State Building and popped the question. Jeanette, in a recent interview, revealed that the proposal was inspired by her favourite movie ‘Sleepless in Seattle’ (1993).

“At the time I did enjoy ‘Sleepless in Seattle’. And so he decided, ‘Let me, you know, be creative,’ and so he tried to put something that I liked at the time, and incorporate it in.”- she said. 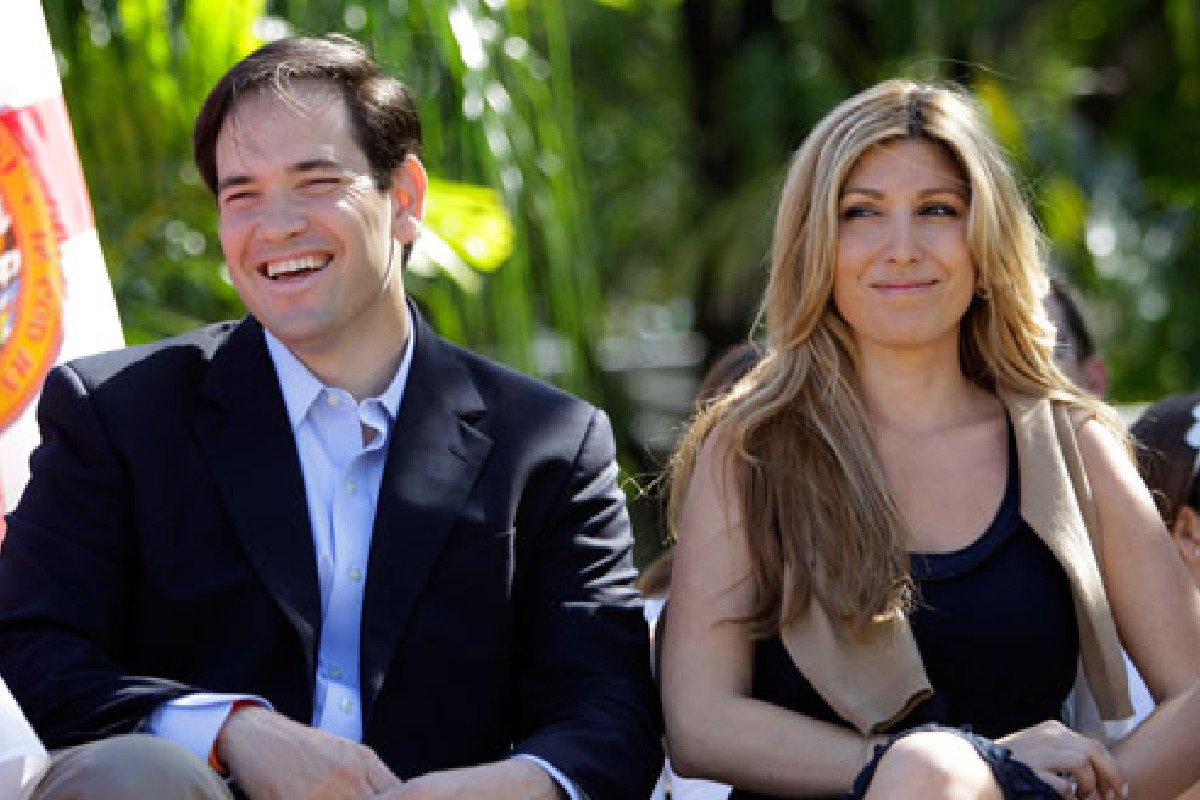 While the proposal did look like it was taken right out of the movie, Rubio couldn’t hide his eccentric side after Jeanette said ‘yes’. After putting the ring on her finger, Rubio took it right back, afraid that it might fall off the Empire State building and get lost forever. “So he put it on and he goes, ‘Okay, let me take it off and we’ll put it, I’ll put it back on downstairs,'” Jeanette recalled her husband saying.

Marco Rubio’s wife Jeanette Rubio has always preferred to stay out of the spotlight and keep her life private. But that did not stop some things from getting out. Here’s a list of some things that you might not know about Jeanette:

According to a major news outlet, the Florida Senator’s wife has been a cheerleader for the Miami Dolphins for the duration of one season. Apparently, the profession did not fit right with Jeanette’s introvert personality, and she decided to drop out. In fact, Jeanette only joined the cheerleading squad because her sister (who was also on the team) asked her to.

It didn’t come as a surprise to her teammates when she decided to leave. “She wasn’t that cheerleader type,” said Natalie Vickers, who was on the team with her in 1997, adding that Jeanette was “more introverted than 95 percent of the team.”

Even though Marco Rubio;s wife has tried very hard to keep her life away from the media’s attention, she could not hide her terrible driving record from the public eye.

According to a report by a major news outlet, the Rubio’s have been flagged for 17 traffic code violations since 1997, and Jeanette is responsible for 13 of them. The report also revealed that Mrs. Rubio had to take a four-hour basic driver improvement course in 2000, which she apparently failed to complete, leading to an additional fee.

Poor driving and cheerleading stint aside, Mrs. Rubio has always been fiercely protective of her beautiful little family of six (The couple have four children). The fact she had to see her mother go through two divorces before even turning 18, has played a significant part in her overly protective nature towards family and settled life.

After getting married in 1998, Jeanette dropped out from the Miami International University of Art & Design (now called the International Fine Arts College) the same year as she was pregnant with her first child.

Politcs was never something that Mrs. Rubio came to good terms with, even though she tolerates it well. According to Marco, his political ambition has greatly interfered with Jeanette’s hopes for a “settled, predictable family life.” Mrs. Rubio has often claimed that Marco is cheating on her with ‘Miss Politics.’

Mrs. Rubio has never failed to make Marco abide by family obligations, and has never hesitated to make long trips from South Florida to the state’s remote capital, Tallahassee (Marco was a State Rep. there) where drinking late at night and late night deals were rampant to remind the Florida Senator of his duties.

Marco’s aides recall a rather frequent communication from Jeanette while he was a candidate for the US Senate in 2010 that always contained something along the lines- ‘his travel schedule should be designed in a way that brings him home at night whenever possible’.

Jeanette works in a part time position for Norman Braman, a politically active billionaire auto dealer in Miami, where she researches non-profit groups in the region that seek donations from Mr. Braman. 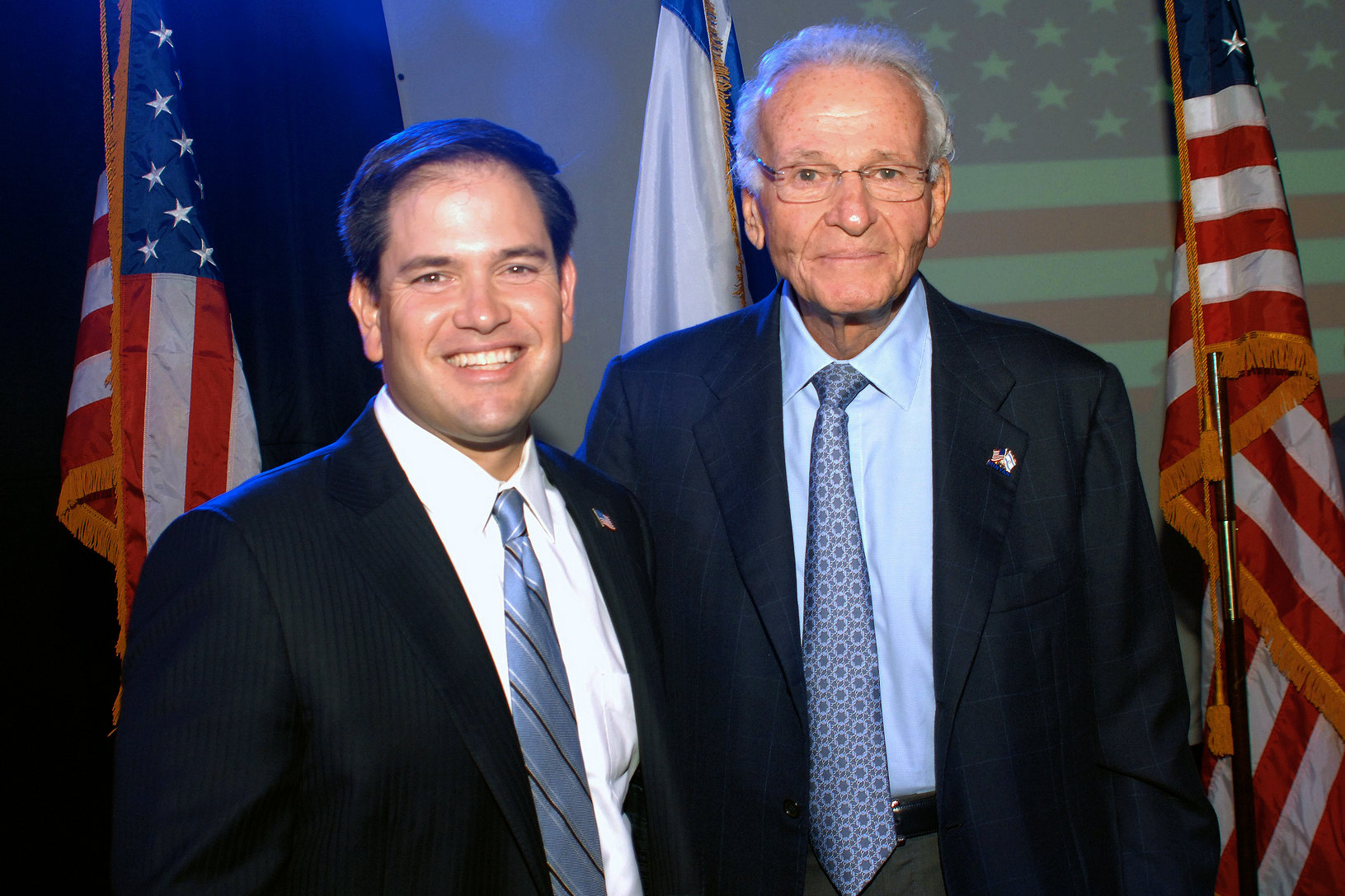 Mr. Braman has lent financial support to Marco’s campaigns several times. The Florida Senator has previously worked for the businessman as a lawyer as well.

Mrs. Rubio has always kept the Florida Senator’s ego in check, which is evident from Marco’s tribute to Jeanette in his 2008 speech at the Legislature. He advised the crowd to “Surround yourself with people that will tell you you are a fool and that you are acting like a fool,” adding, “Jeanette does that a lot, by the way.”

Jeanette and Marco currently live in Miami with their four children aged between 8 and 15.