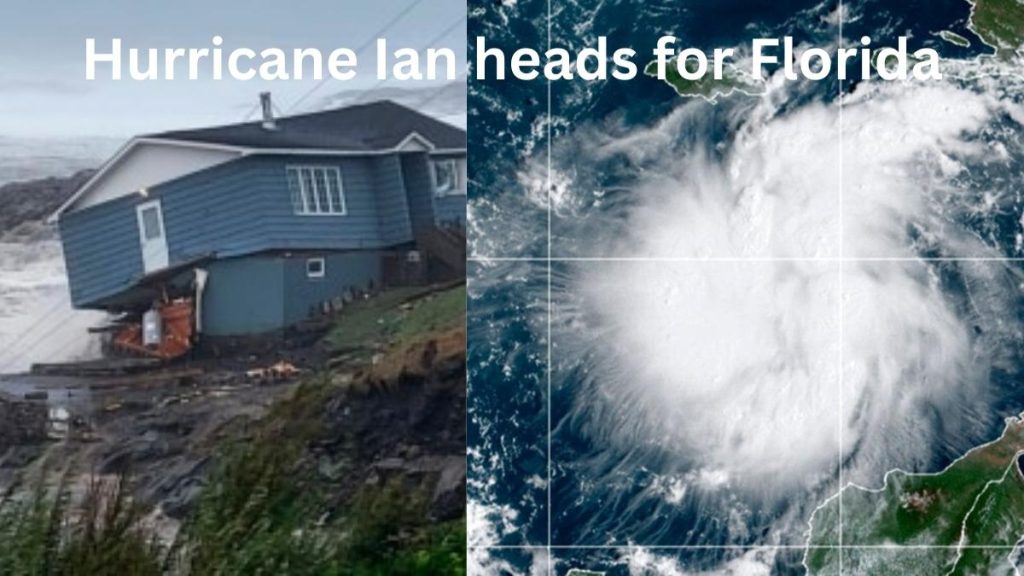 This article contains all the information you need about hurricane Ian, and its course to Florida.

Tropical Storm Ian developed into a hurricane on Monday morning, warning residents along the coast of the storm’s impending arrival.

The National Hurricane Centre declared the tropical storm a hurricane at around 5.00 a.m., when its winds reached 75 miles per hour. Coastal residents are on high alert for the storm. Hurricane Ian is on its way to Florida and is currently approaching western Cuba.

Tampa and St. Petersburg appeared to be among the most likely targets for their first direct hit by a major hurricane since 1921 as of Monday.

“Please taketreat this stormseriously. It’s the real deal. “This is not a drill,” Hillsborough County Emergency Management Director Timothy Dudley said at a storm preparation news conference in Tampa.

According to state media, authorities in Cuba were evacuating 50,000 people in Pinar del Rio province, dispatching medical and emergency personnel, and taking precautions to protect food and other crops stored in warehouses. The hurricane center predicted that storm surge along Cuba’s western coast could reach 14 feet (4.3 meters) Monday night or early Tuesday.

The majority of Florida’s counties have declared a state of emergency. The Gulf Coast of Florida (including Tampa Bay) is under hurricane warning. Residents along the coast of Hillsborough County, including Tampa, are being forced to evacuate.

The remainder of the county is under voluntary evacuation orders. Tampa residents have been ordered to evacuate. The hurricane is expected to become a major hurricane within 48 hours.

Florida Governor Ron DeSantis has urged all Floridians to prepare for the impending storm. Due to the potential dangers of Hurricane Ian, he also declared a state of emergency for all 67 counties.

Storm surge coming in with a vengeance, Tampa Bay could see surge of ten feet

The forecast path of Hurricane Ian northward near the Florida coast endangers millions, particularly with its potentially lethal and devastating storm surge, which could push into bays and streams, flooding homes and businesses miles inland.

Storm surge and extreme rainfall are expected to increase the risks along more than 200 miles of Florida’s west coast this week. On Monday, storm surge watches and warnings were issued along portions of both coasts. Ocean water levels could rise by up to ten feet.

Ian was moving northwest at 13 mph (20 km/h) on Monday night, about 130 miles (209 kilometers) southeast of Cuba’s western tip, with top sustained winds reaching 100 mph (155 km/h). The hurricane’s center passed to the west of the Cayman Islands, but no major damage was reported, and residents were returning to the streets as the winds died down.

“We seem to have dodged the bullet” Grand Cayman resident Gary Hollins said. “I am a happy camper.”

Ian will not linger over Cuba, but will slow down over the Gulf of Mexico, growing wider and stronger, possibly producing significant wind and storm surge impacts along the west coast of Florida, according to the hurricane center.