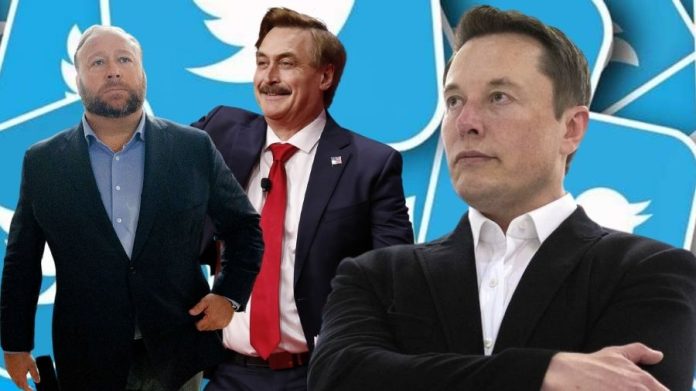 Elon Musk, CEO of Tesla and SpaceX, has confirmed that he will lift the lifetime ban on former President Donald Trump’s Twitter account. Musk made the announcement at the Financial Times Future of the Car Summit. He intends to do so after acquiring full ownership of the Bluebird company in a few months.

On January 8, Twitter barred the former president from using the platform for the rest of his life after he was accused of inciting a violent riot at the US Capitol Hill by Trump supporters on January 6, which left at least five people dead.

Elon Musk said earlier this week at the Financial Times Future of the Car Summit that Twitter’s decision to ban the former president from using the site was a “morally bad decision” and “foolish in the extreme.” “The point that I’m trying to make that is probably not getting across is that banning Trump from Twitter didn’t end Trump’s voice. It will amplify it among the right. And this is why it was morally wrong and flat-out stupid,” Musk said.

What does this mean for all the others who have been banned?

Elon Musk revealing his decision to reinstate former President Donald Trump’s Twitter account may come as a huge respite for all the other Republicans who have previously been banned from using the social media site, on grounds of violating Twitter’s policies.

While in a virtual conversation with host Benny Johnson at the Future of the Car Summit, Musk said that permanent bans should never even be enacted in the first place. Instead, temporary restrictions or timeouts on the activities of such an account should be imposed, and permanent bans should only be imposed on fake scam accounts.

A few weeks back, MyPillow CEO Mike Lindell actually tried to slip back on Twitter, in an attempt to circumvent his 2021 ban. He created a new account and Tweeted a video of himself letting everybody know that he was back. “Hello everybody, I’M BACK ON TWITTER! My only account is @MikeJLindell! Please RT and FOLLOW to SPREAD THE WORD,” -he Tweeted to let his followers know. He also posted a video of himself, asking his followers to let everybody know. “Please share with everybody you know, let everybody you know, so we can get the word out on Twitter in case they do take it down. Thanks a lot for helping out.” -he said in the video. But he was re-banned shortly after.

Former President Donald Trump recently stated that he will not return to Twitter, even if the ban is lifted, and will instead focus on Truth Social. In response to the growing calls on Twitter from rightists to “Bring Trump Back,” he issued a statement revealing his decision.

Despite widespread public support, Donald Trump has simply refused to return to Twitter. Despite Elon Musk’s takeover of Twitter, former President Donald Trump has decided to withdraw from the Bluebird social media platform. Twitter has become “too boring,” according to the ex-president. He will keep using Truth Social, his own social media platform that he launched in February of this year.

“I am not going on Twitter, I am going to stay on Truth,” Trump told Fox News. “I hope Elon buys Twitter because he’ll make improvements to it and he is a good man, but I am going to be staying on Truth” -he added. “I want everybody to come over to TRUTH — conservatives, liberals, whatever,” Trump said further in the statement. “The response on TRUTH is much better than being on Twitter.”