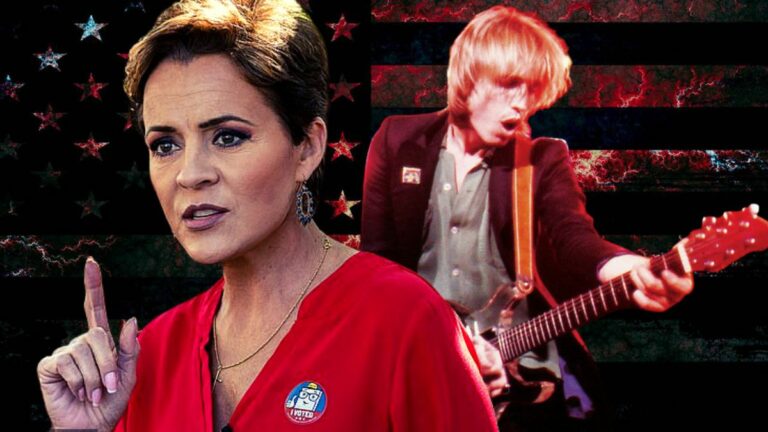 Kari Lake received a cease-and-desist letter from Wixen Work Publishing, the label that publishes Tom Petty’s music, questioning her usage of the hit song “I Won’t Back Down” on Friday. The letter comes after Katie Hobbs defeated the Republican candidate for governor of Arizona this week.

Wixen addressed the letter to Lake’s team as early as Friday night. The letter stated that the song’s use “carries the erroneous implication that plaintiffs are supporting her,” which was “revolting.”

Jane Benyo Petty, Tom Petty’s ex-wife, condemned Lake’s use of the song to contest the results in a statement. She said, “Tom Petty would never let Kari Lake, an election denier, use his great anthem to not concede a legitimate election. His alliance with Trump makes the situation even worse. She will receive a cease and desist letter. I want to thank all the fans on Twitter who told me about the video.”

The Tom Petty estate and our partners were shocked to find out that Tom’s song “I Won’t Back Down” was stolen and used without permission or a license to promote Kari Lake’s failed campaign. pic.twitter.com/DoT71whO43

Kari Lake is currently refusing to accept the loss and is implying that voter fraud cost her the election. Lake seems to be driving home the very same fact through her use of the song in question. She shared a video of the song on social media earlier this week. And on Friday, it appeared to have been removed from all sites. Tom Petty’s estate denounced Lake’s usage of the song and said it was exploring legal action.

Since artists criticized Donald Trump‘s usage of their songs in his campaigns and rallies, the use of music by politicians has become a heated topic. But artists frequently don’t have a lot of legal tools to combat this.

Any additional use of the song, according to Wixen, might result in a fine of up to $150,000 per offence. Wixen demanded that Lake stop using the song right away. It also ordered Lake’s team to confirm receipt of the letter by the following week and to provide information on any additional uses.