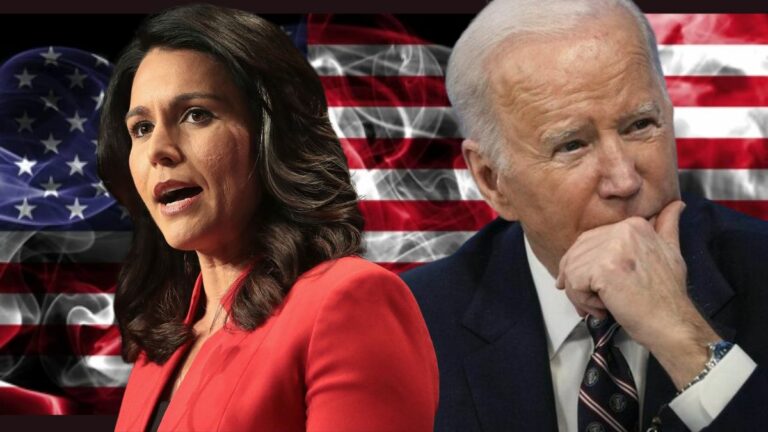 Tulsi Gabbard spoke about how the radical program of the extreme left being imposed on children is the exact cause of the sharp rise in the number of transgender adolescents.

The former presidential candidate and American politician highlighted a study that appeared in the Journal of the American Medical Association of Pediatrics. The survey found a 389 percent increase in the number of reconstructive procedures between 2016 and 2019. Early adolescents were the subjects of a majority of these procedures.

Tulsi Gabbard also brought up a different statistic. According to a report by the Williams Institute at the University of California School of Law, there have been twice as many transgender youths in America in the last five years.

“When we look at these statistics, we have to realize that this is not a coincidence. It didn’t just happen. This is very intentional,” she said according to a report by Demokrata and blamed radical left-wing propaganda for the shocking statistics. “They deny the existence of objective reality by rejecting the most basic truth of biological male and female differences,” she said, noting that those in power, including the medical establishment, continue to push procedures and so-called treatments like anti-puberty drugs.

President Biden recently stated that it should be simpler for transgender kids to obtain the means to affirm their gender identity. The president also wrote that “transgender children are fulfillment for their parents, joy for their friends, and created in the image of God. Affirming a transgender child’s identity is one of the best things a parent, teacher or doctor can do.”

The most recent study has shown that these treatments have numerous negative effects that can damage children’s life. The American College of Pediatricians issues a warning about the potential hazards of sex hormones and puberty blockers. Such pharmaceutical drugs are frequently provided to children who experience gender dysphoria. The organization listed osteoporosis, mood disorders, convulsions, and cognitive decline as side effects. When paired with cross-sex hormones, sterility also shows up as a negative effect of puberty blockers. Cross-sex hormones cause a higher lifelong risk of heart attack, stroke, diabetes, blood clots, and cancer.