Big tech social media company Twitter has finalised a takeover deal with Tesla CEO Elon Musk, at a final price of a whopping $44 billion dollars. This boils down the per-share price to $54.20. This is one of the world’s biggest deals in the world of technology, giving the entire control over the Bluebird company to Elon Musk.

“Free speech is the bedrock of a functioning democracy, and Twitter is the digital town square where matters vital to the future of humanity are debated. I also want to make Twitter better than ever by enhancing the product with new features, making the algorithms open source to increase trust, defeating the spambots, and authenticating all humans. Twitter has tremendous potential – I look forward to working with the company and the community of users to unlock it,” -the Tesla CEO said in a statement to the press, which was posted to his official Twitter account once the deal was confirmed. 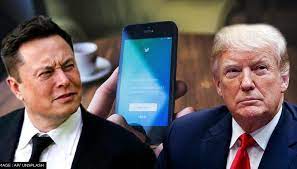 Twitter was initially against accepting Musk’s offer and had put up a ‘poison pill’ defence to tackle the takeover, however, once the Tesla CEO announced that he had secured funding, the board of Twitter started negotiations on the deal. According to reports, Musk privately met with shareholders and conducted several meetings over video calls to “ extol the virtues of his proposal” and push his case.

“I hope that even my worst critics remain on Twitter because that is what free speech means” -he tweeted later.

Former President Donald Trump has decided not to re-join Twitter, despite Elon Musk’s takeover. The Bluebird company has become “too boring” according to the ex-president. He will stick to his own social media platform, Truth Social, which has recently been launched in February. According to reports, the company’s shares dropped by 13% after the deal was confirmed, bringing the Digital World Acquisition Corp.’s year to date losses to around 30%.