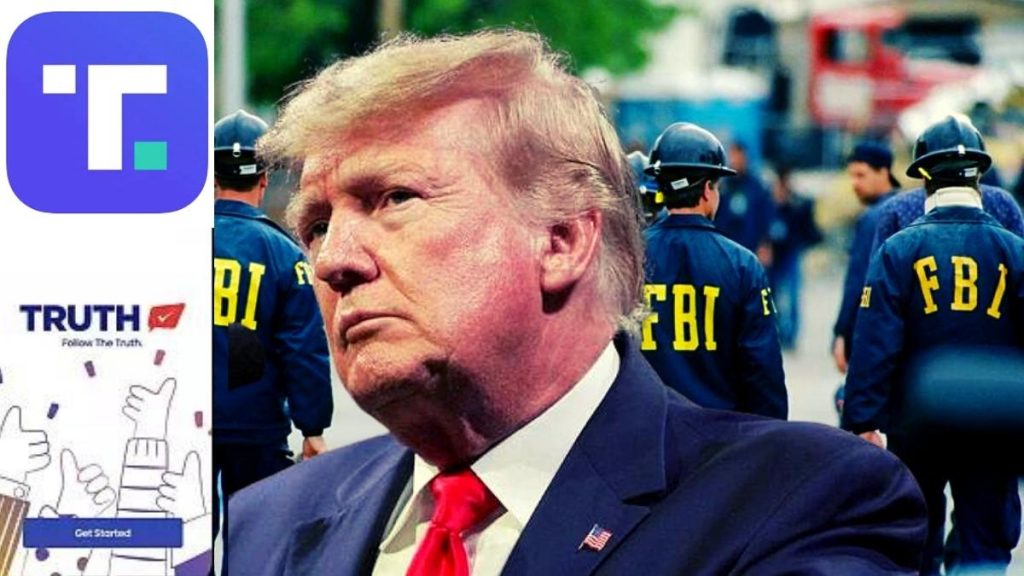 On August 9, the day after agents searched his home, the app rose 66 places in the Apple App Store, from 76 to 15. The FBI were looking for boxes of classified information that had been taken there after his presidency ended. Truth Social, the social media somewhat resembling Twitter, backed by former President Donald Trump’s media and technology company (TMGT), was put forward into the national spotlight on Thursday last week, after the incidents relating to Ricky Shiffer. He was the man who attempted to break into an Ohio FBI building while armed with a rifle. Schiffer had made violent threats against the FBI through his Truth Social account. He was shot and killed by police on Friday.

Shiffer’s profile was no longer publicly accessible as of Thursday night. But posts from other users containing similar vitriol still continued on Friday. Many users have left angry messages about the FBI. In recent days, the majority of the rage has been directed at the investigation agency.

The resentment of Mr. Trump’s supporters towards the FBI has continued to grow, with Truth Social providing fertile ground. Among the top eight hashtags displayed on the former president’s social media platform as of Friday afternoon, four of them including #EndTheFBI, #DefundTheFBI, and #FBIcorruption, were highly critical of the FBI.

Many users are harshly critical of anyone they believe is acting against Donald Trump. The list also includes Liz Cheney, a Republican Congresswoman who voted to impeach Trump and is assisting with the investigation into the Capitol riot.

Following the raid at Mar-a-Lago, former president Trump himself has taken to his social media platform to attack the FBI in a slew of posts. He labelled the raid as “prosecutorial misconduct” and “unnecessary”.

Following the raid, the former president appeared extremely distraught. In his post on Truth Social, he said, “These are dark times for our Nation, as my beautiful home, Mar-A-Lago in Palm Beach, Florida, is currently under siege, raided, and occupied by a large group of FBI agents,” he said in a statement posted on his Truth Social network. “It is prosecutorial misconduct, the weaponization of the Justice System, and an attack by Radical Left Democrats who desperately don’t want me to run for President in 2024,” Mr. Trump said. “They even broke into my safe!” he added.

The former president has launched numerous other jibes at the FBI. The former president has stated that the government agency extremely corrupt. Mr. Trump, in his post stated that the Federal Bureau of Investigation had had a “long and unrelenting” history of corruption. He also pointed to the example of J. Edgar Hoover, the ex-president said that nothing has changed, except the fact that it has gotten even worse. “Look at Comey, McCabe, Strzok and lover Lisa Page. Check out the brilliantly written but damning I.G. Reports. See what they were willing to do in order to get Crooked Hillary Clinton elected (they failed), and got caught! They spied on my campaign, pushed the FAKE Dossier, and illegally used the FISA Court. . .” the post read further.

In addition to several messages he wrote, Trump reposted a number of messages from supporters. Some of the accounts he reposted bore names that alluded to QAnon or the alt-right. They also linked to debunked conspiracy theories about the FBI. Truth Social debuted in February this year. Mr. Trump promoted the app as an alternative platform that would allow everyone to live free of social media censorship. Its rollout, however, had several technical hiccups, and users have discovered that there are limits to what is permitted on the platform over time. Truth censored conversations about abortion rights and the Jan. 6 riot, according to a report published by the non-profit consumer advocacy group called Public Citizen.

Truth Social has attracted a small but dedicated user base, largely devoted to Trump, who began posting to the platform in late April.