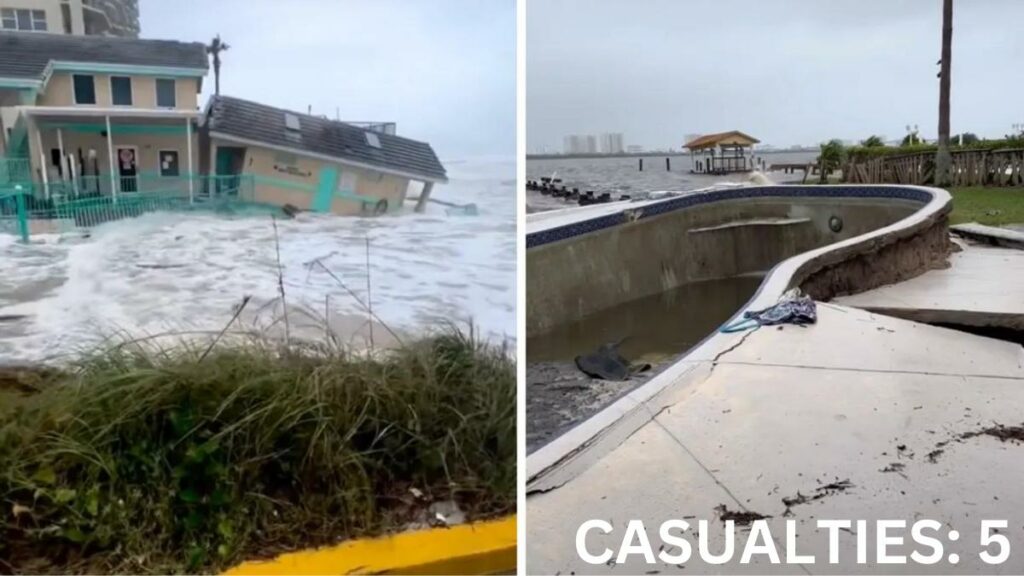 The damage and destruction caused in the wake of tropical storm Nicole that took the lives of at least five people, became increasingly clear by Thursday morning as several homes along the east coast of Florida were left on the brink of collapse.

After being shocked by a downed power line in Conway, Florida, an unresponsive man was pronounced dead Thursday morning, while a woman traveling with the man was also electrocuted and later died at a hospital.

Another storm-related incident has claimed the lives of two more people. According to the station, the fifth death was reported by the Cocoa Police Department after a woman called 911 around 4:30 in the morning to report that her husband was in distress.

The woman and her 68-year-old husband were discovered on their yacht docked at Lee Wenner Park, as the waves tossed the boat around. Firefighters boarded the yacht and begin CPR on the man, despite the fact that the yacht had broken free from the dock and was drifting away. The boat was secured by responders, and the couple was taken to the hospital, where the man was declared dead.

Due to the storm, all 67 counties in Florida declared a state of emergency. According to the National Hurricane Center (NHC), isolated flash flooding, urban flooding, and small stream flooding are expected throughout the Southern United States. 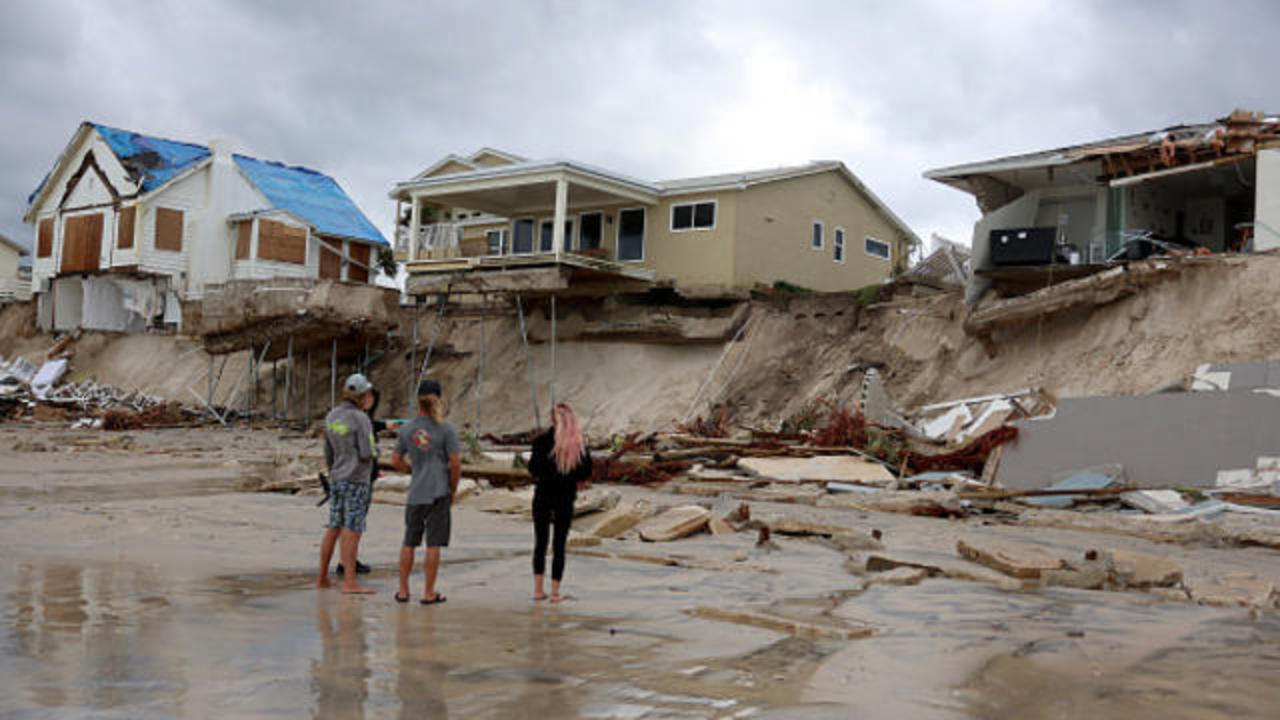 Nicole is continuing its destructive path across the southeastern United States, causing multiple fatalities and significant damage. Nicole made landfall as a Category 1 hurricane just before sunrise on Thursday and has since been downgraded to a tropical storm as it churns over Florida. Its damaging winds and heavy rains swept homes and piers along the coast into the ocean, causing widespread damage throughout the state.

The National Hurricane Center reported that the storm’s center was 20 miles north of Tallahassee with maximum sustained winds of 35 miles per hour at 10 p.m.

Evacuations were also prompted by storm damage to buildings. At least 25 single-family homes in Wilbur-by-the-Sea, as well as 24 hotels and condos in New Smyrna Beach and Daytona Beach Shores, were deemed unsafe and evacuated.

Along the hurricane’s path, several sections of the coastal A1A highway were washed out.

At the height of the storm, over 300,000 Florida power customers were without power, but that figure had dropped to around 100,000 by late Thursday evening. During the storm’s peak, gusts reached over 80 mph in some places.

Air travel on Earth remained difficult in the Southeast as well. Some airports in Nicole’s path, including Orlando, Melbourne, Palm Beach, and Daytona Beach, were closed on Wednesday. The airports in Miami, Tampa, and Jacksonville remained open.

For Nicole, the storm closed many of central Florida’s theme parks earlier than usual on Wednesday. Walt Disney World and Universal Studios both closed in the afternoon on Wednesday but reopened later Thursday. SeaWorld and Busch Gardens were still closed as of Friday.