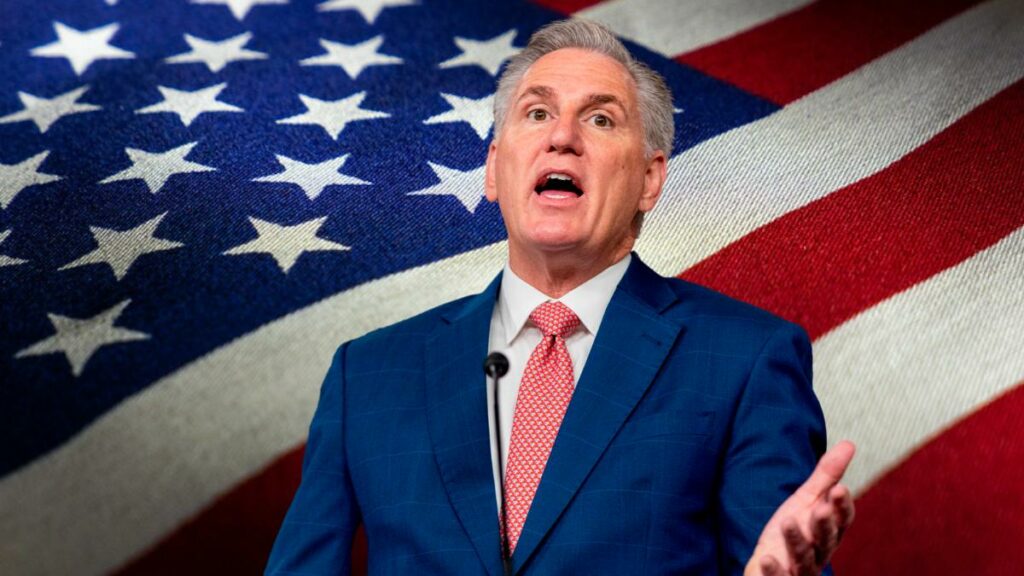 A spokesperson for House Speaker Nancy Pelosi slammed Minority Leader Kevin McCarthy for his letter in which he pledged to fully reopen the House of Representatives as “incoherent” and called it a “desperate attempt” to divert attention away from GOP’s “unmitigated disaster” in the midterm elections.

Drew Hammill, Pelosi’s spokesman, slammed McCarthy’s letter in a statement on Thursday, just two days after Election Day. “According to Pelosi’s spokesperson, the Minority Leader’s “incoherent letter” is just a “desperate attempt” to distract everyone from the ‘disastrous’ results for the GOP in the 2022 midterm elections that continues to get even worse as more ballots are counted.

Now, after bungling the election, the Minority Leader would rather intimidate the professionals who run the House than get to work on the issues that voters just told us are on their minds,” said Drew Hamill further in his statement.

Minority Leader Kevin McCarthy made the official announcement officially for his candidacy for Speaker of the House in a letter, tossing his hat into the ring while vote counting is still underway to determine the party that wins control of the lower chamber.

McCarthy, who has long coveted the Speaker’s gavel, asked House Republicans on Wednesday for their support in his bid for the top job.

“Earlier this week, our country voted for new leadership. I am committed to heeding our constituents’ concerns and getting our nation back on track, starting with the operations and management of the House of Representatives itself. As such, beginning on January 3, 2023, the People’s House must once again be open to the American public,” McCarthy wrote in the letter.

He cited the GOP’s midterm victories, including deposing the head of the Democrats’ campaign arm, and said that while votes are still being counted, all signs point to a GOP victory.

“While a number of races remain outstanding, I can confidently report that we will join that list, build on our significant gains from last cycle, and achieve our goal of taking back the House,” McCarthy wrote further.