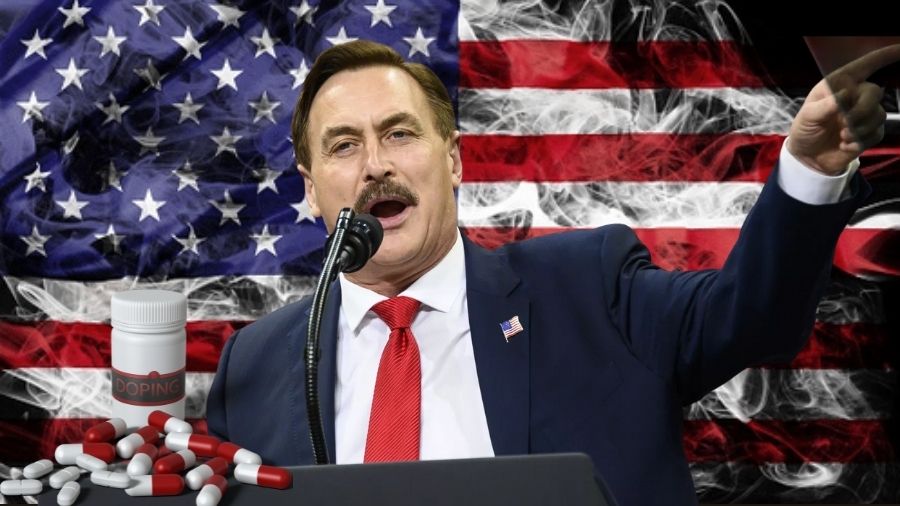 Concerns regarding Mike Lindell’s health and post-addiction well being have recently begun to surface. People have expressed their concern on Twitter and have been wishing the MyPillow CEO the best of health.

Lindell has received a lot of love and support for all the good he has done to help the people suffering from addictions. Furthermore, Lindell must be given great appreciation for the way he overcame his addiction to cocaine issues by walking the path of prayers.

Many people follow Lindell and consider him an example and an inspiration for all those suffering from addiction. If Lindell succumbs to the lure of drugs and addiction, this will cause many people to lose their faith in not only Lindell but also the Lord.

“I’ve watched enough Mike Lindell for a lifetime. Watched the weekly downward spiral for over a year. This weekend it’s pretty clear he’s got something going on here. Watch his hands as you listen to this,” – said an anonymous one of the Twitter users who has a huge following.

“I feel bad for him. He needs medical help. Maybe it’s drugs, maybe something else, but he’s very near a complete collapse,” said another anonymous source.

“He’s tweaking. Spun out. Can’t keep still and shaky. He’s had drug issues in the past it seems he’s fallen off the wagon,” observed another Twitter user.

During his 20s, Lindell became a frequent user of cocaine. This addiction became worse after he switched to crack cocaine in the 1990s. Lindell was also incurring gambling debts. The build-up of his addictions between the 1980s and 1990s led to the foreclosure of his house and his wife filing for divorce. In 2009, Lindell stated that he achieved sobriety through prayer. Inspired by his personal struggle with addiction, Lindell founded the Lindell Foundation to help people get over their addictions and get their life on the right track.

In 2019, Lindell launched the Lindell Recovery Network, which connects addicts with others who have gone through drug addiction and the recovery process, as well as faith-based treatment centres and other recovery organizations. The Lindell Recovery Network is this platform to help struggling addicts find hope, restoration, and the love of Jesus through powerful testimonials.

Michael James Lindell born on June 28, 1961, is an American businessman, conservative political activist, and conspiracy theorist. He is the founder and CEO of My Pillow a pillow, and bedding manufacturing company. Mike is also known as the My Pillow Guy. Lindell is a strong supporter of former U.S. President Donald Trump.

He is also the Former president’s Advisor. After Trump’s lost in the 2020 presidential elections, Mike played a big part in supporting the claims of a stolen election. Lindell spread false conspiracy theories about widespread electoral fraud in the 2020 election. “When I met with Donald Trump, it felt like a divine appointment, and when I walked out of that office I decided I was going to go all in.” – said Mike Lindell.

When Lindell first met the then-Republican Presidential election candidate in 2016 he instantly became a huge Trump supporter. Lindell even named Trump “the most amazing president this country has ever seen in history” after Donald Trump won the 2016 Presidential elections. Lindell founded the Lindell Foundation a non-profit organization that helps former addicts in getting treatment for overcoming their addiction. The foundation broadened over time, including cancer victims and veterans in their outreach. Lindell launched the Lindell Recovery Network, which connects addicts with others who have gone through drug addiction and the recovery process in 2019. He also started faith-based treatment centres and other recovery organizations.