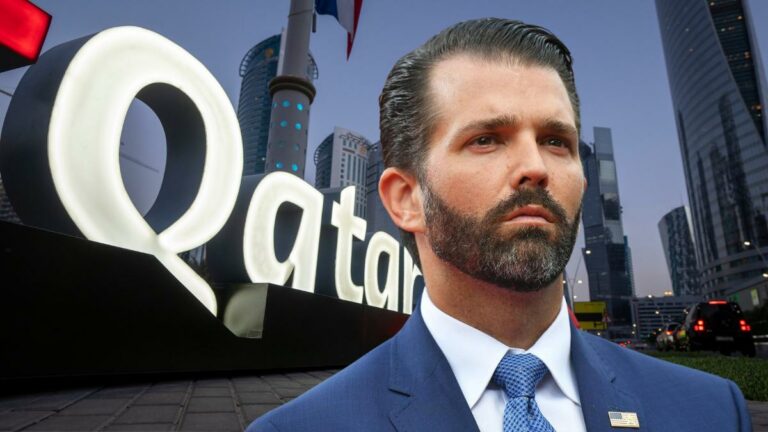 Former President Donald Trump’s son, Donald Trump Jr. stood up to the criticism against the FIFA World Cup host country Qatar on Thursday in a Tweet posted to his official account. Trump Jr., in his post, said that the United States has no right to criticize the restrictions put on the event by Qatar’s government, and that the “West ceded moral high ground” to the Middle Eastern country.

“After turning a blind eye to pedophilia & the sexualization of our children as well as forcing vaccinations upon people against their will & with severe consequences etc the West has really ceded the moral ground to b**** about Qatar enforcing their beliefs at the World Cup,” wrote the former president’s son in his Tweet on Thursday.

After turning a blind eye to pedophilia & the sexualization of our children as well as forcing vaccinations upon people against their will & with severe consequences etc the West has really ceded the moral high ground to bitch about Qatar enforcing their beliefs at the World Cup.

People were quick to respond to Trump Jr.’s tweet, with several of them leaving replies like “What a wonderful and heartfelt Thanksgiving message…oh wait…” and “But the left stealing 20 million is ok?”

Qatar was a contentious choice to host the World Cup because the country has been accused of a number of civil and human rights violations, including harassment of the LGBTQ community. Concerns had been raised about the safety of certain World Cup fans before the event began, given that homosexuality is still illegal in Qatar.

Just a few days ago, instances of LGBTQ+ merchandise being confiscated from fans sporting them at the match reportedly led to the Football Association of Wales launching an investigation into the matter.

A tweet from an account called The Rainbow Wall, Wales’ official LGBTQ+ supporters’ group, along with a photo of the rainbow-colored hat, stated that they were “so proud of them,” and further revealed that they were made to remove them by officials at the stadium.

FIFA and the Qatari government have repeatedly stated that the tournament will be inclusive and that everyone is welcome, but others have warned that the event will not be safe for members of the LGBTQ+ community.

“Sadly, this year’s tournament is not safe for everyone,” Stonewall’s director of programs, Liz Ward, said earlier this month.

Several fans have also expressed their disappointment at the prohibition of alcohol in the stadium.

FIFA announced last week that alcoholic beverages would not be sold within World Cup stadium boundaries, disappointing fans who had already arrived in Doha and complicating FIFA’s $75 million sponsorship agreement with Budweiser.

FIFA, on the other hand, stated that drinks are still available at other fan destinations and licensed venues.

Wealthier guests have been able to obtain alcohol by purchasing a Corporate Hospitality Ticket, which allows them access to stadium luxury suites that serve a variety of beers and wines. But for those who can’t afford the $22,000 tickets, drinking at the soccer World Cup, considering beer is one of the main drinks typically served at a soccer match, has been restricted.