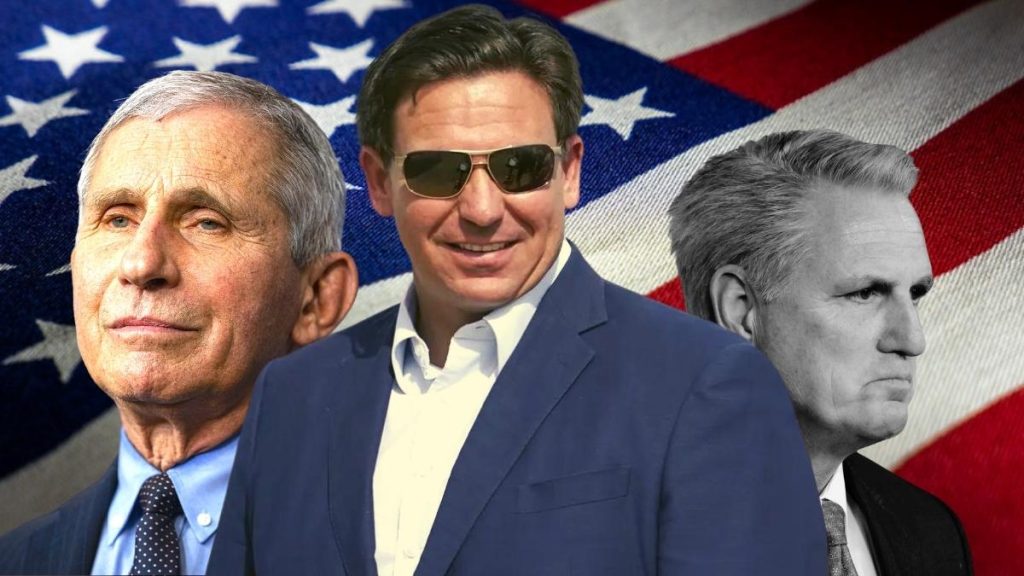 In a stump speech Wednesday afternoon during his “Keep Florida Free Tour”, Florida Gov. Ron DeSantis referred to retiring Dr. Anthony Fauci as a “little elf” and called for him to be thrown “across the Potomac” river.

Dr. Fauci, the 81-year-old director of the National Institute of Allergy and Infectious Diseases and the top medical adviser to the last seven United States presidents, announced his retirement earlier this week on Monday.

During a stop on his “Keep Florida Free Tour,” DeSantis—who is widely regarded as a potential GOP presidential candidate in 2024—raised his voice against Fauci for recently defending his handling of the COVID-19 pandemic. “I’m just sick of seeing him! I know he says he’s gonna retire—someone needs to grab that little elf and chuck him across the Potomac,” the governor exclaimed to raucous cheers from the audience.

The Florida Governor, who recently debuted in a performative tough-guy “Top Gov” campaign ad in which he is referred to as “Maverick,” has long been at odds with President Biden’s top medical advisor. For example, as coronavirus cases increased in his state last year, Governor DeSantis’ PAC began selling “Don’t Fauci My Florida ” merchandise.

Meanwhile, Dr. Fauci has received a slew of death threats. A man who stated that he wanted to break every bone in Fauci’s “disgusting elf skull” was sentenced to three years in prison recently.

Dr. Fauci announced his retire earlier this week, saying that he will be stepping down from his position in the government in December.

“I am announcing today that I will be stepping down from the positions of Director of the National Institute of Allergy and Infectious Diseases (NIAID) and Chief of the NIAID Laboratory of Immunoregulation, as well as the position of Chief Medical Advisor to President Joe Biden,” Fauci said in a statement on Monday. “I will be leaving these positions in December of this year to pursue the next chapter of my career,” he stated further.

Two birds with one stone, or two stones to his own head? Kevin McCarthy might visit Trump again to seek forgiveness

House Minority Leader Kevin McCarthy (R-Calif.) may return to Mar-a-Lago yet again to seek former president Donald Trump‘s forgiveness after bonking his head on his own words and accidentally insulting him. “I just have one rule of thumb,” McCarthy said in an interview with Fox News on Tuesday. “I really don’t trust anyone that keeps a mural of themselves in their office.” While McCarthy’s comment was directed towards Dr. Fauci, his critics were quick to use the comment to point out the huge portrait of the former president in his office. Heck, he even has a statue of himself at Mar-a-Lago.

Dr. Anthony Fauci, has a portrait of himself as well, that hangs in his office. Though it was presented to him by a fan.

I agree @GOPLeader. I don’t trust people like that at all. https://t.co/S1lfqOHsKs pic.twitter.com/G01qOoMQN5

Mr. Trump has become increasingly irritated with McCarthy in recent months, labeling him “very, very foolish” in June for keeping the majority of Republicans off the Jan. 6 committee. McCarthy was recorded in May calling Trump’s actions on January 6, 2021 “atrocious and totally wrong.”

On the recording, Mr McCarthy tells Ms Cheney, who is now a member of the 6 January committee, that he would advise Mr Trump to resign in the face of an impending impeachment.