Watch: Trump gives a first hand account of how elections were rigged in Georgia, as depicted in 2000 Mules 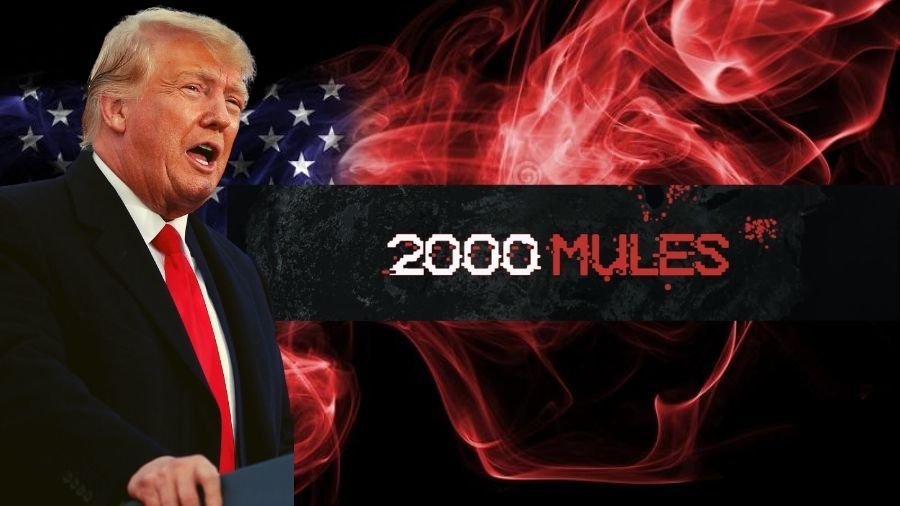 Watch Trump gives a first hand account of how elections were rigged in Georgia, as depicted in 2000 Mules

Watch Trump giving a first-hand account of the MO of the rigged 2020 elections, which 2000 Mules documentary chronicled

What’s the video about?

Trump spoke about how the elections were rigged in Georgia. “They are trying to smash our movement right here in Georgia,” said Georgia officials. They further go on to talk about the RINOs like Doug Ducey, Pete Ricketts and Mike Pence, who are trying to subdue the real Republicans. Trump goes on to say that Ducey did a terrible job in Arizona and in the end, all of them were planning on removing him from the equation. Trump further went on to say that people like Ducey and Pence even tried to spread fake news about Trump losing faith in David Perdue.

Trump even talked about the 2000 Mules documentary made by Dinesh D’Souza. Trump talks about how all the evidence in 2000 Mules was given to the officials but no one did anything about it. The former president said that they didn’t want to do anything about it. He further says that that was something that was going seriously wrong and they didn’t want anyone to find out the truth behind these elections.

Trump also spoke about how the RINOs in Georgia were constantly doing things to tear him down. Trump called them a ‘disgrace’ because they hid the evidence and didn’t let it come out.

About 2000 Mules Documentary by Dinesh D’Souza

The 2000 Mules movie’s main aim is to shed some light on the 2020 presidential elections. This movie by Dinesh D’Souza supports the former president’s claims of a rigged presidential election. There are claims that say 2000 aides or Mules were paid to drop off ballots at drop boxes all over America. The title ‘Mules’ makes reference to the agents who secretly dropped off ballots at various drop boxes during the 2020 presidential elections which lead to the victory of Democratic nominee Joe Biden. Mr Dinesh D’Souza’s film titled 2000 Mules claims to have evidence of the widespread fraud and swindling of votes done during the 2020 elections. All the evidence that has been exhibited in the marvellous documentary, has been procured through video cameras and geo-tracking of cell phones.

2000 Mules shows surveillance video of Georgia voters dropping off multiple ballots. The movie hinges on the theory that 2,000 people in five states, including 242 in metro Atlanta, collected and delivered multiple absentee ballots, a practice called “ballot harvesting.” Georgia law prohibits voters from delivering anyone’s ballot besides their own, with exceptions for family members and caregivers of disabled voters.

In the movie, D’Souza promotes allegations made by True the Vote, a Texas-based organization that gathered dropbox surveillance video and cellphone location data in parts of Georgia, Arizona, Wisconsin, Michigan and Pennsylvania- swing states where Biden won. True the Vote’s founder Catherine Engelbrecht said in the movie that her organization tracked cellphones that were near both drop boxes and unidentified nonprofit organizations, which she believes coordinated the ballot harvesting operation. The film 2000 Mules is a great film with all the evidence one needs to know the truth about the 2020 presidential elections.