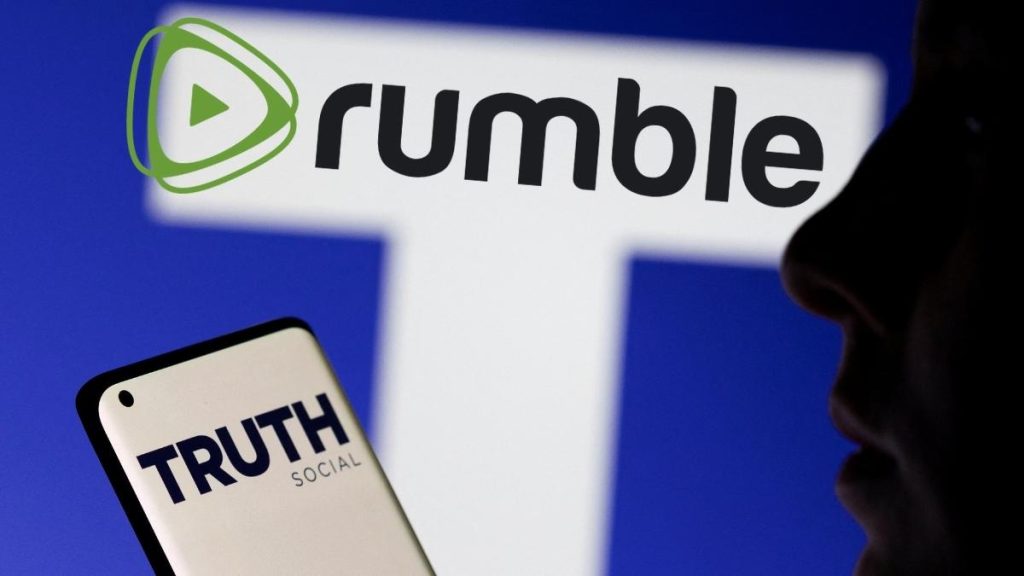 According to two sources with knowledge of TMTG operations, Rumble had already been working with TMTG since the past few months. The role that was described internally as a key strategic partnership but was not clearly defined to staffers. In December, the two parties agreed to a “technology and cloud services” agreement that would include video and streaming for Truth Social. Both Rumble and TMTG are positioning themselves as alternatives to Big Tech firms. Rumble described its new ad platform as competition to Google’s AdSense and Ad Exchange advertising programs in its announcement.

Truth Social restored former President Donald Trump‘s social media presence more than a year after he was banned from Twitter Inc, Facebook, and Alphabet Inc’s YouTube following the Jan. 6, 2021, US Capitol riots, after he was accused of posting inciting messages. The app was released on February 21 in the Apple App Store but has yet to be made available in the Google Play Store for Android users.

Following the FBI raid on his Mar-a-Lago estate,former president Donald Trump’s social media app Truth Social has seen a surge in the number of downloads. On August 9, the day after FBI agents searched his private estate in Mar-a-Lago, the app rose 66 places in the Apple App Store, from 76 to 15. The FBI were looking for boxes of classified information that had been taken there after his presidency ended.

Many users have left angry messages about the FBI on Truth Social. One person is suspected of carrying out an attack on a Bureau office. In addition, anti-FBI phrases like #FBIcorruption, #Truth, and #DefundTheFBI have been trending on the platform. Donald Trump has also used the platform to rally his supporters against the FBI. He shared an article in which he suggested that if he were elected president again, he would seek retaliation against those involved in the investigation.

In a Monday security filing, Digital World Acquisition Corp. (DWAC), which was formed to merge with the parent company of former President Trump’s social media platform Truth Social, expressed concern that a decline in Mr. Trump’s popularity could harm the business.

In a filing with the Securities and Exchange Commission, DWAC stated that the success of Truth Social is dependent on Mr. Trump’s “reputation and popularity,” as the chairman of Trump Media and Technology Group (TMTG), which owns and operates the social media platform. “In order to be successful, TMTG will need millions of those people to register and regularly use TMTG’s platform,” the filing reads. “If President Trump becomes less popular or there are further controversies that damage his credibility or the desire of people to use a platform associated with him … [the merger] could be adversely affected.”