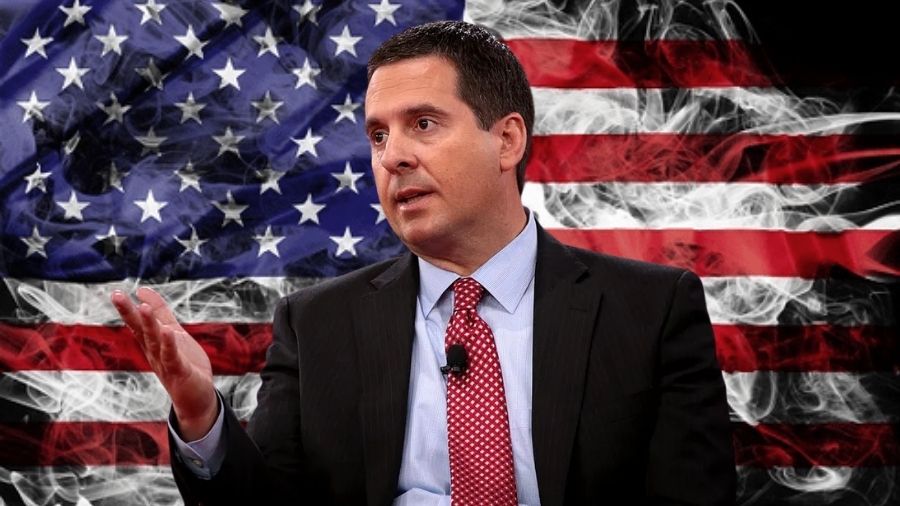 Former California Rep. Devin Nunes, the executive behind rival app “Truth Social,” spoke to Fox News after billionaire Elon Musk, who is in the process of acquiring Twitter, said Tuesday that if the deal is completed, he would let former President Donald Trump back on the platform.

Nunes previously stated (though there are reasons to doubt that claim) that the President would not return to Twitter if somehow the ban is lifted, and he restated his position to host Martha MacCallum on Tuesday.

What did Devin Nunes say about Elon Musk’s statement?

“Look, what Elon is saying has our full support,” Nunes said. “Will he be able to carry out his promises, dealing with all of the employees and all of the algorithms? But the goal for us, for President Trump, has been to restore the American people’s voice and reopen the internet, and that’s what we’re attempting to achieve.

“I would just add that I believe there is an important point that is being overlooked: Truth Social is available in the Apple app store right now, and you don’t need to ask anyone’s opinion. You don’t have to go to a billionaire to ask permission, and no big tech tyrant can cancel you. You’ve made it clear whether you’re a Democrat or a Republican. And we’re not heading to censor you for political expression, so we’re accomplishing our company’s mission, which is to reopen the internet, and we’re glad Elon is saying all the right things. Let’s see if he can prove it.”

Trump has only recently begun to use Truth Social. Trump is “furious” about Truth Social’s rocky launch, according to the Daily Beast, and “appears disconnected from attempting to turn the platform around, much less post on it.” MacCallum appeared to be sceptical of claims that Trump will stick to Truth Social, where his posts get far fewer views than his tweets. Trump, according to MacCallum, “always said that Twitter was the best way to get his message out.”

What did Devin Nunes say about Trump’s followers on Truth Social App?

“He spoke directly to millions of people and didn’t feel like he was being mischaracterized by somebody who was implying what he had to say. On Truth Social, how many millions of citizens does he currently reach?” “Well, he’s got nearly 2.7 million followers already, and we’re only two weeks old,” Nunes responded (Trump had almost 90 million followers on Twitter at the time of his ban).

“And keep in mind what we’re attempting: Twitter is an old platform. It’s a news service for elitists, blue-collar workers, journalists, fake news, and Hollywood celebrities. At Truth Social, we’re attempting to reintroduce the joy of social media. We also have the advantage of having millions of Americans who have been blocked or censored on other platforms. So, how are we a fun place, for example? We have these fantastic meme creators who create the most amazing cartoons you’ve seen before, and they’ve been prohibited from all other platforms. So we’re a residence for them, and they understand they can come as well as establish a home base with us because we built it block by block.”

If Trump ever gets tired of Truth Social’s awesome meme makers and returns to Twitter, here’s hoping his tweets are more along the lines of celebrity commentary (or even trolling political opponents) than election conspiracy theories. For what it’s worth, Nunes is adamant that Trump will not tweet again. Nunes stated that his plan is to turn Truth Social into a “fun, safe place to be” that reaches “tens of millions of Americans.”

Truth Social is a social media platform launched by Trump Media & Technology Group, an American communication and news company founded in October 2021 by former US President Donald Trump. The Truth Social platform is built on Mastodon, a free and open-source shared social network.

Also read| Truth Social Error- How to fix the error while opening TruthSocial.com

The service is currently only available via an iPhone app and is limited to users in the United States and Canada. Along with Parler and Gab, the platform has already been dubbed a competitor in the alternative technology field. The service went live on February 21, 2022. It has experienced significant scaling issues, resulting in a smaller user base than anticipated.

It is currently unavailable on Android devices. The Apple Appstore is where you can get the app. Before midnight ET, the app was available for download. All subscribers who had only signed up for a pre-order received the Truth social app automatically. The main goal of the Truth Social app is to give everyone who uses it freedom that was previously impossible on Twitter.

The Truth social app and website’s goal is to give people a place to express themselves. You can also communicate with friends, customers, and people all over the world using photos and messages. Like Twitter, you can change the colour of your profile picture and cover picture on Truth Social. By following other users, you can keep track of your followers and follower count, as well as your post and like history.

TruthFeed will keep you up to date on everyone you’re following, whether they’re friends, family members, or businesses. The truth feed is a curated collection of videos, photos, links, and other media from all subscribers. You can use the search function on Truth Social to find any user. Before deciding whether or not to follow them, you can look at all of their content.

Donald Trump has announced that he will no longer use Twitter

Trump hasn’t made extensive use of the Truth Social platform. Despite the fact that on February 16, 2022, he posted the platform’s first message, “Get ready!” “Your favourite president will be seeing you soon,” he said in his second posting, which he didn’t make until April. Trump has stated that, following Elon Musk’s acquisition of Twitter, he will no longer use the platform and will instead focus on Truth Social. On April 29th, Trump made his second post to Truth Social, with the message “I’M BACK!”