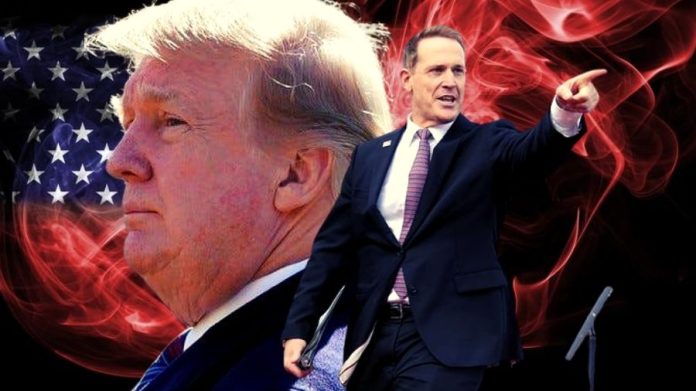 The North Carolina primary elections were conducted recently on Tuesday, 17th May 2022. Representative Ted Budd, who received an endorsement from former President Donald Trump, won the primary election against former Gov. Pat McCrory and former U.S. Rep. Mark Walker. Trump endorsed Budd, a three-term congressman, last summer in a move that came as a surprise to many Republicans.

The support kicked off a steady climb in the polls for Budd, who managed to galvanize the support of North Carolina GOP voters in recent months and emerge as the primary front-runner. Budd had powerful support in the Republican primary. He was the first non-incumbent whom Trump endorsed in the 2022 cycle, and he was also backed by the conservative Club for Growth’s political arm, which spent more than $11 million bolstering Budd and casting McCrory as too liberal.

The Club for Growth and Trump have been at odds in other races, including Ohio and Pennsylvania. Budd further tells in an interview that Trump’s endorsement played a huge role in the elections. “I think it was huge,” Budd opined on the role Trump’s endorsement played in the contest.  Budd had a consistent lead in polls over McCrory for months. Budd won against Governor Pat McCroy by 30 points.

On the Democratic side, former state Supreme Court chief justice Cheri Beasley bested 10 other candidates in the primary field. “We need to pull together and look to the real race in November. If we send her (Cheri Beasley) to Washington, she will enable every element of Joe Biden’s agenda” said Budd in a recent interview. “This man (Budd) is a great politician but more importantly, he loves the state of North Carolina. This gentleman is going to be your next senator,” Trump said during a speech.

Budd, a three-term member of Congress, bested former Gov. Pat McCrory, Budd’s former House colleague Mark Walker and 11 other candidates to secure the nomination with 56.5% of the primary vote with 25% of all votes counted. The next closest contender, McCrory, had 26.8% of the vote. The winning candidate had needed to get more than 30% of the vote to avoid a July runoff.

McCrory congratulated Budd in his concession speech. After losing the primary elections to Budd, McCrory said, “Tonight, we lost fair and square. That’s part of what our great democracy is all about.”  The GOP Senate primary in North Carolina is one of several tests this year of the resiliency of Trump’s influence among Republican voters in his post-presidency. Ted Budd’s win in the North Carolina Senate elections is not only a win for him but also a win for Trump as he gears up for a 2024 comeback to the White House. Budd will face off against Democratic nominee and former state Supreme Court Chief Justice Cheri Beasley in a November general election, which could help determine which party controls the Senate for two years.

The elaborate mechanism of the primary elections explained

Primary elections, often abbreviated to primaries, are a process by which voters can indicate their preference for their party’s candidate, or a candidate in general, in an upcoming general election, local election or by-election. Primary elections are typically held for offices that have a rigid term, such as a president, governor, Senator of state or member of a legislature.

The origins of primary elections can be traced to the progressive movement in the United States, which aimed to take the power of candidate nomination from party leaders to the people.  The earliest method for nominating candidates was the caucus which was adopted in colonial times for local offices and continued into the 19th century for state and national offices. The movement spread so rapidly that by 1917 all but four states had adopted the direct primary for some or all statewide nominations.

There are two types of Primaries in the United States of America. They are close primaries and open primaries. In the case of closed primaries, internal primaries, or party primaries, only party members can vote. In the case of open primaries, all voters can take part in an open primary and may cast votes in favour of any party. The party may require them to express their support for the party’s values and pay a small contribution to the costs of the primary. Primary elections have been described as a vehicle for taking decision-making from political insiders to the voters. The candidate who moves from the primary to be successful in the general election takes public office.

Theodore Paul Budd born on October 21, 1971, is an American businessman and politician serving as the U.S. Representative for North Carolina’s 13th congressional district since 2017 for the past 4 years. Budd is a member of the Republican party. In 2021, Budd announced his candidacy for the 2022 United States Senate election in North Carolina. Ted later received an endorsement from Donald Trump for the 2022 United States Senate elections in North Carolina. On April 23, 2021, Budd went to Mar-a-Lago to discuss his prospective U.S. Senate candidacy with former U.S. President Donald Trump.

Trump announced his endorsement for Budd last summer after his daughter-in-law Lara Trump declined to enter the state’s Senate race.“I am giving him my complete and total endorsement. We’re going to work with him, campaign with him. You can’t pick people that have already lost two races and do not stand for our values,” Trump said during his endorsement speech. Representative Ted Budd rode an endorsement from former President Donald Trump to victory in North Carolina’s Republican Senate primary. His win sets up a showdown with Democratic former state Supreme Court Chief Justice Cheri Beasley, who is vying to make history by becoming North Carolina’s first Black senator.

Facebook
Twitter
Pinterest
WhatsApp
Previous articleRon DeSantis: ‘Nobody Has Done More to Help the Cartels than Biden’
Next articleTucker Carlson not sure about the great replacement theory after promoting it 400 times