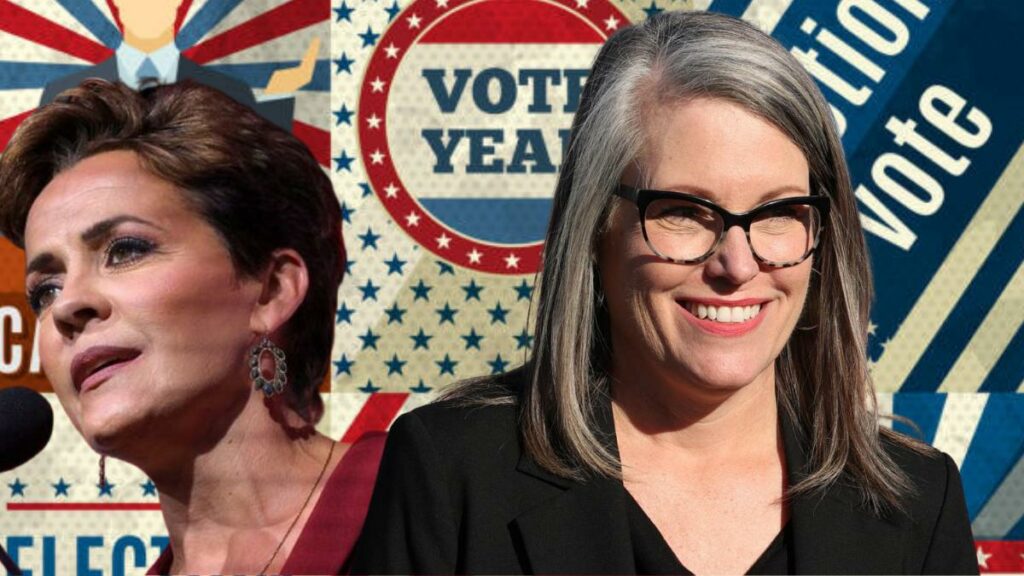 According to projections, Donald Trump has taken another blow after Kari Lake, whom he supported in the US midterm elections lost in Arizona. Katie Hobbs defeated Republican Kari Lake in the race for governor of the southwestern state, marking the first time a Democrat has been elected to lead the state since 2006.

Kari Lake was one of the most visible Republican candidates in last Tuesday’s election, and during the campaign, she repeatedly repeated Trump’s false claims about voter fraud in the 2020 presidential election.

Kari Lake‘s defeat came as a surprising result for a candidate who appeared to be the next big thing on the right. Lake said to reporters at a press conference just a few hours before the polls closed on November 8 that she would be “your worst freaking nightmare for eight years, and we will reform the media as well.” We’re going to turn you guys back into journalists.” Lake was endorsed by Donald Trump and enthusiastically supported his claims of election fraud.

Hobbs maintained a slim lead over Lake on election night and since, surprising many who questioned the low-key Democrat’s strategy of declining to debate her opponent.

Hobbs gained national support and recognition as Arizona’s top election official, defending the state’s results against a frenzy of disinformation and repeated Republican efforts to challenge and undermine Joe Biden’s victory in the 2020 Presidential election, even while she was faced with death threats. Meanwhile, Lake has slammed Arizona election officials for being as slow and inept as the process itself. She also expressed reservations about the results, but election conspiracy theories have been debunked by some.

Bill Gates, Republican chair of the Maricopa County Board of Supervisors, reacted angrily to Lake’s claims, telling reporters that her criticisms were “offensive.”

The announcement comes on the eve of Trump’s expected announcement that he will formally run for president in 2024, and it comes amid infighting among Republicans in Washington and across the country about where the party should go after a string of disappointing midterm election results. “Democracy is worth the wait,” said Hobbs. “Thank you, Arizona. I am so honoured and so proud to be your next governor.”

Trump, who is expected to announce his candidacy for a 2024 White House bid on Tuesday, condemned the call on his Truth Social platform. “Wow! They just took the election away from Kari Lake. It’s really bad out there!” he wrote.

Kari Lake also appeared to dismiss the projections. “Arizonans know BS when they see it,” she tweeted.

Lake, who is a former TV anchor, was seen as one of former president Trump’s most dependable candidates in the midterm elections, but her defeat caps a string of results that have cast doubt on the former president’s standing within the Republican Party.

The projections by major US television networks follow a week of intense scrutiny of the vote count in Arizona, where Lake and her supporters have repeatedly questioned officials’ competence and integrity.