Jennifer Ruth Green is a Republican candidate for Indiana’s First Congressional District who hopes to represent her constituents in Congress in the upcoming November 8th midterm elections. She is a former Air Force Reserve Component Leader and a former California Air National Guard Commander/Chief Information Officer.

Green is running against Democratic Party incumbent Frank Mrvan, who was elected to the 1st Congressional District in the year 2020, after he emerged victorious in the open seat race, with 57% to 40%.

Jennifer Ruth Green is a dedicated social servant, and a great leader with extensive battlefield experience. Over two decades of continuous military service and work in the non-profit sector of Northwest Indiana have shaped her into the perfect candidate to advocate for the country. 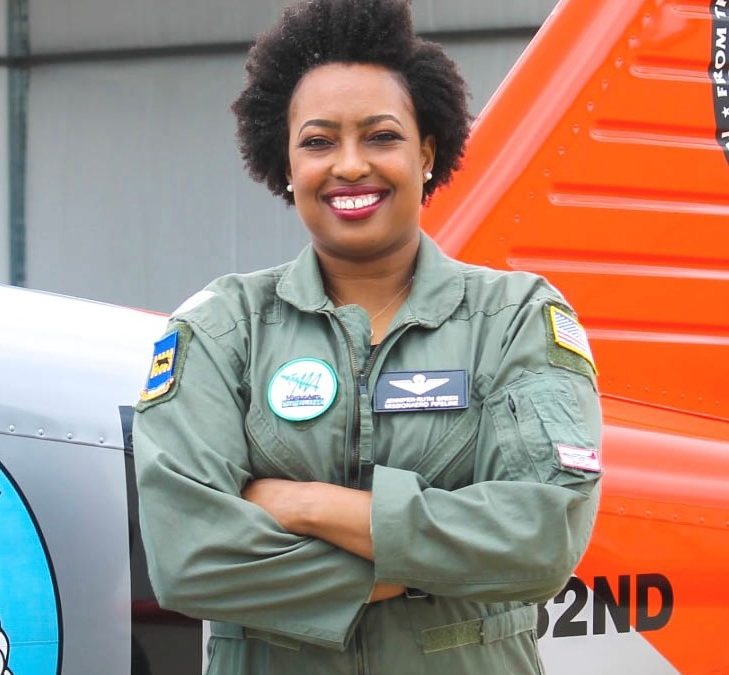 Jennifer Ruth Green ‘s parents are Vivian and Paul R. Green Jr., and she is the youngest of their six children. She lives in Crown Point, Indiana, and she has fifteen nieces and nephews.

Green has obtained a B.S. degree in Asian Area Studies from the United States Air Force Academy and an M. Min. degree from Golden State Baptist College, in addition to a B.S. degree in Aeronautics from Liberty University.

Jennifer Ruth drew inspiration from Lt. Col. Lee Archer, USAF, an original Tuskegee Airmen, while attending the USAF Academy, and earned her pilot’s license. Jennifer Ruth joined the United States Air Force at the age of eighteen, following in the footsteps of her father and grandfather. Jennifer Ruth Green is one of the few African-American female pilots working in the United States today. She is a commercial pilot as well as a licensed flight instructor. When she graduated from the USAF Academy in 2005, she was hired as a Special Agent by the Air Force Office of Special Investigations.

Green enlisted in the military after the 9/11 terrorist attacks in the hopes of making a difference in the world. Jennifer Ruth Green continues to serve her country in the United States Air Force Air Reserve Component and is now running for Congress to represent her fellow Hoosiers.

Jennifer Ruth kick started her Air Force career in aviation after graduating from the USAF Academy in 2005, and eventully transitioned to serve as a Special Agent with the Air Force Office of Special Investigations. She was deployed to Baghdad in support of Operation IRAQI FREEDOM as a mission commander for counterintelligence operations.

Jennifer Ruth was later appointed Deputy Chief of a nuclear command post after her deployment. Jennifer Ruth was assaulted while performing official duties with her partner. Her team was tasked with inspecting the construction of a tower, and when she reached the top, she was assaulted by an Iraqi guard.

She immediately reported the assault but was faced with backlash and retaliation when her commander blamed Jennifer Ruth for the assault stating in her Officer Performance Report (OPR) that Jennifer Ruth “wandered away from the main party at a Forwarding Operating Base and climbed a guard tower. The Iraqi guard attempted to grope you and then exposed himself to you. It is by luck that you or someone else was not harmed… .”

The Air Force has accepted responsibility for the disclosure of Green’s confidential personnel records, which included information about her sexual assault. A joint statement released by Indiana GOP Rep. Jim Banks and Indiana GOP Rep. Larry Bucshon read, “On yesterday’s call, the Air Force took full responsibility for improperly releasing Lt. Col. Green’s confidential personnel records to an opposition research firm just weeks before the midterm election. Lt. Gen. Davis informed us that the leaker has been identified and will be held accountable.” Jennifer Ruth transitioned to the US Air Force Reserve Component after twelve years of full-time military service and chose to call Indiana home. She was recently appointed the Chief Information Officer/Commander of the 122d Communications Flight and is currently a member of the Indiana Air National Guard. She is the first woman of African-American descent to hold this position in the Fighter Wing’s history.

Jennifer Ruth Green also works as an educator in her hometown of Northwest Indiana.

Jennifer won the Republican primary for Indiana’s First Congressional District on May 3rd with over 40% of the total vote. Green emerged victorious in the seven-way race that featured Blair Milo, Mark Leyva and Nicholas Pappa among others. Jennifer Ruth Green is a supporter of key conservative agendas like skyrocketing gas prices and inflation and a Trump loyalist. In an advertisement for her campaign, Green said, “Our economy is shrinking, costs are surging, and crime is skyrocketing. And career politicians aren’t getting the job done.” In a different ad, she said, “I’m a proud conservative. And like you, I’m concerned about skyrocketing gas prices and inflation, liberal efforts to defund the police, and woke madness like indoctrinating our children with critical race theory.

Green is against abortion rights, and in a campaign ad, she said, “In Congress, I’ll defend the Second Amendment, protect life, and advance President Trump’s America First policies.”

Currently, there is no information available regarding Jennifer Ruth Green’s husband. We will update this space in case the information is made available.

Jennifer Ruth Green’s ethnicity is African-American. If she wins the elections in November, she will become the first black woman to be elected to Congress.

Who is Jennifer Ruth Green running against in the upcoming November midterm elections?

Jennifer Ruth Green is running against incumbent Democrat Frank Mrvan, who was elected to the 1st Congressional District in 2020, winning the open seat 57% to 40%.

Who is Jennifer Ruth Green’s husband?

No information is available on the husband of Jennifer Ruth Green.