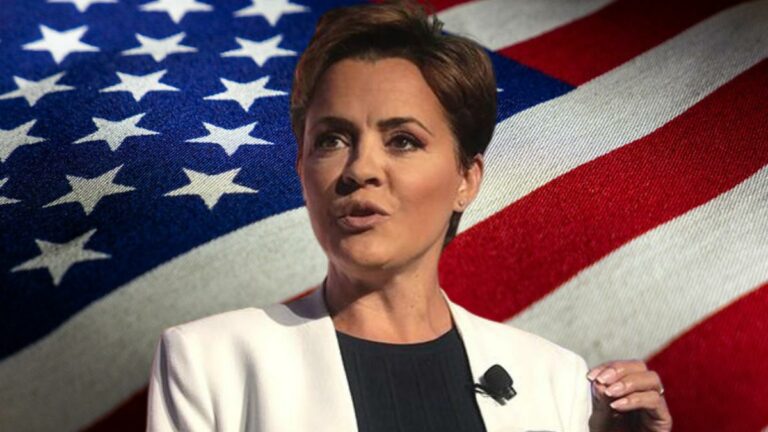 Republican candidate for governor of Arizona, Kari Lake, has refused to concede her race as revealed on Thursday. Lake vowed to “fight on” in a new video posted to her official Twitter account.

According to the Associated Press, Kari Lake will lose the race to Democrat Katie Hobbs. However, Lake, who made election denial a centerpiece of her gubernatorial campaign, has refused to declare her opponent the winner.

Lake made the long lines at the polls on election day the center of focus and falsely claimed that “tens of thousands” of voters in Maricopa County had been disenfranchised in the two-and-a-half-minute video. She suggested going to court, claiming to have assembled the “best and brightest” legal team.

“I am busy here collecting evidence and data. Rest assured, I have assembled the best and brightest legal team, and we are exploring every avenue to correct the many wrongs that have been done this past week. I’m doing everything in my power to right these wrongs,” Lake said in the short video.

According to Maricopa County officials, which includes the Phoenix metro area and almost over 60% of Arizona’s population, printer settings caused some tabulation machines to stop reading ballots.

Voters were still able to drop their ballots in a drop box separately, that was to be taken to the central election center, where advanced tabulators could read them in subsequent days, as approximately 17,000 ballots did.

“For two years I have been sounding the alarm about our election system in Arizona. And this past week has confirmed everything we’ve been saying,” she said. “Our election officials failed us miserably. What happened to Arizonans on election day is unforgivable.”

Kari Lake was a prominent Republican candidate in last Tuesday’s election, and she repeatedly repeated former president Donald Trump’s claims about voter fraud in the 2020 presidential election during the campaign.

Kari Lake‘s defeat surprised many because she appeared to be the next big thing for the Republicans. At a press conference held just hours before the election on November 8, Lake told reporters that she would be “your worst freaking nightmare for eight years, and will reform the media as well,” adding that she was “going to retrain you as journalists.” Donald Trump endorsed Lake, who enthusiastically supported his claims of election fraud.

Hobbs held a slim lead over Lake on election night and in the days since, surprising many who questioned the low-key Democrat’s strategy of refusing to debate her opponent.

Hobbs gained national support and recognition as Arizona’s top election official, defending the state’s results against a barrage of misinformation and repeated Republican efforts to challenge and undermine Democrat Joe Biden’s victory in the 2020 Presidential election, despite death threats.