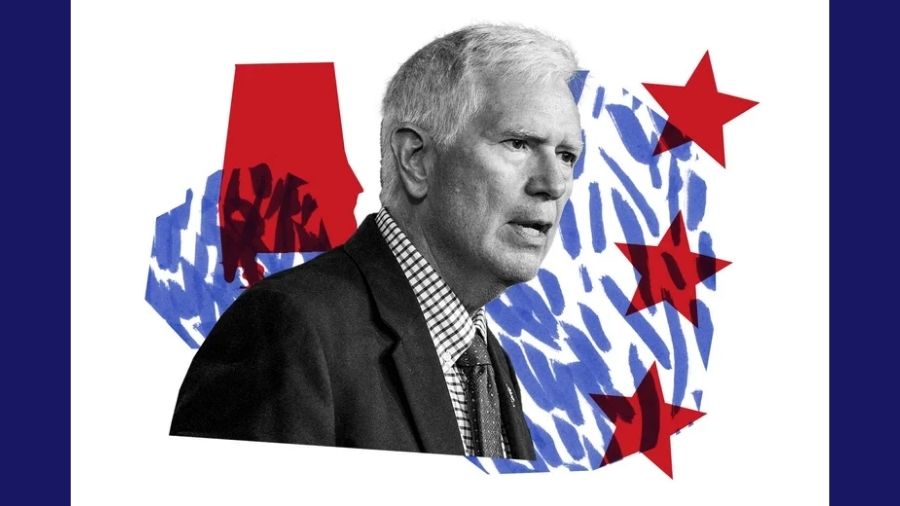 Alabama Senate candidate Mo Brooks claimed in a statement that former President Donald Trump asked him to make unconstitutional moves to “rescind the 2020 elections”, “immediately remove Joe Biden from the White House”, and hold a “special election” for the Presidency. Brooks’ statement came as a response to the ex-President’s decision to withdraw the senate candidate’s endorsement in the 2022 Alabama race.

Trump cited the reason for withdrawing the endorsement as Brooks going “woke”, which raised questions on his loyalty. Also, the congressman made the “horrible mistake” of suggesting Republicans move on from the 2020 loss.

Mo Brooks said that Trump pulled his endorsement because of these disagreements in part. Another reason might be that Trump only likes to back winning candidates. In an interview with the Washington Examiner, Trump called Brooks “disappointing” and said that he might back someone else in the Alabama primary.

Brooks swears to stand by his oath to protect US Constitution

Brooks said he was well aware that Trump could pull his endorsement if he failed to fulfil the former President’s demands but didn’t, because of his oath to “protect the US Constitution.” “I’ve told President Trump the truth knowing full well that it might cause President Trump to rescind his endorsement, But I took a sworn oath to defend and protect the U.S. Constitution. I honour my oath. That is the way I am. I break my sworn oath for no man,” Brooks said.

Donald Trump’s endorsement withdrawal came as a severe blow to Brooks’ already struggling campaign. However, the Alabama congressman doesn’t intend to withdraw from the Senate race because he is “the only proven America First candidate” as he described himself, and predicting “the people of Alabama will see that on Election Day”.

Mo Brooks has found himself stuck in a three-way race to replace incumbent Republican Senator Richard Shelby, who is all set to retire. Brooks is up against Michael Durant and Katie Britt, a former aide to Shelby, in the May 24 primary elections. 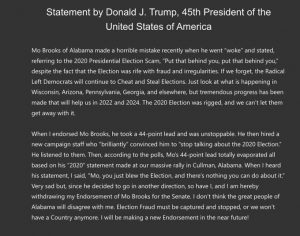 Both of Brooks’ opponents have recently met with the former President, according to a Trump advisor. Brooks, who was once a frontrunner in the race, is now slipping, trailing in the distance behind Britts and Durant, as indicated by a recent poll.

Getting endorsed by the former President really was an important factor in Brooks’ campaign, and losing it has outlined a rough path ahead for Brooks in the May 24 Alabama primary.

The former president pulled Brooks’ endorsement just days after the Senate candidate released an ad in support of Trump’s intentions to remove Senate Leader Mitch McConnell from his position.