Trump is unhappy with the decision to endorse Mo Brooks 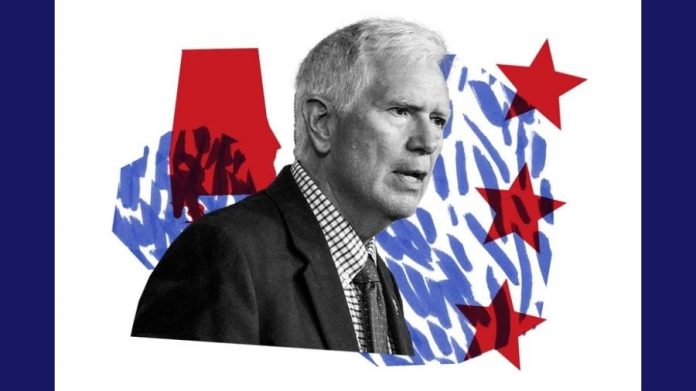 Who is Mo Brooks?

On April 29, 1954, Morris Jackson “Mo” Brooks Jr. was born. He is an American lawyer and politician who has served as the United States Representative for Alabama’s 5th congressional district since 2011. His district, which is centred in Huntsville and spans the northern sixth of the state, is represented by the Republican Party. Brooks is a Freedom Caucus founding member. Brooks declared his candidacy for the U.S. Senate seat being left by Richard Shelby in 2022 on March 22, 2021.

He has since been a member of many groups and Government bodies.

Brooks touted his conservative record in an interview with Yellowhammer News, claiming that during the previous session of Congress, Heritage Action named him one of the Top Ten Best Congressmen on issues involving the “principles of free enterprise, limited government, individual freedom, traditional American values, and a strong national defence.”

The American Conservative Union assessed his performance on topics pertaining to “liberty, personal responsibility, traditional value, and a strong national defence,” as being in the top 20% of all Congressmen, with an overall A rating during the most recent session of Congress. The National Taxpayers Union placed his performance on matters pertaining to “tax relief and reform, lower and less wasteful spending, individual liberty, and free enterprise.” as the best in the Alabama Congressional delegation, along with Byrne and Gary Palmer.

Brooks confirmed in April 2018, after Trump ordered missile strikes against Syria, that he supported the strikes but would prefer the president “consult with Congress and obtain an unambiguous Authorization for the Use of Military Force from Congress before engaging in acts of war against a foreign nation” and that there was evidence that the Assad regime had used chemical agents.

Brooks delivered a House floor speech in February 2018 and later issued a statement through his office stating his opposition to the spending bill that would avert another federal government shutdown in the United States, claiming that the bill would do more harm than good by granting more funds than the country could afford. 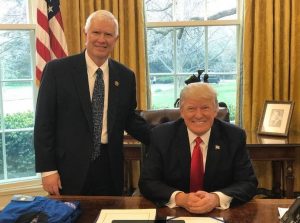 Brooks announced his support for Trump’s nomination of Brett Kavanaugh to the United States Supreme Court in July 2018, saying Kavanaugh was an excellent choice “has a proven track record of upholding the Constitution and federal law without incorporating his personal political views into his decisions As a result, I am looking forward to his Senate approval.” “In my view, America is burdened with too many liberal, activist federal justices and judges who fail to abide by their role as limited by the Constitution, and I am pleased President Trump nominated a judge who understands the importance of limiting his role to that intended by America’s founding fathers.”

Brooks voiced his support for Ohio Republican Congressman Jim Jordan in July 2018, following reports that Jordan ignored charges of sexual assault of athletes by a team doctor while working as a wrestling coach at The Ohio State University (OSU).

Brooks described his seven years working with Jordan in his statement, saying Jordan had demonstrated to him throughout that time that if he had been aware of the allegations, he “would have done everything in his ability to stop the inappropriate conduct.”

Brooks was featured on The Laura Ingraham Show on August 4, 2014, and replied to a recording of Ron Fournier warning that the Republican Party could not survive as a “party of white people” Brooks stated, “This, of course, is part of the Democratic Party’s assault on whites… And they’re starting this conflict by alleging that white people despise everyone else. It’s part of Barack Obama’s 2008 plan, which he pursued in 2012, in which he separates us all along racial, sex, creed, jealousy, class warfare, and other lines.” His statement received a lot of attention and sparked a lot of debate. When pressed about it later that day, Brooks reiterated his assertion of a “war on whites” adding, “In effect, what the Democrats are doing with their dividing America by race is they are waging a war on whites, and I find that repugnant.” Brooks went on to say that the Republican Party was engaged in a “war on whites” two days after his initial remark.

Brooks’ voting record on cannabis-related issues earns him a “B” rating from NORML. He has stated that marijuana legalization is a state issue and has voted in favour of bills that would allow Veterans Health Administration doctors to discuss medical marijuana with patients and would prohibit the DEA from taking enforcement actions against medical marijuana in states where it is legal.

Brooks stated in 2011, “Everything else going on in Washington is overshadowed by financial difficulties. Everything else in the room is being sucked out by that one set of problems.”

Brooks favours modifications to Social Security, such as enabling people to put a portion of their Social Security benefits in private retirement funds. He has stated that he opposes total privatization of Social Security “because the stock market and many other investments are simply too volatile.” Brooks also supports Paul Ryan’s proposal to transition Medicare from a government-run program to one controlled by private insurers. 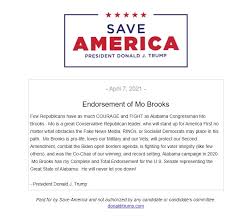 Brooks referred to President Obama’s planned jobs measure as the “Obama ‘kill jobs’ bill.” at a monthly breakfast meeting of the Madison County Republican Men’s Club. He informed the audience that it increased the national debt, promoted “frivolous lawsuits,” and established new government entities. “If Barack Obama is serious about jobs,” he said, “how about repealing Obamacare, dealing with illegal immigration, and urging the Democratic-controlled Senate to pass pro-jobs bills that have already cleared the House?”

Brooks said in May 2018 that land degradation played a substantial part in sea level rise. “Every time you have that soil or rock or whatever it is that is deposited into the seas, that forces the sea levels to rise, because now you have less space in those oceans, because the bottom is moving up.” The great majority of scientists disagree with this assertion. Brooks also claimed that the Antarctic ice sheet was expanding throughout the session. In reality, while it has increased in the past, it has declined in recent years, and prior expansion does not rule out the possibility of climate change.

“We cannot continue to be the world police,” Brooks has declared. He has voiced displeasure that the US forces did not leave Afghanistan promptly following the murder of Osama bin Laden on May 1, 2011.

Brooks opposes NATO military operations in Libya in which the US has participated. “I reject the president’s position that the way to prevent Libyans from killing Libyans is by Americans killing Libyans,” he remarked in 2011. He voted against H.R. 2278 and issued the following statement after voting: “We should be out of Libya entirely, not voting piecemeal on parts of the operation. While certain operations in Libya are prohibited by this statute, many others are permitted. The lesson of Vietnam is that the only guaranteed way to lose a war is by fighting it halfway.”

“Few Republicans have as much COURAGE and FIGHT as Alabama Congressman Mo Brooks,” said Trump in the April 2021 endorsement.

Brooks was quickly declared the Republican primary frontrunner as a result of this support. Former Alabama Republican US Rep. Bradley Byrne said on CNN at the time, “With President Trump’s endorsement, it’s clearly Mo’s race to lose,” Brooks appears to be well on his way to doing this in the interim months. 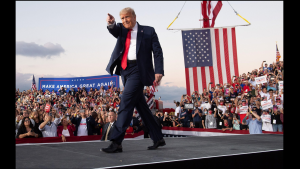 His financing has fallen well behind that of Katie Boyd Britt, Shelby’s former chief of staff. Britt’s campaign had raised over $5 million at the end of last year, contrasted with a little over $2 million for Brooks.

Perhaps more crucially for Trump, Brooks, who has relentlessly promoted the erroneous notion that the 2020 election was somehow rigged, is softening on the matter in the former President’s opinion.

“I am baffled by the view that we can do something right now to put Donald Trump into the office today,” Brooks said this week on a local radio talk show.

Brooks was described as “disappointing.” by Trump in an interview with The Washington Examiner earlier this week. “I’m determining right now, has Mo Brooks — has he changed?” Trump added.

Facebook
Twitter
Pinterest
WhatsApp
Previous articleMike Pompeo Net Worth – How Much Trump Secretary Of State Worth?
Next articleTrump to oust McConnell from Senate, and Mo Brooks agrees