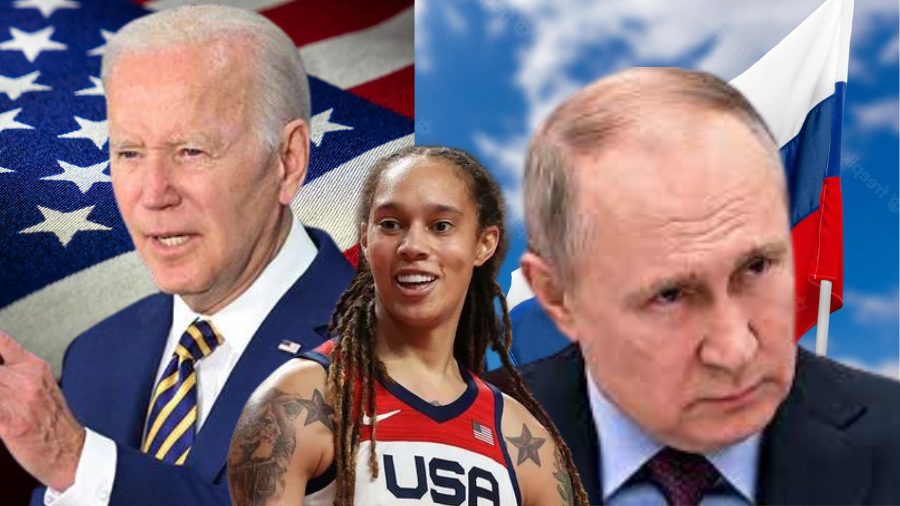 Foreign Minister of Russia Sergei Lavrov said on Friday that Russia is willing to negotiate a prisoner exchange with the United States at the presidential level after WNBA star Brittney Griner was sentenced to a jail time of 9 years last week, after being convicted of illegally possessing drugs.

After US basketball star Brittney Griner was jailed on drug charges, Russia’s Foreign Minister, Sergey Lavrov, said on Friday that the country was ready to discuss a prisoner swap with Washington at the presidential level. Lavrov told reporters that the Kremlin is willing to discuss the issue, but only through the channel agreed upon by the presidents.

“There is a specified channel that has been agreed upon by [Russian President Vladimir Putin and US President Joe Biden], and no matter what anyone says publicly, this channel will remain in effect,” Lavrov said at the Association of Southeast Asian Nations summit.

Anthony Blinken, US Secretary of State confirmed later at the same summit, that the United States will “pursue” talks with Russia. “We put forward, as you know, a substantial proposal that Russia should engage with us on. And what Foreign Minister Lavrov said this morning and said publicly is that they are prepared to engage through channels we’ve established to do just that, and we’ll be pursuing,” Blinken said.

Griner was sentenced to a 9 year jail time. Her punishment also includes a 1 million ruble ($16,300) fine. The judge announced on Thursday that she will be transferred to a penal colony, with the 5 and a half months she spent in detention prior to her trial counted toward her sentence.

According to Russian prosecutors, Griner, a Phoenix Mercury star who has spent years playing with UMMC Ekaterinburg during the WNBA offseason, had 0.702 grams of hashish oil in her luggage when she arrived in Russia in February—one week before the invasion of Ukraine. Ms. Griner admitted to carrying the drugs, but claimed she did so by accident and never intended to break Russian law. She presented a prescription from an Arizona doctor to use marijuana to treat pain.

US efforts to bring back Griner hypocritic, according to Tulsi Gabbard and Elon Musk

Forner Rep. Tulsi Gabbard pointed out the hypocrisy in the Biden administration’s attempts to free Griner, saying that while Vice President Kamala Harris was California’s attorney general, she worked to keep people convicted of similar charges incarcerated for longer than their sentences.

“Another note of hypocrisy coming from Kamala Harris and this administration,” Gabbard said. “It doesn’t make any sense.” Gabbard said her “question to her and the Biden administration is” where is their outrage for fellow Americans who are in prison today in the United States of America for minor marijuana violations. She also questioned why they are not fighting as hard for their repatriation and reunification with their families as they are for Brittney Griner.

Tesla CEO Elon Musk also voiced similar concerns and questioned President Biden’s efforts to bring Griner back home. “If the president is working so hard to free someone who is in jail in Russia for some weed, shouldn’t we free people in America?” -Musk said at a recent episode of the “Full Send” podcast. “There are people in jail in America for the same stuff. Shouldn’t we free them too? My opinion is that people should not be in jail for non-violent drug crimes.”- he added.