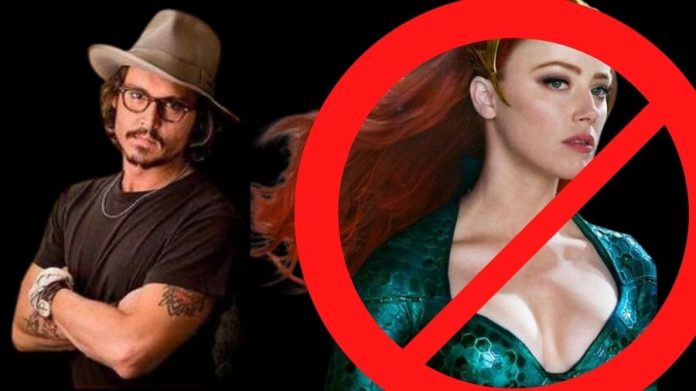 As per the recent allegations that have surfaced against Amber Heard her screen time in the upcoming Aquaman movie has been reduced and is now less than 10 minutes. As Depp claimed in court that it was Heard who physically abused him.

About two million people have signed petitions that request DCEU to drop Amber Heard from the role of Princess Mera in the upcoming Aquaman movie. Heard was also found with previous abuse allegations put on her by former partner Tasya Van Ree.

It is rumoured that Ms Heard is doing all this to ruin Depp’s reputation in Hollywood. However, no confirmation has been made on Amber Heard’s screen time being cut short in the forthcoming Aquaman movie.

Who is Amber Heard?

Amber Laura Heard born on 22nd April 1986 is a famous American actress. Heard is a Human Rights Activist and the global spokesperson for multi-million dollar cosmetic company L’Oreal Paris.  She is the ex-wife of actor Johnny Depp and is presently embroiled in a legal battle with him.

Amber was born in a strict Catholic household but later called herself an atheist after her best friend passed away at the tender age of sixteen. Heard dropped out of her Catholic High School to pursue a career in acting.

Heard began her career with small roles in films but later gained recognition because of her role in the 2006 horror movie All The Boys Love Mandy Lane. She gained importance due to the supporting roles she played in films like Pineapple Express and Never back down.

She further went on to join the DC Extended universe in 2017 by playing Mera the Atlantean Princess in the superhero movie justice league, later playing a part in Aquaman, Zack Sander’s Justice League and Aquaman and the lost Kingdom.

Who is Johnny Depp?

Johnny Christopher Depp II born on 9th June 1963 is a famous American Actor, musician and producer. Depp has been listed as the highest-paid actor by the Guinness Book of World Records in 2012. Depp was married to Lori Anne Allison, the sister of his band’s singer. They filed for divorce in 1985.

Depp’s interest in music peaked when his mother got him a guitar when he was 12 years old. He dropped out of high school at the age of 12 to become a rock musician. Depp began his music playing for a band called ‘The Kids.’ The band later moved to LA to cater to a larger audience.

Depp started his career at the age of 20 when he moved to LA with his band. After things didn’t go as planned for the band they split up. Depp’s then-wife introduced him to actor Nicolas Cage.

Nicolas Cage had advised Depp to pursue a career in acting and even helped him get a role in the famous horror movie A Nightmare on Elm Street. He then began acting in small supporting roles to pay off the expenses his music career has left.

Depp went on to become one of the most successful actors by starring as the lead in Pirates of the Caribbean, Charlie and the Chocolate Factory and many more.

What happened between Johnny Depp and Amber Heard?

Actor Johnny Depp got married to actress Amber Heard in 2015. Heard not only filed for divorce against Depp in 2016 but also filed for a restraining order against him. She claimed that he was very abusive and violent throughout their marriage while being under the influence of drugs and alcohol.

“Never did I myself reach the point of striking Ms Heard in any way nor have I ever struck any women in my life,” said Depp in his statement.

Later Depp sued Heard for defamation in context with the Washington Post op-ed. Johnny denies all claims of domestic abuse and says that Heard was the actual perpetrator of abuse and he was the victim. Due to these allegations, Depp lost his role in Pirates of the Caribbean and Fantastic Beasts.