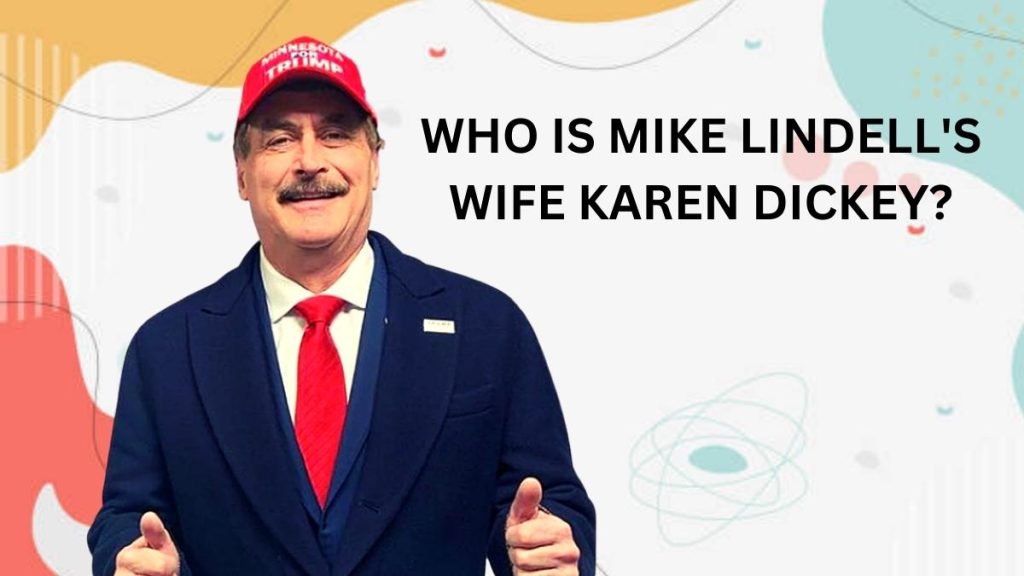 Mike Lindell is an American businessman, best known for his pillow manufacturing company, MyPillow. Lindell is also sometimes referred to as the ‘MyPillow guy.’ He is also a right-wing political activist, and is an ardent supporter and advisor to former president Donald Trump.

The MyPillow CEO has played a key role in lending financial support to former president Trump’s claims of voter fraud in the 2020 presidential election that resulted in the victory of Democrat Joe Biden. Lindell’s business recently suffered a huge blow when major US chain stores pulled his products off their shelves. As a result, Mike Lindell launched another business, this time in coffee, and named it MyCoffee. 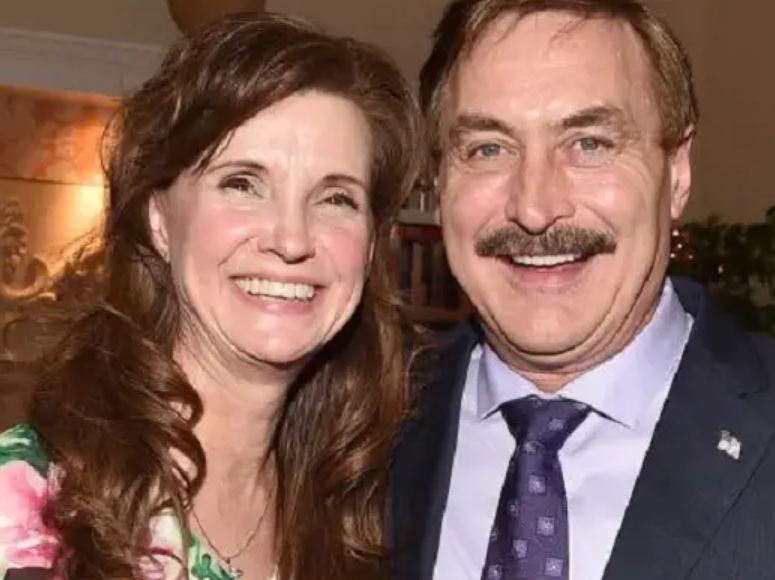 Karen Dickey is the former wife of Mike Lindell. The couple were together for over two decades before calling it quits and parting their separate ways. Karen is the mother of Lindell’s four children, Heather Lueth, Lizzy Meyers, Darren, and Charlie Lindell.

According to reports, Karen Dickey split up with Mike Lindell after 20 years of marriage because of Lindell’s cocaine, crack cocaine, and alcohol addiction. It is rumoured that the MyPillow CEO also lost his family home in the divorce proceedings.

The now-successful CEO was a victim of his habits for much of his life, even losing his family home as a result of them. He vowed to get sober in аnuаry 2009, and he’s been clean ever since. Lindell opened up about his previous drug use in a candid 2017 interview with CNBC. “I look back now, and I go, ‘The only way that we were able to do that was divine intervention,” he says of his faith in helping him overcome addiction.

Who is Mike Lindell’s second wife? 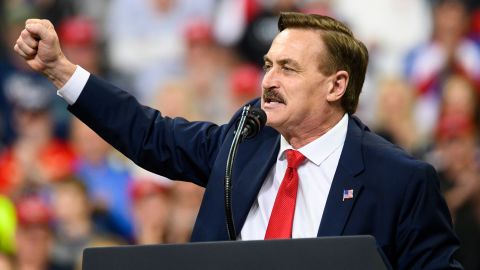 Mike Lindell and Karen Dickey got divorced in 2013, after which Lindell proceeded to marry Dallas Yocum, a businesswoman, in June the same year. According to some accounts, Lindell and Yocum had a relationship history over the two years before their marriage, which did not last for very long.

Mike Lindell and Dallas Yocum got divorced just a month after they got married. Apparently, Yocum left the MyPillow CEO because he was “boring.” The couple did not have any children while married.

A major news outlet in 2013 revealed an unpleasant incident of Lindell and his then wife Dallas, in which the businesswoman made some bombshell comments that resulted in the end of their marriage.

According to the report, Lindell and his wife were on a drive together in July, a month after their marriage, when a heated argument took place. As Mike describes the incident, “She said, ”Just leave me alone or you’re going to hear something you don’t want to hear,” Lindell recalled. “And of course, I said ‘What do you mean?’ and she looked at me while I was driving and said I don’t love you. I never loved you. You’re boring. We don’t have anything in common and you’ve ruined the last two years of my life.” Ouch!

The divorce was filed days after this incident, after which Yocum left the state with her brother. Yocum allegedly left with the wedding ring, along with other valuables like expensive jewellery, and a huge amount of money she acquired through her position as MyPillow’s customer service director. 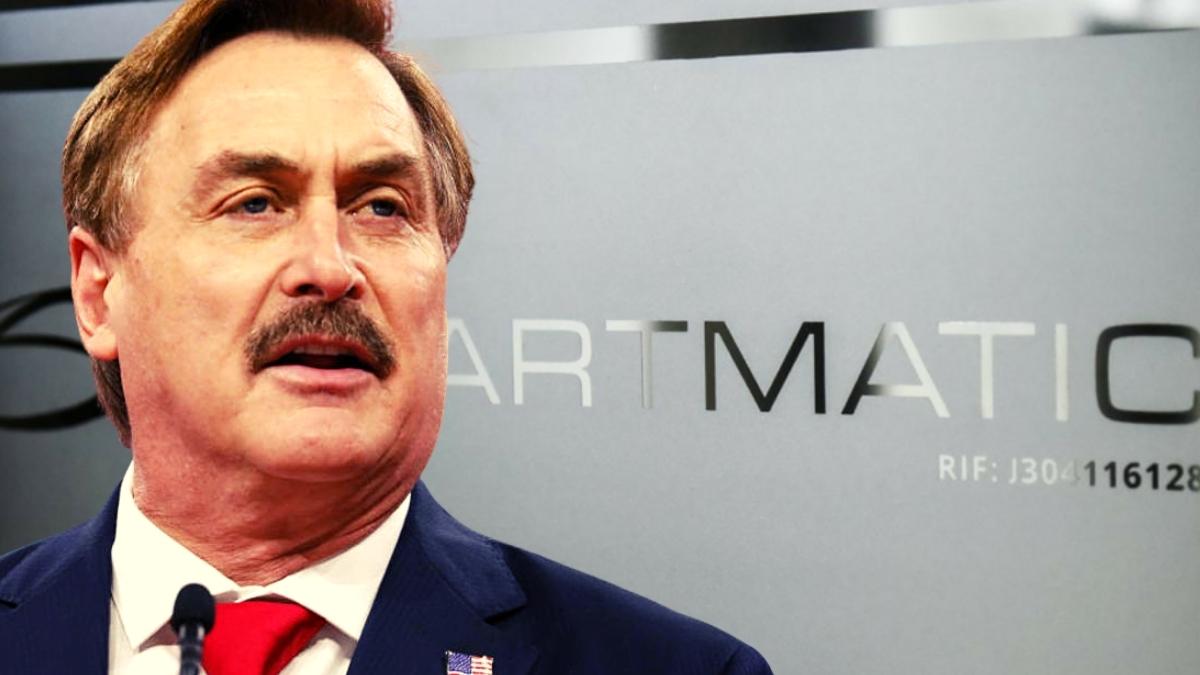 Luckily for Mike, Yocum had signed a prenup, thus, he did not suffer much financial damage. Looking back at the pictures from his two year relationship, Mike noticed that Yocum never looked happy with him, after which he soon had the realisation that it was just about the money for her.

“I get stronger every day,” said Lindell on the divorce. “I have not [gotten] angry. There was a sadness of how somebody could do something like that. God got me through it. A lot of prayer. You wake up one day and go ‘What?’… I’ve never been this blindsided.”

In the wake of his broken marriage, Mike Lindell revealed that he was trying his best to complete his autobiography, which was in need of a new ending as the then current version was supposed to end with his marriage to Dallas on June 8th. “Now that book is going to end with her telling me I’m boring and then there’s book two, which I’m living now. We don’t know how that’s going to turn out,” Lindell joked.

After facing a series of lows in his love life, Mike Lindell apparently found love again, in his current girlfriend, Kendra Reeves, whom he met in 2014. 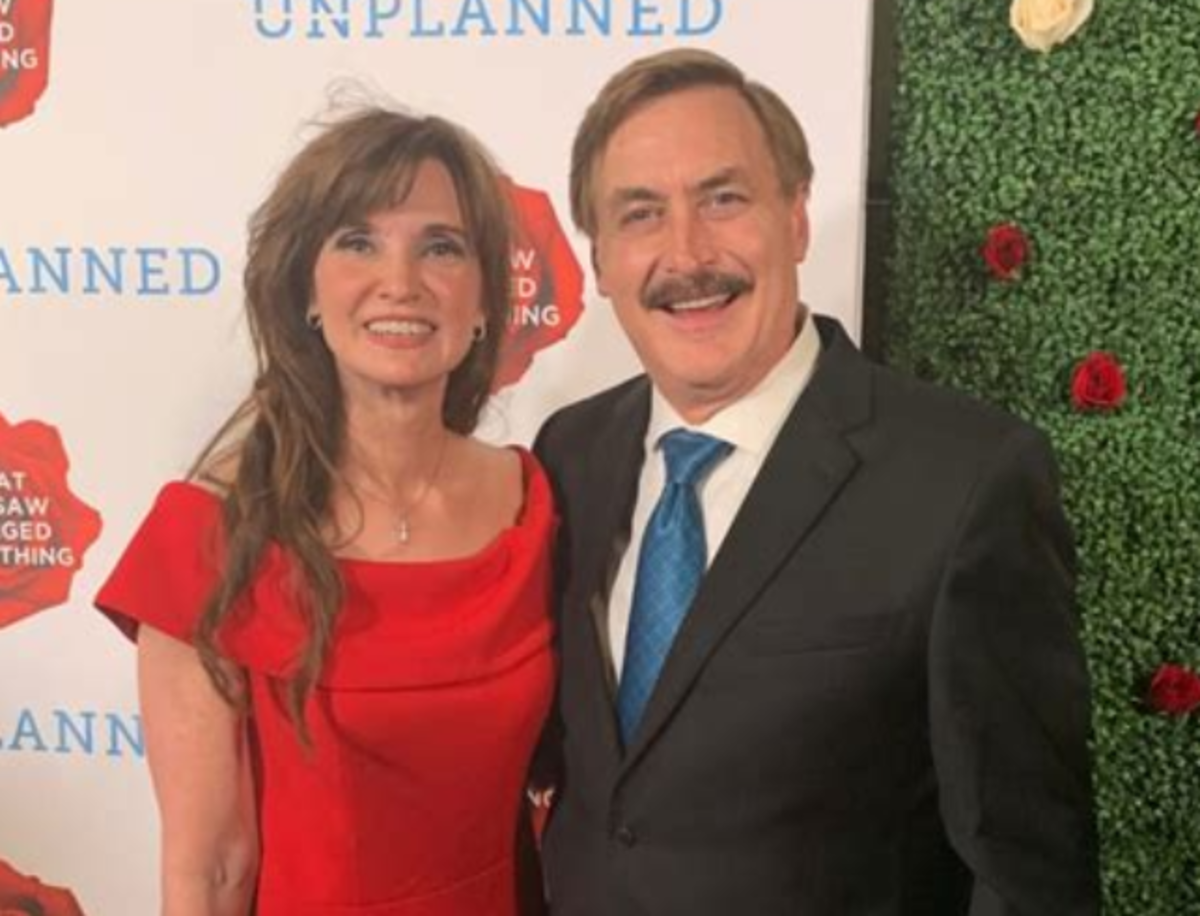 Mike Lindell, speaking fondly of Kendra, said that she has helped restore his faith in God, on top of bringing happiness to his life. “I would say, ‘Well, I believe in God.’ But it was different with her,” Lindell explained. “I was watching her, and I said, ‘Wow, I want what she has.’ I didn’t have that relationship with Jesus that she did.”

He further added, “Since that time, I can now talk about Jesus Christ in the same way I used to talk about a pillow. I talk about it with the same passion.” It is unclear whether Mike Lindell and Kendra Reeves are still together as of 2022. Many people speculate that the relationship came to an end given the fact that Kendra stopped replying to Lindell’s posts on social media.

What happened to Karen Dickey Lindell?

It is not known what happened to Karen Dickey after she parted ways with Mike Lindell. Her current whereabouts are unknown.

No, Karen Dickey is not married to Mike Lindell anymore. The  couple got divorced in 2013 after two decades of staying married.

No, Mike Lindell AKA the ‘MyPillow guy’ is currently not married to anyone.

Where is Karen Dickey now?

Information on the current whereabouts of Mike Lindell’s former wife, Karen Dickey is not available on the internet.