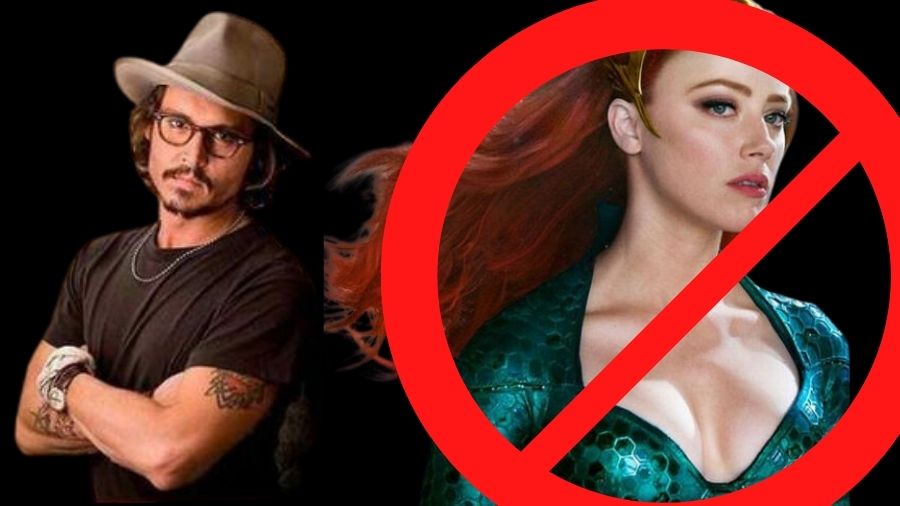 Over two million people have signed a petition demanding that Johnny Depp’s ex-wife, Amber Heard be removed from Aquaman 2. The 36-year-old actress is currently involved in a multimillion-dollar defamation lawsuit against her ex-husband, Johnny Depp, who is suing her seeking $50 million in damages over a 2018 Washington Post opinion piece in which Heard claimed to have been abused domestically, even though the article did not contain Johnny Depp’s name.

“Men are victims of domestic abuse, just like women. This must be recognized” -petition reads

The petition was filed with Change.org, and has managed to gather over two million signatures calling for Heard to be removed from the upcoming Aquaman sequel, in which she is set to play the superhero’s love interest Mera. “Amber Heard has been exposed as a domestic abuser by Johnny Depp,” states the petition, which was started by Jeanne Larson and is addressed to DC Entertainment and Courtney Simmons, the SVP for Publicity and Communications for DC Warner Bros. Larson goes on to dive into detail about Johnny Depp’s “many incidents of domestic abuse” in which he claims to have suffered at the hands of his ex-wife, Amber Heard. Among these are incidents in which Depp claims she cut his finger with a broken liquor bottle and another in which she allegedly punched him in the face.

“Men are victims of domestic abuse, just like women. This must be recognized, and action must be taken to prevent a known abuser from being celebrated within the entertainment industry,” the petition states further, concluding: “Do the right thing. Remove Amber Heard from Aquaman 2.”

The defamation trial kicked off two weeks ago, on April 11, and is getting uglier by the day. Depp is seeking $50 million in damages, and Heard has counter-sued her ex-husband, seeking $100 million.

An audio recording of Heard admitting to hitting Depp was played in court last week. The video, in which she taunts her ex-husband to “tell the world” and “see how many people believe or side with you,” has gone viral on social media and has helped Depp’s cause, swaying public opinion over to his side. Since Heard first claimed to have suffered domestic abuse in 2018, Depp has been dropped from a number of high-profile projects, including the beloved Disney franchise Pirates of the Caribbean and in 2020, the Harry Potter prequel series Fantastic Beasts and Where to Find Them. Depp took to his Instagram to let his fans know about the news saying, “I wish to let you know that I have been asked to resign by Warner Bros. from my role as Grindelwald in ‘Fantastic Beasts’ and I have respected and agreed to that request.”

When it was announced that Depp would be replaced in the third Fantastic Beasts film, the petition gained traction. The petition has resurfaced as more details about the celebrity couple’s volatile relationship have surfaced during their trial, which is expected to last for several more weeks.