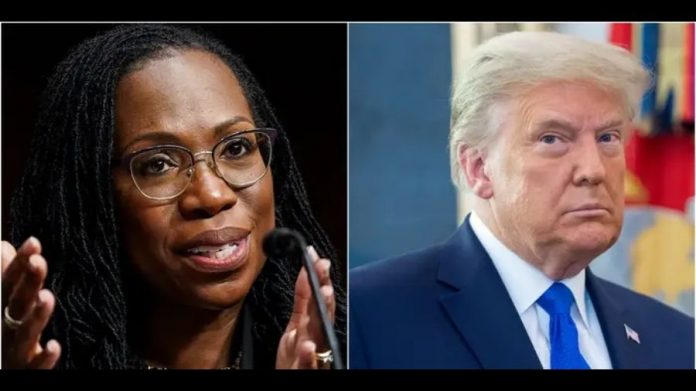 Speaking at his ‘Save America’ rally held Saturday, March 26, in Commerce, Georgia, former President Donald Trump made Ketanji Brown Jackson a subject of disdain for allegedly “disrespecting” GOP senators who were only asking questions ‘nicely’ during her Supreme Court confirmation hearings.

According to Trump, Jackson responded to GOP lawmakers with “disdain” and “hatred” during the course of her tense four-day hearing.

“Judge Jackson was unbelievably disrespectful to Republican Senators that in many cases were really nicely asking questions,” Trump said. “She had total disdain and even hatred for them.”

Ketanji Brown Jackson’s Supreme Court confirmation hearings have been described as “poisonous”, “hyperpartisan” and “offensive” by media outlets, considering the aggressive interrogation of the judge by GOP senators.

The confirmation hearing of Ketanji Brown Jackson has been dominated by allegations by Missouri Senator Josh Hawley that the Supreme Court nominee has gone easy on the cases concerning child sexual abuse and the possession and viewing of child pornography.

The Missouri Senator publicly introduced the case on Twitter and elaborated on it during the Senate Judiciary Committee hearings. As the hearings continue, the questions that Hawley’s cases have raised still need rebounding, solid answers from not just Jackson, but also Congress as well as the entire justice system. 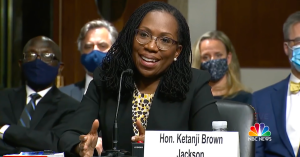 Senate Majority Whip Dick Durbin had to intervene in Ted Cruz’s questioning, frequently banging the gavel and asking Cruz to abide by the rules.

Senator Ted Cruz joined the Republicans in throwing a spanner in the works for Ketanji Brown Jackson when he questioned the Democratic Supreme Court nominee on critical race theory. Cruz dived into detail about how the critical race theory originated at the Harvard Law School, their mutual alma-mater and how race plays a delicate role in legal frameworks.

Cruz asked what Jackson thought of it to which she replied, “Senator, my understanding is that critical race theory is – it is an academic theory that is about the ways in which race interacts with various institutions,” she said. 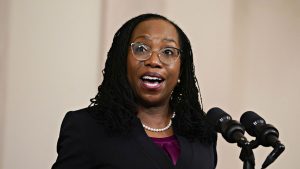 “Do you think that’s an accurate way of viewing society and the world we live in?” Cruz asked.

“Senator, I don’t think so. But I’ve never studied critical race theory. I’ve never used it. It doesn’t come up in the work that I do as a judge,” Jackson replied.

Trump says Jackson is “proud of voting against him”

During his speech at the Georgia rally, Trump said the Democratic Supreme Court nominee was “very proud” of ruling against him in the past. 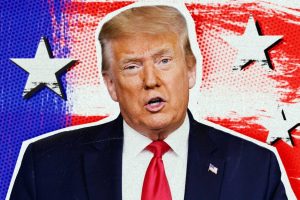 The Senate Judiciary Committee is scheduled to vote on Ketanji Brown Jackson’s nomination on April 4. If confirmed, Jackson shall rewrite history by becoming the first Black woman on the Supreme Court.