Ron DeSantis: ‘Nobody Has Done More to Help the Cartels than Biden’ 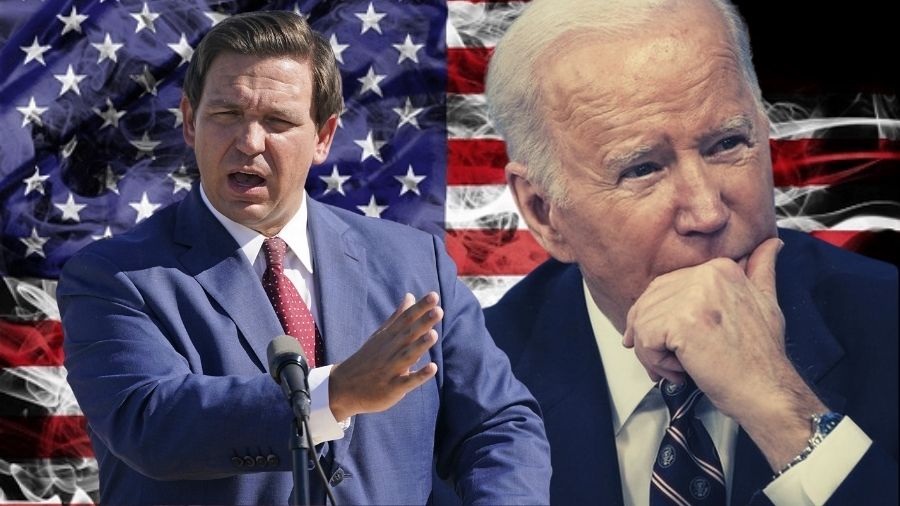 Florida Governor Ron DeSantis says that President Biden’s decision to repeal Title 42 will end up disastrous, and declared that he will be sighing a bill to fight the inevitable surge of illegal immigrants into the sunshine state.

On Wednesday, Florida’s governor announced his intention to sign a new immigration bill that will strengthen the state’s ban on sanctuary cities. All of this was said by Gov. Ron DeSantis during another infrastructure award ceremony in Okaloosa County. He stated that the bill would be inked within the next few weeks.

Ron DeSantis said that the US President’s decision to repeal Title 42 put in place by former President Donald Trump will compromise the quality of life of American citizens even further and that Biden is “helping drug cartels” through his border policies.

“You know, those border communities are just getting killed down in southern Texas,” DeSantis said. “Biden should be given an honorary membership in the Mexican drug cartels because nobody has done more to help the cartels than Biden with his open-border policies. It’s been a disaster. I fear with Title 42, if they do repeal it, I think things are fixing to get even worse,” he added.

According to DeSantis, more than 2 million illegal immigrants have crossed the border with Title 42 still in effect. This number will increase tenfold in the coming days.

“What does that mean in terms of the quality of life for Americans? Well, we know we’ve seen record human trafficking, sex trafficking, drug trafficking such that now the number one cause of death for people 18 to 45 in the United States of America is fentanyl overdose,” DeSantis explained.

DeSantis says he will “bus illegal aliens to Delaware” if the federal government decides to dump them in Florida.

DeSantis also criticised Biden’s embrace of Catch and Release, noting that Florida had taken legal action over it. The governor stated that he plans to sign legislation opposing the Biden administration’s open-border policies in the coming weeks.

“I’m also going to sign a bill here in the next couple of weeks that any of if there’s contractors that the federal government hires to dump illegal aliens in Florida, then those contractors forfeit the ability to do business with the state or with local communities. And we’re just not gonna do it,” he said, adding his administration will bus illegal immigrants to Delaware and elsewhere if Biden attempts to dump illegal immigrants in the Sunshine State.