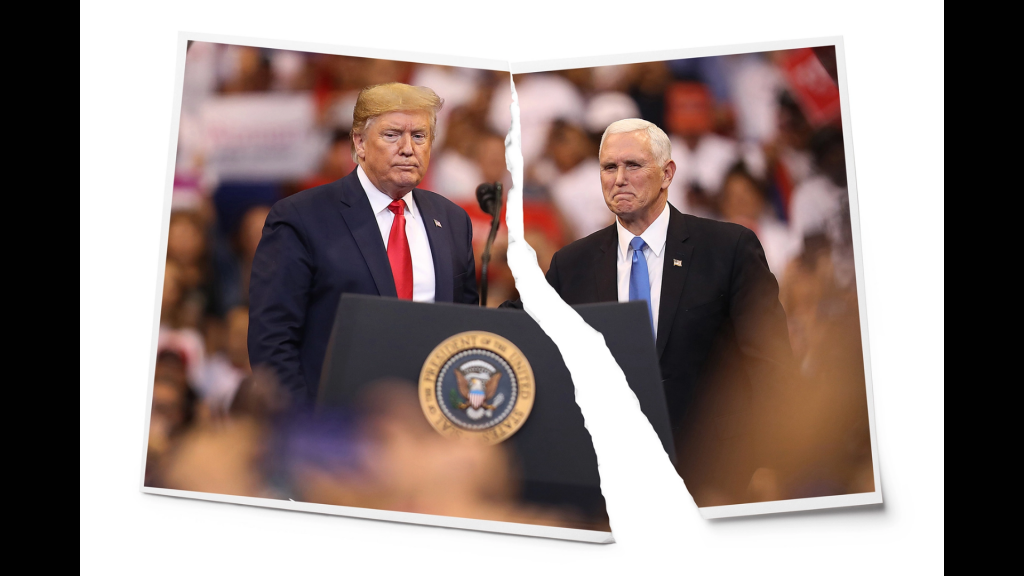 The forthcoming presidential elections in 2024 has the world eagerly waiting for the Biden-Trump rematch. Although the former president hasn’t yet officially declared his candidacy, we have witnessed numerous rallies by Trump hinting at a 2024 run.

Trump has also started making assumptions about the upcoming bid, the most recent one about none other than his former Vice President, Mike Pence. The former president is under the impression that Mike Pence would still happily run alongside Trump for a potential 2024 bid, as showcased by a recent interview (even though he almost got the former vice president killed during the Jan 6 Capitol riot) but Trump wouldn’t give him a chance because apparently, Pence failed him as a friend when he refused to help overturn the election results in 2020. Trump has already dismissed Pence from running because “the people” wouldn’t accept it.

“Haven’t spoken to him in a long time,” Trump on Pence

“Mike and I had a great relationship except for the very important factor that took place at the end,” -said Trump. “We had a very good relationship. I haven’t spoken to him in a long time.” -he added. Let’s do a reality check, shall we? Of course, Mike Pence remains unaffected by all of this considering reports that claim that he might even run for President in the 2024 elections. Pence also cleared all the false claims stating he had the power to overturn the results when he declared last month, “President Trump is wrong. I had no right to overturn the election. The presidency belongs to the American people and the American people alone. And frankly, there is no idea more un-American than the notion that anyone person could choose the American president. Under the Constitution, I had no right to change the outcome of our election.”