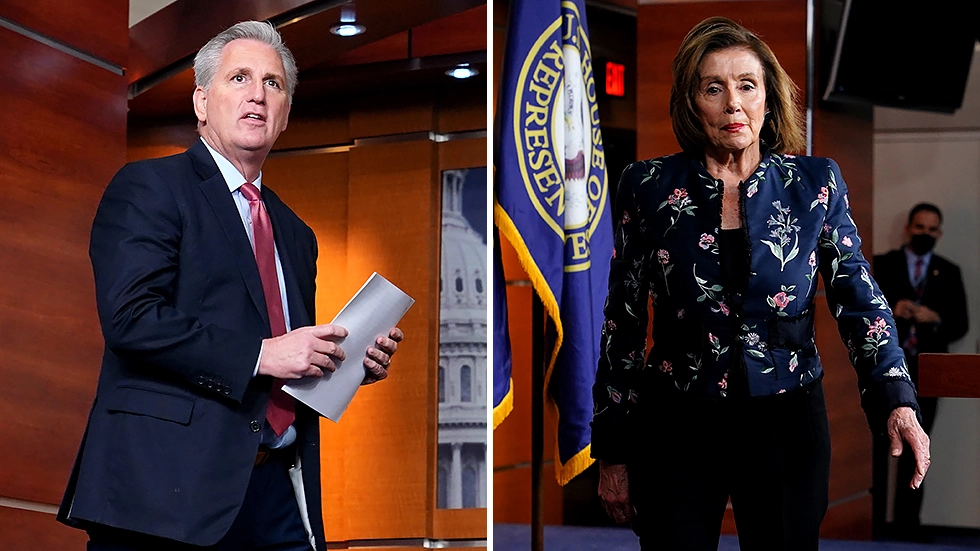 The far-right caucus sent McCarthy a letter Friday asking their leader to bring up a privileged motion on behalf of the GOP conference by July 13 “to vacate the chair and end Nancy Pelosi’s authoritarian reign as speaker of the house.”

The caucus is fuming over Pelosi’s decision this week to remove republican Reps. Jim Banks and Jim Jordan, a founding member of the Freedom Caucus, from the Jan 6 committee. They called her decision an abuse of power and “intolerable”.

“Speaker Pelosi’s tenure is destroying the house of representatives and our ability to faithfully represent the people we are here to serve,” the freedom Caucus members wrote to McCarthy.

McCarthy’s office did not immediately respond to fox News’ request for comment.

If McCarthy agrees to move on the Freedom Caucus’s demands, the effort has long odds given that Democrats control the house. A spokesperson for Pelosi also did not immediately offer comments to Fox news.

McCarthy picked five Republicans to sit on the newly formed Jan 6 select committee to investigate the attack on the capitol, but Pelosi rejected two of his choices – Banks and Jordan – citing their dismissive statement about the committee and the need to protect the integrity of the panel.

In the letter, the Freedom Caucus also cited other reasons why Pelosi should be removed, she has allowed remote, proxy voting by lawmakers due to the coronavirus pandemic, and she had metal detectors installed at the entrances to the house floor after the Jan 6 attack.

“Speaker Pelosi’s tenure is destroying the House of representatives and our ability to faithfully represent the people we are here to serve,” the group wrote.

but their main gripe was her decision this week to essentially veto two of McCarthy ‘s five GOP picks for the Jan. 6 Select committee: Reps. Jim Banks (R-Ind) and Jim Jordan (R-Ohio). Both are diehard Trump loyalists and Jordan was the founding chairman of the Freedom Caucus. In response, a furious McCarthy said Republicans would boycott participating in the committee, which kicks off its first hearing Tuesday.

“Less easily reversible” than proxy voting and metal detectors “is the damage done to the institution by the leadership of one party dictating the ability of members of the other party to serve in roles at the discretion of their conference,” The letter said. “That abuse cannot go unchecked.”

“Speaker Pelosi’s refusal to seat Rep. Jim Jordan and Rep. Jim banks on the select committee to investigate January 6 is intolerable. Republicans under your leadership must show the American people that will act to protect our ability to represent their interests.”

The plot by trump loyalists to oust Pelosi hues closely with a far-fetched, seven-point plan to reinstate Trump as president “In days, not years.” Cards outlining the strategy were made by a group called Patriots soar and distributed this month to people attending a conservative Political Action Conference gathering in Dallas.

Nancy Pelosi’s plan to seek re-election extends one of San Fransisco’s longest-running, most fevered political Guessing games, Who will succeed the democrat when she finally does step aside?

The announcement Tuesday by the 81-year-old congresswoman was utterly predictable. Her decision augurs an election that will be thoroughly pro forma.

Pelosi will attract, as she always does, at least one candidate running to her left, who will insist- in true San Fransisco fashion- that she is not a real democrat. There will also be a republican opponent or two, who may raise many millions of dollars from Pelosi haters around the country acting more out of spite than good sense. And then, in just about nine months, she will be handily re-elected to congress for the 18th time.

Nob Hill may crumble, Alcatraz may tumble. But Pelosi, who hasn’t bothered running anything remotely resembling a campaign in decades, will not be turned out by her constituents so long as she draws a breath and stands for election.

Also, Read | Washington State Aims to Do Away with Most Non-Electric Vehicles by 2030

There was speculation she might step aside and not run again. But Pelosi knows better than anyone the power and influence not to mention prodigious fundraising capacity. That would diminish the moment she indicated the rest of the year would be spent marking time for her departure.

In an October 2018 interview, while campaigning in Florida ahead of the midterm election that returned her to the speakership, Pelosi allowed how she did not envision staying in office forever. (It was a signal to those impatient democrats in the house that their aspirations would not die aborning and helped her secure the votes she needed to retake the gravel.)

“I see myself as a transition figure,” Pelosi said at a downtown Miami bistro. “I have things to do. Books to write; places to go grandchildren, first and foremost, to love.” 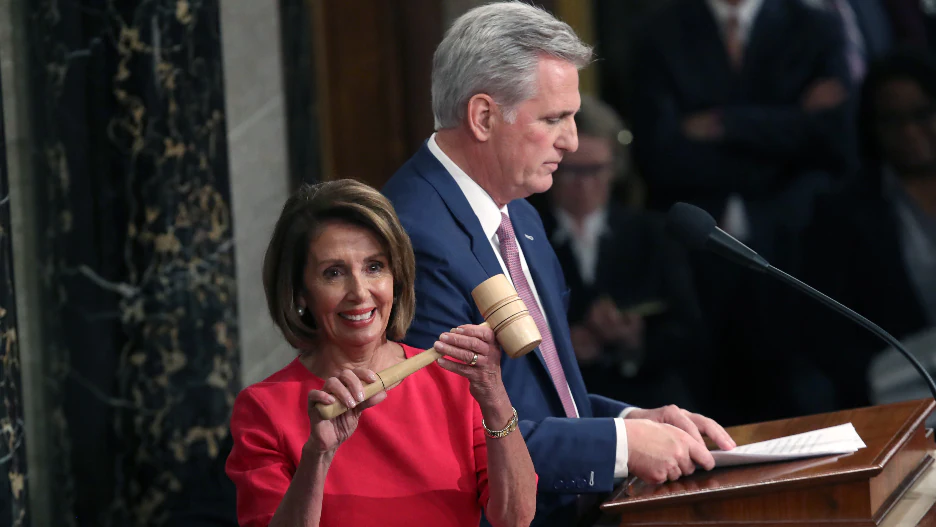 But she quickly added, she was not imposing a limit on her tenure. “Do you think I would make myself a lame duck right here over this double espresso?” Pelosi said with a raised eyebrow and a laugh.

She won’t of course, live forever, and for so many years there has been speculation and some quiet jockeying over who will eventually take Pelosi’s place.

To say her seat in congress is coveted is like suggesting there is a wee bit of interest in the city in a certain sporting event this weekend. (For those no football fans, the San Francisco 49ers will be playing the Rams in the NFC championship game for a ticket to the super bowl.

In nearly 60 years, just three people have served in the seta Pelosi holds now. Two of them Phil Burton and Pelosi account for all but a handful of those years. Burton’s widow, Sala, served about four years before, as she lay dying, She anointed Pelosi as her chosen replacement.

So succeeding Pelosi could be the closest thing to a lifetime appointment any San Francisco politician will ever enjoy. Ans given all the pent-up ambition, there is no shortage of prospective candidates. One of the strongest contenders is state Sen. Scott Wiener, 51, who has built an impressive record in Sacramento in a district that roughly Approximates the current congressional boundaries.

Another prospect is Christine Pelosi, 55, the most politically visible of the speaker’s five children and a longtime activist in Democratic campaigns and causes. If she ran, to What length if any would the speaker go in hopes of handling off the seat to her daughter?

Republicans seem exceedingly likely to win control of the house in November. It seems exceedingly unlikely that Pelosi would happily settle into the role of minority leader, much less fall back as a workday member of a shrunken, enfeebled Democratic Caucus.

Most Voters want Pelosi to leave leadership, but the Bulk of Democrats still back her

Why Pelosi may not matter