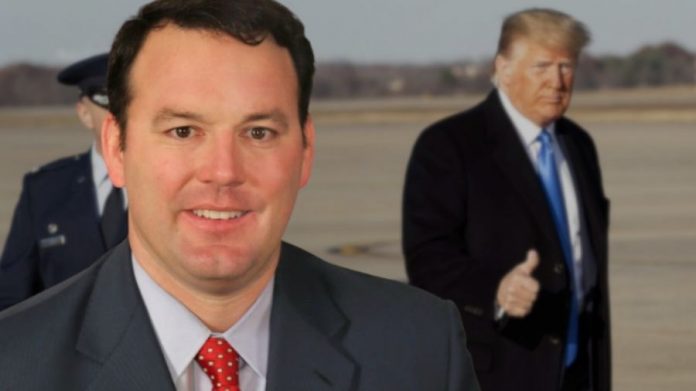 Burt Jones, a Republican from Jackson, gained Trump’s support by supporting the former president’s assertions that the election was rigged, both in Georgia and nationwide. In Georgia, three vote counts; both computer and manual, verified Biden’s victory against Trump, and the courts have dismissed cases seeking to invalidate the results.

Trump said, “No one has fought harder for Election Integrity than Burt, and no state needs it more.” 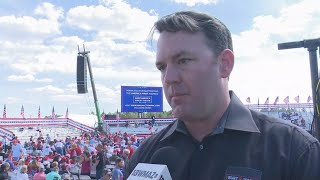 Burt Jones, who is running for Georgia’s next Lieutenant Governor, slammed weak Republicans during a rally given by the former president in the Peach State on Saturday.

Burt Jones took to Twitter and shared a clip from his speech at the Save America rally in Georgia. He captioned the video, “Proud to have President Trump’s full endorsement in our campaign for Lieutenant Governor. It might just be…the year of the Dawg!”

He talks about Herschel and his service to the state. Also, he candidly displays his frustration toward weak-kneed Republicans who didn’t support Donald Trump’s claim of election fraud. 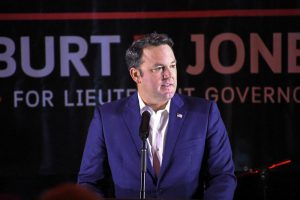 “And we cannot have that because the elections, ladies, and gentlemen, could have been so simple to fix,” he said. “They could have been so simple to investigate. But so many of the people in leadership did not want to do that, and I can tell you right now if you elect me lieutenant governor, we’re going to restore confidence in our elections process.”

According to a campaign official, Jones’ “election integrity platform is a move to simplify the elections process and restore trust and transparency into our elections.”

Jones would want to see the following actions implemented to ensure election integrity:

His campaign stands in support of the Republican vision and supports former president Donald Trump. 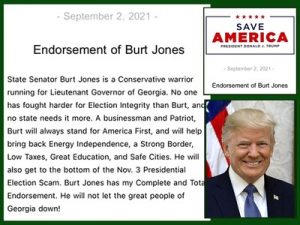 Jones also slammed Duncan, who is well-known for his resistance in the face of Trump’s accusations of 2020 election fraud.

He said, “Geoff Duncan’s 2.0 group is nothing but a grift and vanity project to draw attention away from his disastrous record as Lieutenant Governor,” “the voters of Georgia are tired of self-serving career politicians who want the spotlight and a paycheck—but don’t care about the needs or struggles of real Georgia families.”

Since January 2013, William Burton-Jones has served in the Georgia State Senate, representing the 25th district.

Jones graduated from Woodward Academy in 1998 and the University of Georgia in 2002, where he played high school football and majored in history. He was a member of the SEC Championship-winning Georgia Bulldogs football team in 2002. Jones was listed as the lead defendant in a civil action against JP Capital & Insurance in 2009 for scamming a real estate brokerage for more than $500,000 in 2009. The matter was eventually resolved out of court for an unknown sum.

Jones is running for the Republican nomination for lieutenant governor, and he declared his candidacy on August 10, 2021. President Donald J. Trump has backed him, calling him a “conservative warrior.”

Facebook
Twitter
Pinterest
WhatsApp
Previous articleRepublican-led states are now banning private funding after it saved the 2020 election
Next articleVernon Jones Net Worth- How much is he worth?