Find Out Exactly What Makes Trump Great in Trumpet Documentary

We Find Out Exactly What Makes Trump Great in the ‘Trumpet documentary.’ ‘Unprecedented’ The three-episodes docuseries disclose unfiltered sit-down interviews with former US President Donald Trump and his family and their reactions to the capitol insurrection on January 6. The series releases on Discovery+.

“Yeah, let’s skip the 6th,” eric Trump stated when the British filmmaker Alex Holder asked about the events on January 6. Ivanka, Don Jr. and Eric decline to speak about the fateful day the Capitol was defeated. 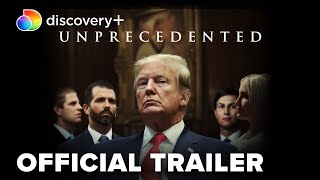 While Holder’s footage was subpoenaed by the House panel investigating the January 6 attack, which had a hype about unusual access to Trump and his coterie of advisors, family, and top officials but also revealed a few astonishing or exciting crossed wires moments. With unparalleled access, Trump: Unprecedented presents a timely look at recent history.

Let’s spill the nothing burger facts!

Despite the hype of the post elections as entire plates of lunch thrown against the wall, persuading and all sorts, it was all measured and structured accordingly.

As unusual as it was for Holder, relatively new to the Trumpet documentary aura, interviews with subjects who have been in the public’s eye since birth must have been challenging. Well, to use one of the common phrases within TrumpWorld, ‘Unprecedented’ is a kind of nothing burger.’

In Trumpland, everything is gilded and perfect!

Regardless of holding hard to the presentation, eric Trump reveals the core of the family mindset and how they might have handled the electoral defeat.

As the docuseries presents, a while ago, when Trump was into real estate, steaks, casinos, and airlines, his motto to create his image in service was: In Trumpland, everything is gilded and perfect. No matter what’s exploding, closing down, or going bankrupt, it’s critical to look like you’re a big success.

Everything that was rolling on camera was performance; nothing was off camera!

New York Times revealed that Trump agreed to participate because they felt that Holder, an unknown British filmmaker, out of the Washington press corps could bring out the relevant facts and polish Trump’s legacy.

The hook of the series is that Holder gained extraordinary access to both Trump and his adult children, who effectively managed his 2020 election campaign.

The final cut of Unprecedented is not particularly hefty in fly-on-the-wall juncture, nor are the behind-the-scenes encounters all that surprising, perhaps showing the limitations to the filmmaker’s access.

We glimpse the family stories of Ivanka, Don Jr, and Eric growing up with their famous father.

Ivanka Trump expresses her father being a conventional one but also stated, “none of us ever questioned, we were his top priorities.” One theme in the second episode is how the Arizona election conveyed the strategy for the Trump family.

“Well, it was a sad day, but it was a day where there was great anger in our country,” Trump said in the third episode of the docuseries.

Eric Trump stated that he could “assure politics is not over for this family,” though he is focused on spending some family time.

Don Jr. said he was flattered by calls for him to follow in his father’s footsteps and the docuseries seems to believe that he is the future politician of the dynasty. Still, he is not looking for a formal position in the election.

Once he left the White House and settled in Florida, former President Donald Trump told Holder what he learned from the election.
“I think I learned with the 2020 election, and you have to be very untrusting,” Trump said.

We’re getting along incredibly well. We have a tremendous base. But I’ll be deciding the not-too-distant future, and stay tuned.” Meanwhile, the former president has continued to lay the groundwork for a 2024 run, but he has not formally announced it.

Holder also added that the Trump family had no control over the presentation in the Trumpet documentary.

“As a British filmmaker, I had no agenda coming into this,” he shared on Twitter” According to him, through the docuseries, they were only trying to understand who precisely the Trumps were and what made them so desperately motivated to hold onto power.