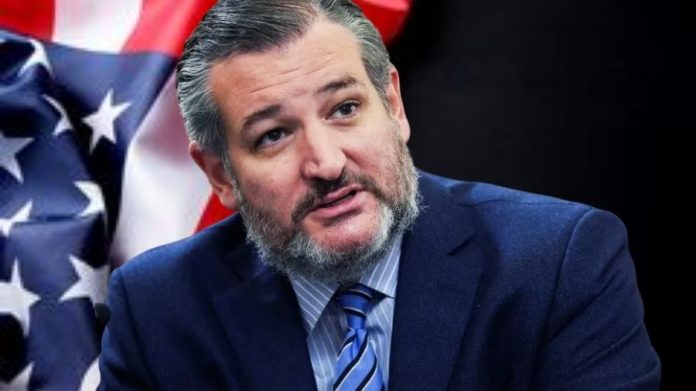 On Stage at the annual meeting of the National Rife Association held at Houston’s George R. Brown Convention Center in Texas a few days ago, Senator Ted Cruz continued to advocate for Second Amendment rights and said that taking guns away is not the answer to a situation like this.

An estimated 4,000 protesters showed up outside the convention centre hours before former President Donald Trump delivered his remarks, while several high-profile guest speakers including  Texas Lt. Gov. Dan Patrick and  Gov. Greg Abbot dropped out of peaking at the event in the wake of the tragic death of 21 people including 19 children at the hands of an armed 18-year-old boy in Uvalde, Texas.

“While a strong supporter of the Second Amendment and an NRA member, I would not want my appearance today to bring any additional pain or grief to the families and all those suffering in Uvalde,” Texas Lt. Gov. Dan Patrick said in a statement.

“The rate of gun ownership hasn’t changed. And yet acts of evil like we saw this week are on the rise,” Texas Sen. Ted Cruz told crowds at the National Rifle Association’s convention in Houston last week. “It’s never been about guns,” Cruz added.

“Tragedies like the event of this week are a mirror forcing us to ask hard questions, demanding that we see where our culture is failing,” Cruz said. “We must not react to evil and tragedy by abandoning the Constitution or infringing on the rights of our law-abiding citizens.”

The Texas Senator in his speech that lasted around 30 minutes, addressed the Ulvade tragedy, and said that the solution to evil like this is not “taking away the means of protecting ourselves against evil — in the form of gun control.”

“What happened in Uvalde was a tragedy. There are no two ways about it. Evil exists in this world, and evil will always exist until that fateful day. But the solution to evil is not taking away the means of protecting ourselves against evil — in the form of gun control.” -Cruz said.

“What stops armed bad guys is armed good guys,” Cruz added. What he is trying to imply is that we should emphasize on those methods even more! On this side of the great divide, humans are not perfectible. Simply put, we are all depraved at our core, and goodness can only come from God’s grace. Even those founders who operated outside the Christian tradition recognized man’s imperfection. This is why they established a system of checks and balances. The people are one of those checks, as they have the right to self-defence and the regulation of a well-organized militia.

Trump says he showed up and “didn’t disappoint” unlike others

Former President Donald Trump also attended the event and delivered a headline speech in support of gun rights at the NRA meeting in Houston. He started out by expressing his grief at the loss of 21 innocent lives in the Uvalde shooting and called out the names of all of them.

“What a horrible, horrible thing it was to see it, to watch it, to hear about it. The terrible murder of 19 innocent children and two adult teachers, with many badly injured, was a savage and barbaric atrocity that shocks the conscience of every single American, so horrible. I want to ask for a brief moment of silence as I read the names of these beautiful people, all young, wonderful lives ahead of them.” -Trump said.

He said that more attention should be paid to mental health facilities and the security system in schools should be strengthened further.

“We need to drastically change our approach to mental health. There are always so many warning signs, almost all of these disfigured minds share the same profile. When people see something, whether on social media or in school, they need to say something. Teachers, parents, school officials, and community members need to be recognizing and addressing these alarm bells promptly and very, very aggressively. And our school discipline systems, instead of making excuses and continually turning a blind eye, need to confront bad behaviour head-on and quickly.” -said the former president.