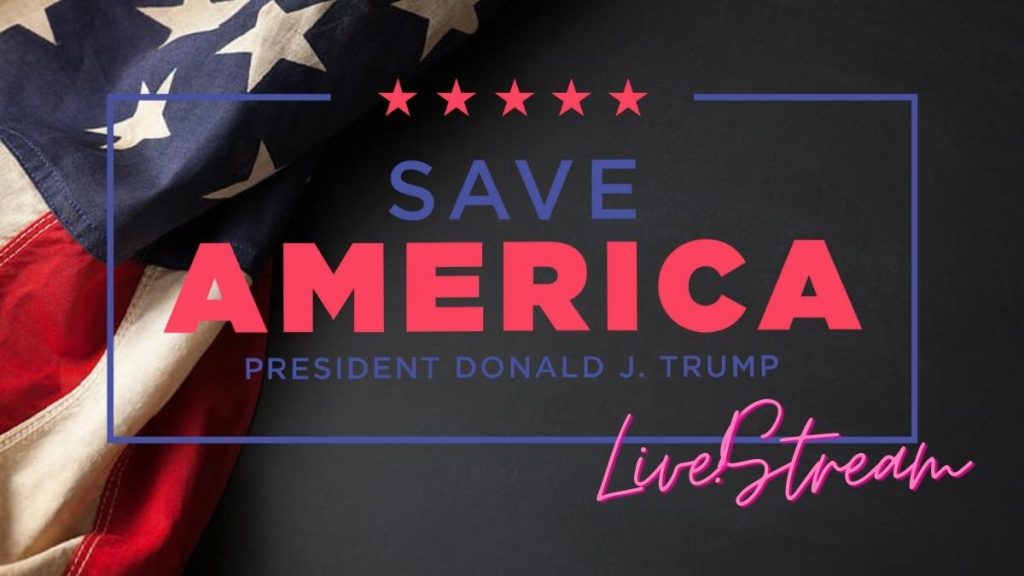 “President Donald J. Trump, 45th President of the United States of America, will be joined by endorsed candidates and other special guests on Sunday, October 9, 2022, in Mesa, AZ.”-read the website further. The rally will take place a month ahead of the Midterm elections scheduled in November.

Arizona Gubernatorial candidate Kari Lake seemed excited for the rally in a Twitter post that read, “President Trump is coming back to town to hold a rally with the @AZGOP ticket!!!!,” along with an attached link to get tickets.

President Trump is coming back to town to hold a rally with the @AZGOP ticket!!!!

The upcoming Save America rally is the latest in a series of similar events that have been organised in an attempt to solidify the GOP’s grasp in crucial battleground states for the upcoming midterms, which will ultimately affect the outcome of the 2024 presidential elections. The former president has so far visited several states including North Carolina, South Carolina, Georgia, Texas, and most recently, in Warren, Michigan, to support his endorsed candidates.

Former President Doanld Trump’s Arizona rally will be attended by thousands of supporters as these rallies are typically characterised. If you will not be able to attend the rally in person, don’t worry, we got you covered!

We will be adding a live stream on the day of the rally right here on The Conservative Nut so that you don’t miss a single moment of the rally in Arizona. Until then, stay tuned with us through Telegram and subscribe to us via mail to receive regular updates.

Trump Arizona Rally Schedule: When and Where VENUE: The upcoming Save America rally will be held in Mesa, Arizona. The venue for the rally is Legacy Sports Park, 6321 S. Ellsworth Road, Mesa, AZ 85212.

Step to book Tickets for Donald Trump’s Save America Rally in Mesa, Arizona

Tickets for the upcoming Save America rally in Mesa, Arizona are available at the official website of Mr. Trump’s PAC, Save America. You can register for up to two tickets from a single mobile number. Tickets will be distributed on a first come first serve basis and are paid for by the Save America organisation. Please make sure to provide an active phone number since you won’t be registered for the event unless you are verified by phone.

Here are a few simple steps through which you can get registered for the upcoming rally in Mesa, Arizona: 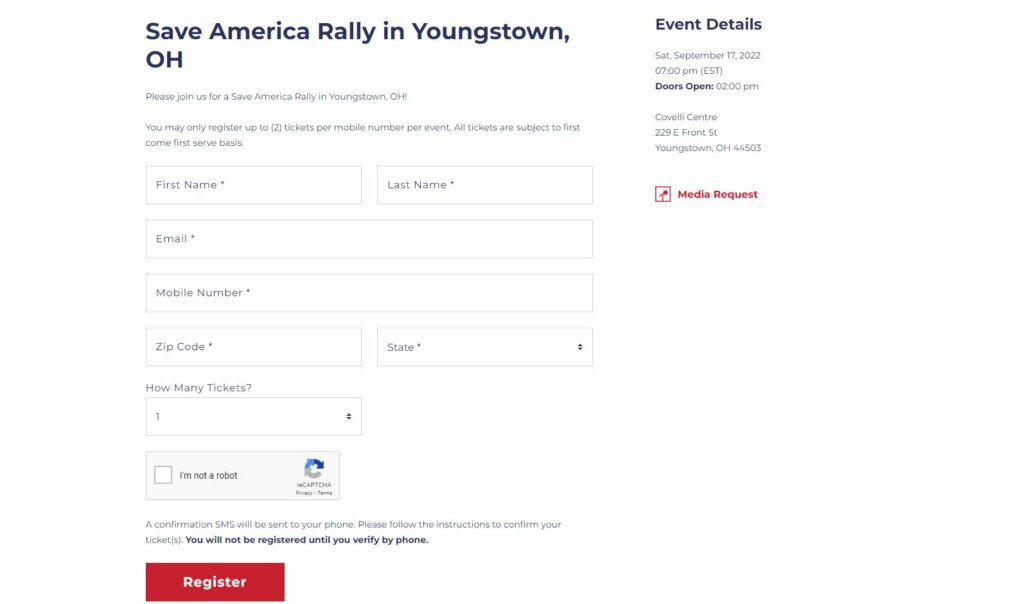 “This Save America rally is a continuation of President Trump’s unprecedented effort to advance the MAGA agenda by energizing voters and highlighting America First candidates and causes.”- reads the official Save America website. Speakers for the rally

The upcoming rally in Mesa, Arizona will be attended by a long line-up of influential conservative speakers including Kari Lake, Blake Masters and Mark Finchem, besides former president Donald Trump himself. 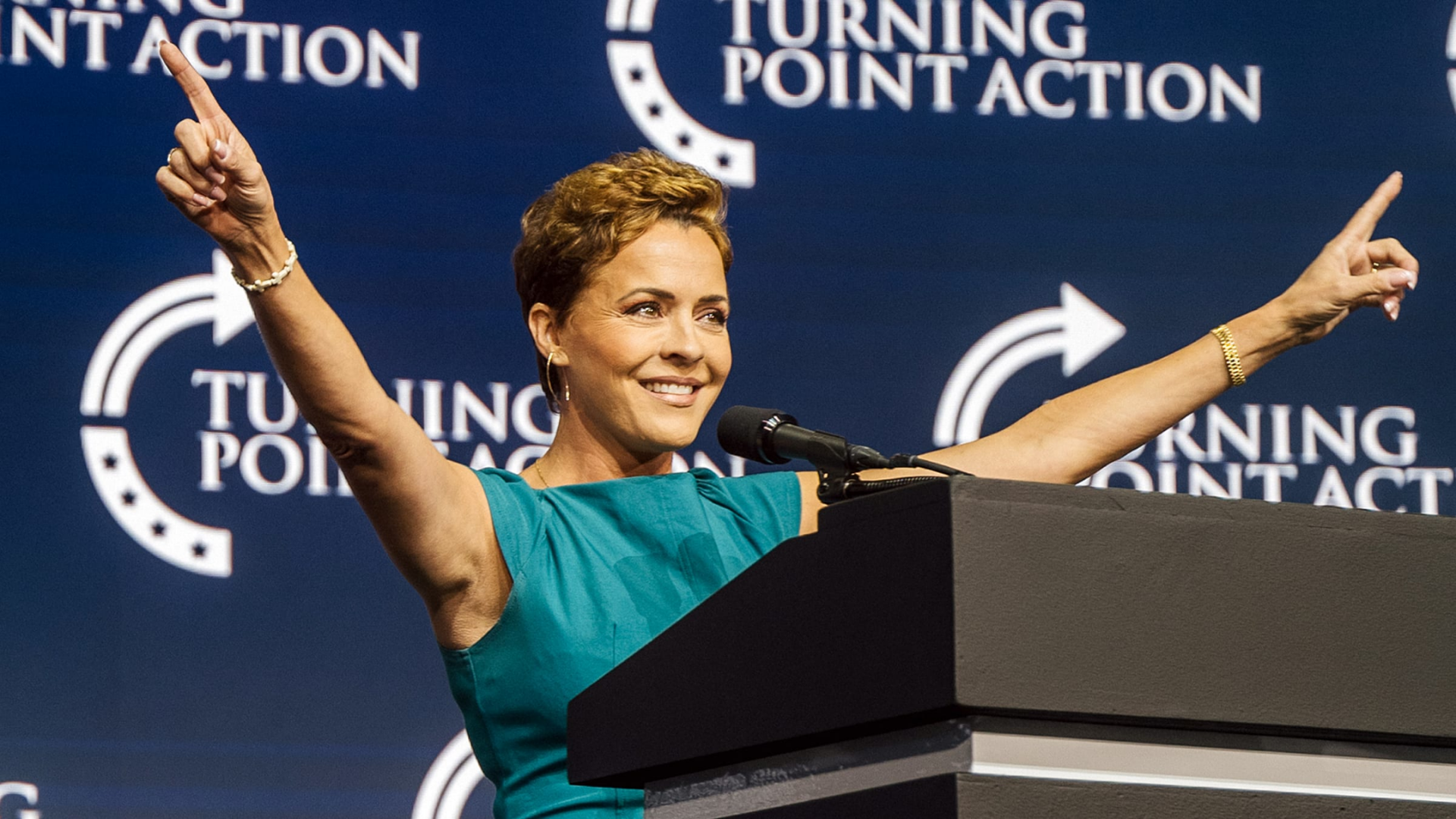 The upcoming rally will mark the second visit this year to Arizona for former president Trump. The last visit to Arizona saw thousands of supporters in atendance at an arena in Prescott Valley . In the rally, the former president slammed the Biden Administration over inflation and the border crisis. He then targeted Gov. Doug Ducey. calling him in part, “all talk and no action.”

“You’ll see what can happen when Kari Lake becomes your governor. It’ll be like day and night,” Trump said to his supporters the last time he was in Arizona.