One Damn Thing After Another by W. Barr 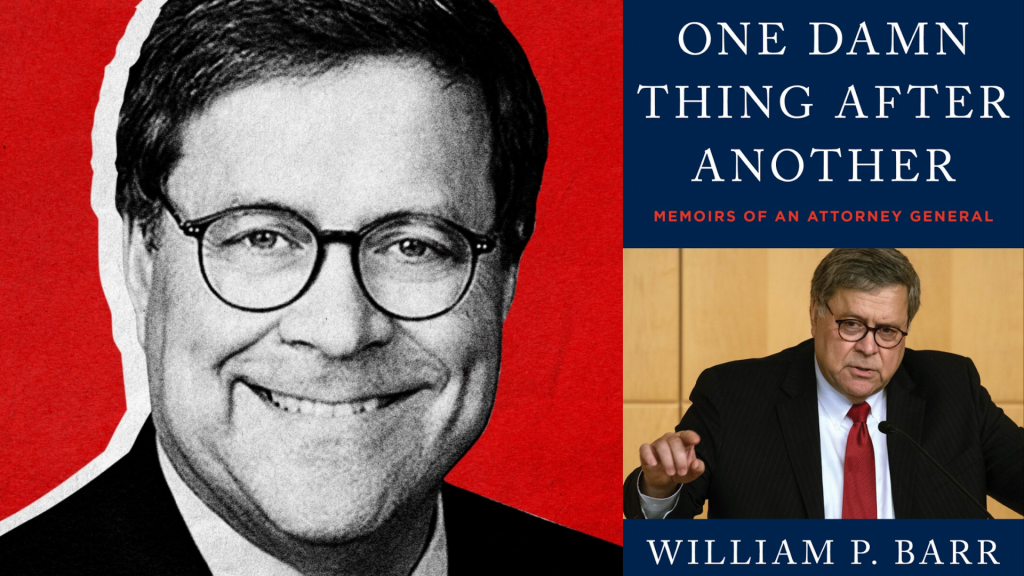 If we read the book, One Damn Thing After Another delivers the expected. Barr gives Trump a thumbs-up for helping and supporting the Republican white working-class base, satisfying social conservatives and meeting the demands of donors.

At the same time, Barr also wrote in the book that suburbia came to find Trump offensive and insists that in the end, Trump crashed and burned despite Barr’s best efforts. Ultimately, like everyone else the 45th president ceased to find useful, Barr was simply spat out – a reality his memoir does at least acknowledge.

The book is somewhat informative. As expected, Barr omits relevant facts and engages in score-settling. He just kept on writing what Trump did and what he did not do

‘Trump is full of bull’, Barr on Trump

Let’s see what Barr has recently done. One day before his memoir was published, he told NBC that he would vote for Donald Trump for president in 2024 if Trump were the Republican nominee. For all Barr’s protestations about how the man was unsuited to the job, he continues to resist being banished from Trump’s garden. William Barr: Trump is full of bull – but I’ll vote for him. He said it in a different tone in his memoir.

What else Barr has mentioned?

Barr was attorney general for the first time under George HW Bush. In his book, he has also written about the Democrats and the media for their pursuit and coverage of “Iraqgate” and the US government’s extension of loan guarantees to Saddam Hussein in the run-up to the invasion of Kuwait. Barr also singles out William Safire, the late Nixon speechwriter and New York Times columnist, for special condemnation. A Clinton administration investigation cleared Barr of legal wrongdoing – a fact he rightly emphasizes. But he neglects to mention that in October 1989, Bush signed National Security Directive 26, which effectively boosted Iraq as a counterbalance to Iran. From there, things were not exactly as planned.

The president and his team overly gave courage to Saddam. His unprovoked land grab was an unintended consequence of a policy pivot.

Barr wrote in his book that he grew up in a loving home, a product of Catholic education, a player of the bagpipes. He completed his schooling at the Horace Mann School in Riverdale. As Barr notes, the school was liberal and full of Jewish. As a Columbia undergraduate, he stood against Vietnam war protesters. His antipathy toward the radical left is longstanding. He joined the Majority Coalition, a group of students and faculty members who defended the main administration building. As recorded by the late Diana Trilling, some rioters had no worry about trashing the school, then demanding the authorities

Barr belonged to a very conservative family. His father served in the second world war. His older brother fought in Vietnam. In 1964, Barr helped his dad distribute campaign literature for Barry Goldwater’s ill-fated presidential campaign. He still does: he is a culture warrior in a Brooks Brothers suit.

Barr does take aim at Joe Biden for his stance on Russia. “Demonizing [Vladimir] Putin is not a foreign policy,” Barr writes, nor “the way grown-ups should think”.