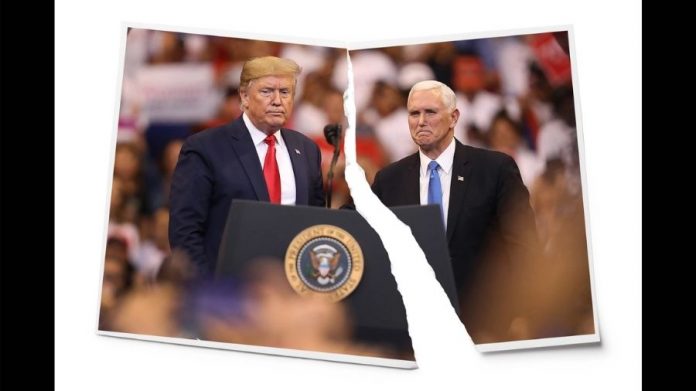 While there was a hike in the coronavirus cases in the US, the then vice-president appreciated the response from the Biden administration. And while there was a violent mob who threatened his life during an attack on the US Capitol in response to Trump’s tweets, Pence decided to take his political ambition a notch higher and introduce a bit of vendetta against Trump in the mix.

Now, when it’s been a long time removing Donald Trump from office, Pence has also started maintaining a safe distance from him. This is because Pence now is taking steps towards the white house bid.

Last month, Pence also mentioned that his former boss was completely wrong about the fact that Trump had the power to turn the results of the 2020 election.

Marc Short’s views on the situation

Marc Short who served as Pence’s chief of staff at the white house mentioned Pence’s recent moves. He says that when someone is playing such an important role of Vice President then you have certain responsibilities as well as constraints too.

After Trump joined the ticket in the year 2016, there are many principles and views which are completely different from Trump and they should be taken into consideration as well. Pence has been a critic to Putin for a very long period of time. And also expects him to speak about Ukraine

Pence also made a surprise visit to Ukraine’s border along with Poland. Therefore, he crossed Ukraine and helped deliver the food to the refugees fighting in the war.

People are getting to know the real Mike Pence. As said by Graham, now people are seeing and will continue to see that what he says he does the same. Now he will speak for himself and not President Donald Trump.