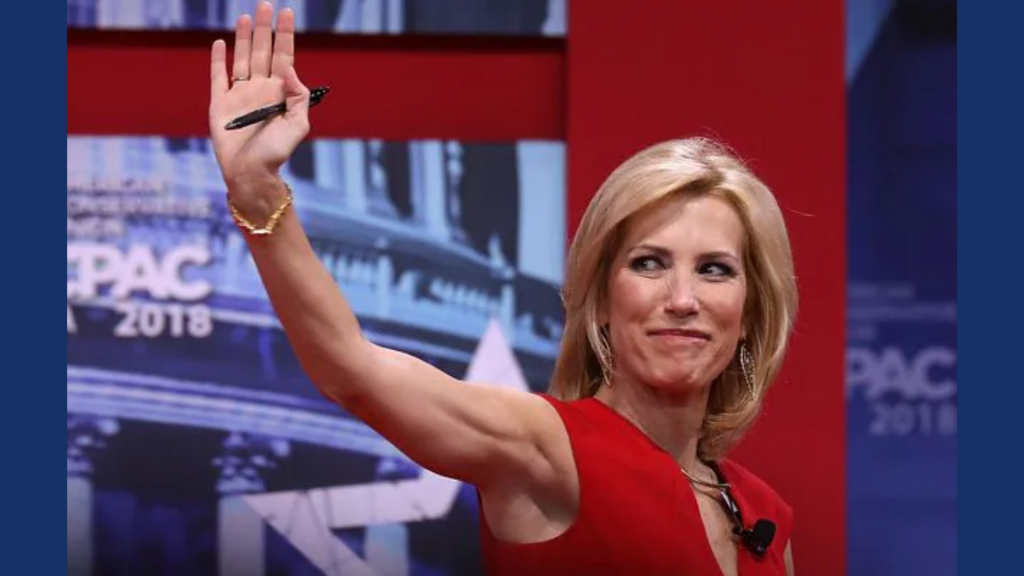 Laura Anne Ingraham is an American conservative television personality who was born on June 19, 1963. Since October 2017, she has hosted The Ingraham Angle on Fox News Channel and is the editor-in-chief of LifeZette. She previously hosted The Laura Ingraham Show, a nationally syndicated radio show.

In the late 1980s, Ingraham served as a speechwriter in the Reagan administration. She subsequently received a J.D. and went on to serve as a judicial clerk in New York’s Second Circuit Court of Appeals and then for United States Supreme Court Justice Clarence Thomas.

The New York Times labelled Ingraham as an “ardent nationalist” in 2017. She is well-known for her enthusiastic support for Donald Trump. During his tenure, she served as an unofficial advisor to the government, in violation of journalistic ethics.

In 2014, she was a vocal opponent of the planned immigration reform, claiming that allowing more foreign labour to enter the country would be “obscene to the American experience.” She was opposed to the proposed bipartisan comprehensive immigration reform package in the United States Senate in 2013. Ingraham has stated that Ronald Reagan, Robert Bork, and Pat Buchanan are among her influences.

Variety labelled Ingraham as a “no stranger to generating controversy” and Politico as a “name-brand provocateur” According to Business Insider, Ingraham’s on-air manner is “wad[ing] into debates on racism and gun violence”

Ingraham mocked reports in June 2019 that Trump had delayed his participation in D-Day commemoration activities in order to sit for an interview with her, calling them “patently false—fake news” despite video of the interview showing Trump saying, “These people are so amazing, and what they don’t realize is that I’m holding them up because of this interview, but that’s because it’s you.”

Ingraham also promotes several conspiracy theories, one of which is rather comical. For most of the first year of the coronavirus outbreak, President Donald Trump and his associates promoted an experimental medicine, hydroxychloroquine, as a potential cure-all. It never came to fruition.

However, many of the same people and organizations appear to have been unaffected by the experience. They have slowly pumped another rumoured possible wonder medication into the political bloodstream over the last nine months: ivermectin.

The Ivermectin drug is actually meant to be used for deworming cattle.

To be clear, ivermectin may have some therapeutic advantages in treating the coronavirus. It’s just that the evidence is very equivocal — and several of the most often referenced studies in support of the medicine contain flaws.

In the absence of comprehensive immunization efforts, the medicine has been routinely recommended in poorer nations. Particularly, nations in Latin America looking for a quick and cheap coronavirus therapy. 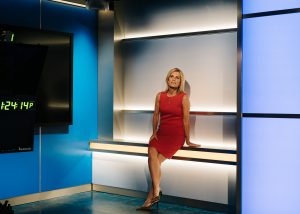 Some studies have demonstrated effectiveness, but most use extremely small sample numbers and methods that are far from optimal. One of the most often quoted studies was conducted by experts who advocated for the drug’s usage, while another in Egypt was pulled by its publisher last month due to concerns about plagiarism and suspicious data.

On December 1, Ingraham welcomed a doctor who counselled Trump and said that social isolation and quarantining do not work. He referred to the medicine, along with hydroxychloroquine, as “very successful and very safely used in most of the world.”

A week later, then-Senate Homeland Security Committee Chairman Ron Johnson (R-Wis.) sponsored a contentious hearing that included two doctors who campaigned for ivermectin as witnesses. During the hearing, Johnson alleged that the material presented by his witnesses was being blocked on social media.

The next day, Ingraham advanced a conspiracy notion that persists to this day: that medications like ivermectin are being repressed as coronavirus treatments because they are too inexpensive — or perhaps because they might imperil the vaccines emergency authorization.

Ingraham is an anti-immigrant activist. She chastised House Majority Leader Eric Cantor in 2014 when he voiced support for the DREAM Act and a Republican initiative to provide a road to citizenship for young immigrants.

Cantor was facing a primary challenge from Dave Brat at the time, which he eventually lost. “Few people did more than Ms Ingraham to propel Mr Brat … from obscurity to national conservative hero,” according to The New York Times. According to Ingraham, the campaign would be remembered as “down as one of the most significant repudiations of establishment immigration reform that I’ve seen in my 20 years of doing politics” and the outcome will mean that “immigration reform is DOA”

In an interview with Elmers, Ingraham accused Elmers of advocating amnesty and employing leftist talking points, calling her remarks “infuriating to my listeners”

Ingraham said in September 2014 that President Obama sent aid to Africa during the 2014 Ebola epidemic, exposing Americans to the infection as a result of his remorse about “colonialism”

”Our current leadership releases its own share of propaganda on a regular basis,” Ingraham takes a jibe at Biden

Ingraham recently lashed out at the Biden Administration, saying that propaganda was being fed to the people of the US.

“Everybody knows the Russians, like the Chinese, they’re masters of propaganda,” Ingraham said. “They used to use it to control their people by controlling the information flow. Yet sadly, in the United States, our current leadership releases its own share of propaganda on a regular basis.” Ingraham criticized Psaki’s framing saying, “The word the Biden Team wants you to remember is ‘intense,’ as in Biden’s National Security adviser had an intense meeting with a top Chinese diplomat.”

Psaki had said, “It was an intense seven-hour session reflecting the gravity of the moment, and it was an opportunity to be very clear about what you’ve heard our national security adviser convey publicly, but more directly about what the consequences would be.”