The docuseries ‘Trump: Unprecedented’ about Former President Trump will be released on July 10 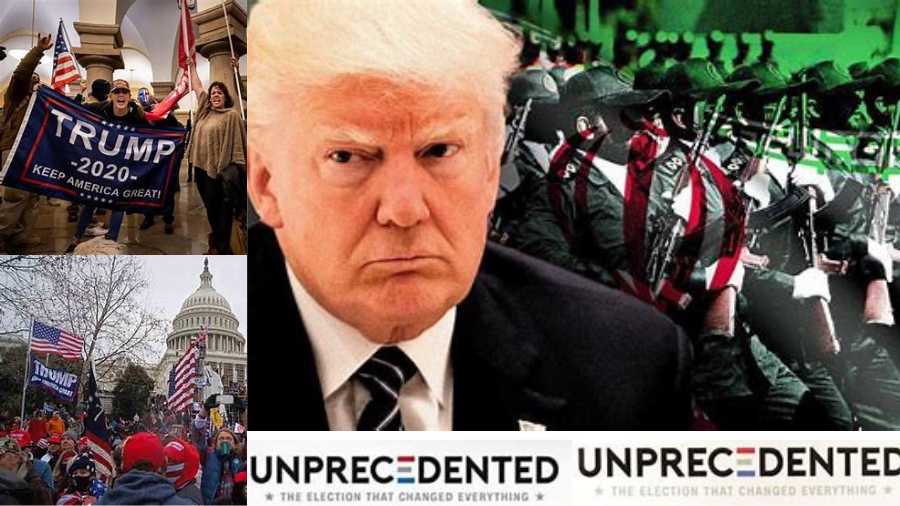 On July 10, 2022, “Trump’s Unprecedented,” the much-awaited documentary that includes previously unseen videos of former US President Donald Trump and his family, will be released. The documentary series features videos from the final six weeks of the 2020 presidential campaign as well as the Trump family’s responses to the results. The show’s creators are Alex Holder and AJH Films. The three-part docuseries include candid sit-down interviews with President Trump and members of his family, including his sons Donald Trump Jr. and Eric Trump, daughter Ivanka Trump, and son-in-law Jared Kushner. It also includes commentary from the reporters who covered the events as they happened. With unmatched access, “Trump: Unprecedented” offers a relevant examination of recent history and includes the final interview President Trump conducted while serving in the White House. The show debuts on Discovery+.

The docuseries ‘Trump: Unprecedented’ about Former President Trump will be released on July 10: On January 6, 2021, in Washington, D.C., supporters of President Donald Trump engaged in combat with law enforcement 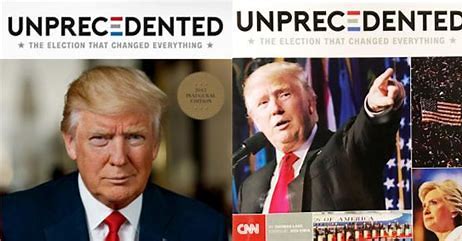 On January 6, 2021, in Washington, D.C., supporters of President Donald Trump engaged in combat with law enforcement. As Congress prepared to declare President-elect Joe Biden’s 306-232 victory in the Electoral College, protesters gathered in the capital of the country. The trailer for the upcoming docuseries teased exclusive interviews with Jared Kusher, the president of the United States, and his children. Ivanka’s husband, Jared Kushner, is also shown fretting about the positioning of a table with a glass of water on it in the two-minute, 24-second clip, which was first obtained. Also included are Don Jr. and Eric Trump. The titles, “With exclusive access… to the most contentious family in the world” and “Gaining Power is easy…,” are intercut with the visuals. Giving up, is not it?

The docuseries ‘Trump: Unprecedented’ trailer also features dramatic shots of the 45th president’s supporters furious over the results of the 2020 election 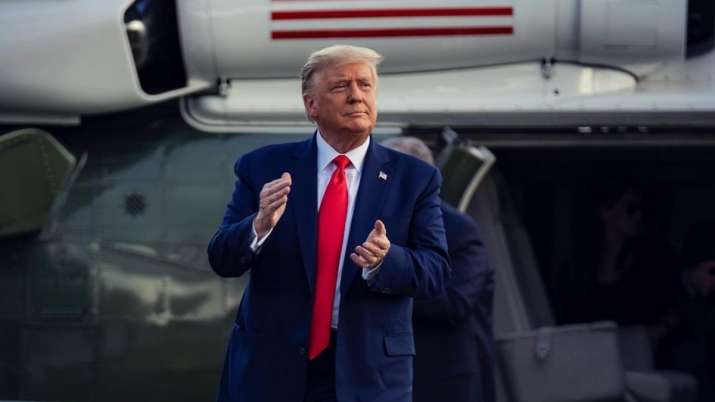 The trailer also features dramatic shots of the 45th president’s supporters furious over the results of the 2020 election, with one of them yelling, “Get the roaches out!” Holder provided the House Select Committee looking into the events of January 6, 2021, with footage filmed for the series at campaign rallies and within the White House. In one unsettling clip from the teaser, Eric Trump is heard saying, “For the sake of this country, we’re going to catch these men,” while on the phone. The call’s context is not made apparent. On January 6, 2021, in Washington, D.C., supporters of President Donald Trump got into a fight with police at the US Capitol. As Congress convened to ratify Joe Biden’s 306-232 victory in the Electoral College, protesters gathered in the nation’s capital. The eagerly anticipated docuseries will feature a video from the Capitol brawl last year. NY Post’s James Keivom. The teaser released on Tuesday included a montage of violence as Trump backers broke into the Capitol.

What more can be seen in Trump’s ‘Unprecedented’ trailer?

One rioter can be heard shouting, “We’ve got to drive the bugs out, all of them,” while another, carrying a letter from House Speaker Nancy Pelosi’s office, declares, “This is my house.” Donald Jr. and Kushner both referred to Trump as an “unconventional guy”, and Kushner stated that his father “believes that everything that he’s doing is right.” The movie’s unique conversations with the former president will be highlighted, according to the trailer.

One talking head is heard saying, “Trump has always seen his project as a dynastic one. Do you miss me yet? Trump can be heard asking in the background as the music begins to fade toward the end of the trailer. Holder spoke before the committee last month and has previously said that he entered the initiative with “no objective.” “We merely want to learn more about the Trumps and what drove them to cling to power so tenaciously. He tweeted on June 21 in response to the subpoena, “We have duly provided all the materials the Committee has requested and we are completely complying.

Ivanka, the former first daughter, is seen fretting over her clothing and begging to borrow a cosmetic artist’s dog in the trailer

Ivanka, the former first daughter, is seen fretting over her clothing and begging to borrow a cosmetic artist’s dog in the teaser for a forthcoming docuseries on the Trump family. The highly anticipated Discovery+ series “Unprecedented” by director Alex Holder examines the events leading up to and following the Capitol riot on January 6, and its trailer intercuts violent, emotional moments with strange glimpses of the then-first family getting ready for sit-down interviews. You see this line, right? In one of the clips, Ivanka questions while pointing to a fold in her dress at the waist. Later, she is shown laughing and requesting permission to sit the makeup artist’s dog on her lap, ostensibly to hide the costume. She laughs, “Can I borrow your dog?” 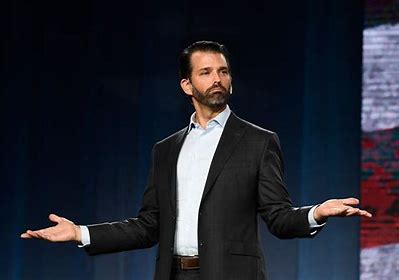 American political activist, businessman, author, and former television host Donald John Trump Jr. is the oldest child of Ivana Trump, a successful entrepreneur, and Donald Trump, the 45th president of the United States. Along with his younger brother Eric, Trump manages The Trump Organization as an executive vice president and trustee. In spite of a promise that they wouldn’t, the brothers continued to do business, make investments abroad, and receive payments in the form of equity in their American assets from foreign governments while their father was president. Trump participated in his father’s TV program The Apprentice as a boardroom judge as well. In 2019 and 2020, he wrote Triggered and Liberal Privilege, respectively. Trump took part in his father’s 2016 campaign. He met with a Russian lawyer who promised to provide damaging information about Hillary Clinton’s presidential campaign as part of his collaboration with Russia in their meddling in the 2016 American elections. He has supported a number of conspiracies. 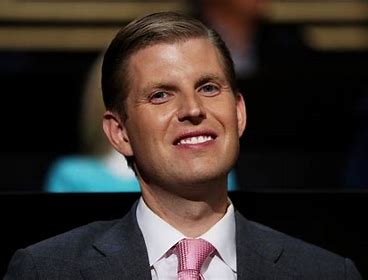 American businessman, activist, and former reality television host Eric Frederick Trump. He is the second son and third child of Donald Trump, the 45th president of the United States, and Ivana Trump. Trump runs his father’s company, the Trump Organization, with his brother Donald Jr. as executive vice president and trustee. He additionally participated in his father’s TV program The Apprentice as a boardroom judge. The brothers broke their promise not to participate in new international ventures or accept payments from foreign governments in their U.S. properties while their father was still president.

“Ivanka” Ivana Marie The first daughter of former President Donald Trump, Trump is an American businesswoman. She served as the director of the Office of Economic Initiatives and Entrepreneurship and was a senior counselor in his administration. 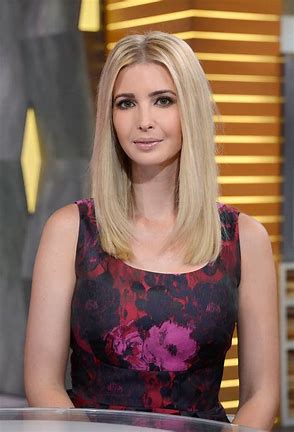 She converted to Judaism before marrying her husband, Jared Kushner, and is the daughter of Trump’s first wife, Ivana. She is the first Jewish member of the first family. She served as the Trump Organization’s executive vice president, which is a family business. She served as a boardroom judge on The Apprentice, the TV program hosted by her father. Trump transitioned out of the Trump Organization in March 2017 to work with Jared Kushner as a senior adviser in her father’s presidential administration. She was given access to sensitive information while not being subject to the same constraints as a federal employee, which prompted ethical questions. As a result, Trump voluntarily agreed to submit the “financial disclosure forms required of federal employees and be bound by the same ethics laws.”

An American investor and businessman with the name of Jared Corey Kushner. His father-in-law, Donald Trump, the 45th president of the United States, employed him as a top advisor. Kushner established Affinity Partners after leaving the White House, a private equity company that receives the majority of its funding from the sovereign wealth fund of the Kingdom of Saudi Arabia. 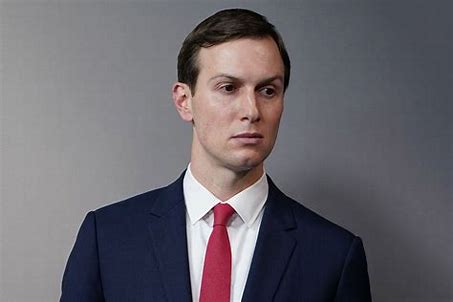 Kushner, who is married to former President Trump’s daughter and fellow advisor Ivanka Trump, is the son of former real estate magnate Charles Kushner. His business career began when he took over control of his father’s real estate firm, Kushner Companies, following his father’s fraud conviction and jail. Later, he also acquired Observer Media, the New York Observer’s publisher. Co-founding and holding a portion of the ownership of the online real estate investment platform Cadre. Kushner was instrumental in the creation and management of Trump’s digital media strategy throughout the 2016 presidential campaign. His appointment as a senior White House advisor in 2017 sparked questions about nepotism.