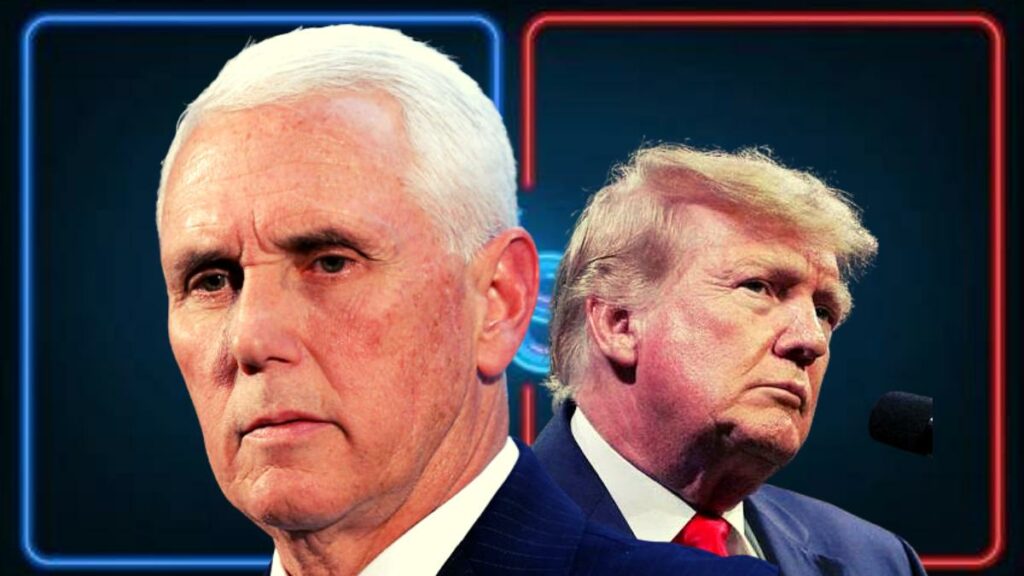 Former Vice President Mike Pence said in a recent interview to discuss his upcoming memoir that former President Donald Trump’s “reckless” comments on January 6 last year threatened his safety along with his family’s, and everyone at the Capitol, marking his latest public criticism of the former president.

Former Vice President Mike Pence said then-President Donald Trump’s words and actions during the Jan. 6, 2021 riot “endangered me, my family, and everyone at the Capitol building.” Pence made the statement during an interview with host David Muir, parts of which were released on Sunday and will be fully released on Monday.

“It angered me,” Pence said in the interview. “But I turned to my daughter, who was standing nearby. And I said, ‘It doesn’t take courage to break the law, it takes courage to uphold the law.’ The president’s words were reckless. It was clear he decided to be part of the problem,” the former vice president added further in one of his strongest rebukes of former president Donald Trump.

Former Vice president Mike Pence was fiercely loyal in public during the administration under Donald Trump, but in the aftermath of the January 6 riot, in which Trump supporters chanted to hang the then-vice president, he has occasionally criticized his former boss, most notably in February, when he publicly denounced the former president’s election fraud claims.

“President Trump is wrong,” said Mike Pence  at the time, referring to the claim that he, as vice president, had the authority to reject Electoral College votes unilaterally, and added that he had no legal standing to overturn the election.

The former Vice President whose memoir titled So Help Me God is releasing the same day as the former president’s ‘big announcement,’ presumably, a 2024 White House bid, writes in his memoir, that after he told Trump he doesn’t have the power under the constitution to choose which votes to accept or reject, the former president responded: “You’re too honest…hundreds and thousands are gonna hate your guts…people are going to think you are stupid.”